October 23 2017
27
"All countries located near Turkey are part of its interests."
Recep T. Erdogan 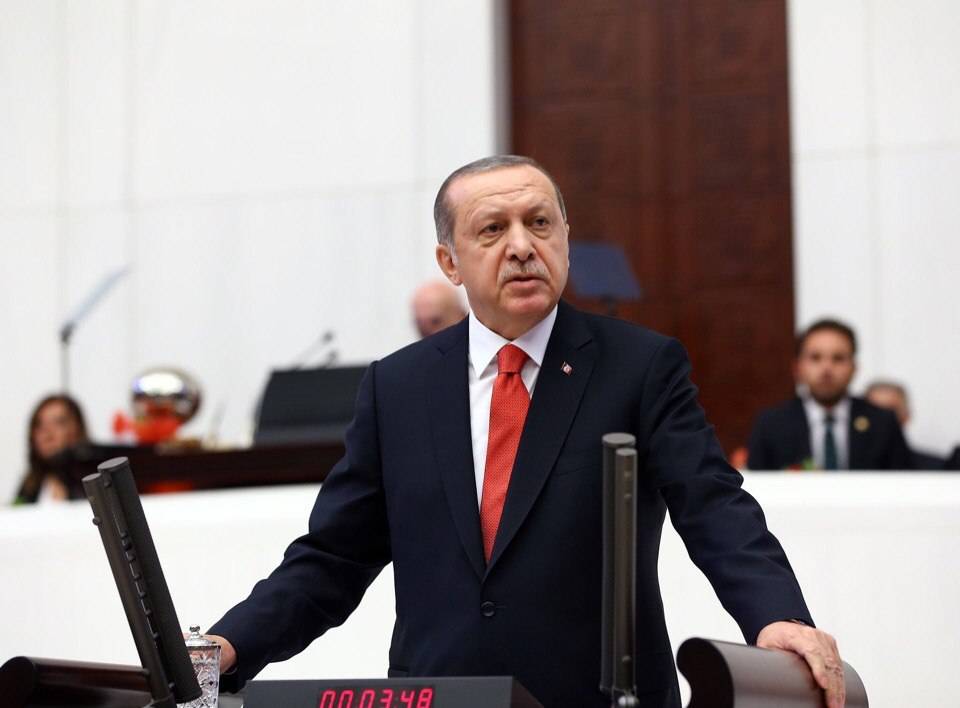 The statements of the permanent Turkish leader about the claims of Turkey to the primacy of the entire Islamic (more precisely, Sunni) world is nothing new. Moreover, it can be said that at present the whole country is reaping the bitter fruits of that inconsistent foreign policy that was carried out by its political leadership following the events of the so-called "Arab Spring". After all, it was then that the foreign policy doctrine of Turkey “zero problems with neighbors” turned into an offensive for Turkish strategists “zero neighbors without problems”.

As noted by the well-known Turkologist, teacher of the military department of MGIMO Vladimir Avatkov, modern Turkey, having, without exaggeration, great-power ambitions, does not have the resources sufficient to conduct an independent (sovereign) foreign policy. The advantages of its position between East and West, Europe and Asia, at the same time make it vulnerable to threats from both sides. The current leadership of Turkey, represented by the ruling Justice and Development Party (AKP), in essence, having already buried Atatürk’s legacy, pursues a targeted policy of Islamization of Turkish society. In this regard, against the background of the failure of attempts to export the Turkish model of political Islam, the ideas of the unity of all Turks (all Turkic nations) under the patronage of the Turkish Republic come to the fore. And although this issue (more precisely, a full-fledged ideology) has many aspects (including those directly related to ensuring the national security of the Russian Federation), I would like to note that this topic is most relevant at the moment in the context of a new conflict Middle East - armed clashes between the Kurds and the Iraqi army, supported by Shiite militias.

Earlier this week, it became known that the city of Kirkuk, with its 1.5 million inhabitants, inhabited by Arabs, Kurds and Turkomans, came under the control of the Iraqi government army. Being the center of the same name of the richest oil province, during the war against ISIS (an organization banned in the Russian Federation), it was liberated by the Peshmerga forces (Kurdish armed forces). However, as a result of the recently revealed disagreements between the leaders of the Barzani and Talabani clans, the city was surrendered without a fight.

It became known yesterday evening that Kirkuk’s Turkomans appealed to Erdogan with a complaint against Shiite militia representatives:
“Our request to Erdogan is that he change his policy. So he supported the Kurds. While the Kurds ruled the city, nobody fired at us. Let the Peshmerga return to Kirkuk <...> Shiite militants are our enemies. ” 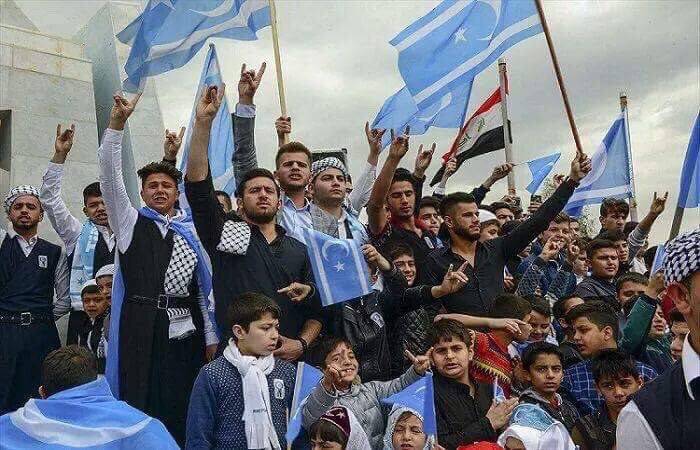 This moment is all the more interesting because two weeks ago, a meeting took place in Tehran between the rakhbar (the supreme ruler of Iran) Ali Khamenei and Recep Erdogan. During the talks, issues of resolving the Syrian conflict and, no less importantly, joint actions against Kurdish separatism that flourished in Iraq after the Barzani clan held a referendum on independence from Baghdad were discussed. The separatism of the Kurds is a headache for both Turkey and Iran because of the large number of representatives of this people on the territory of these states.

However, yesterday Erdogan announced that Ankara does not intend to conduct any negotiations with the militants of the Shiite militias occupying the disputed territories in the north of Iraq. This is about all the same Kirkuk. Already today it became known that the former Prime Minister Ahmed Davutoglu, echoing the president, calling for the completion of the operation in Iraqi Kurdistan and returning to the negotiations on the status of Kirkuk, echo the president. Thus, during the discussion, he earned the title of "lobbyist Barzani" from his opponent, the head of the radical Turkish nationalists, Devlet Bakhcheli. Davutoglu’s statement looks all the more remarkable that Erdogan himself, as it has become known today, refused Masud Barzani’s offer of a meeting - even though Turkey had very active economic ties with Iraqi Kurdistan before and now, more for sure, with the clan Barzani, whose "headquarters" is the city of Erbil, which is now "at gunpoint" in the Iraqi army, the Shiite militias and their military advisers from Iran. These economic relations not only existed, but also showed a steady upward trend, which is confirmed by Kurdish sources (referring mainly to the field of energy, and, more precisely, the trade in hydrocarbons).

Leaving out the discussion of representatives of different political factions of the Turkish government on approaches to resolving the current situation, it can be argued on the basis of the above arguments that in conditions of consensus between the leadership of Turkey and Iran on the issue of fighting Kurdish nationalism, the Iranians (whose special services coordinate Shiite militias in Iraq ) Kirkuk is obviously “over-dodging” to his side, since now he is under the control of the Shiites: while Erdogan is trying to resort to the protour factor Tsuki-minded turomanov considered as agents of the Turkish "soft power" in the region (especially in Kirkuk, but not only). Against the background of this "tacit" struggle between the Turkish and Iranian agents, both sides do not stop bilateral cooperation and coordination in suppressing Kurdish separatism as such: the Turks - through conducting a military operation in Idlib in the north of Syria (against the Turkish and Syrian Kurds, in particular against the Kurdistan Workers' Party, a recognized terrorist organization in Turkey), Iranians through the coordination of the Iraqi army and Shiite militias in the north of Iraq (against Iraqi Kurds, not lagging behind drank from the independence they proclaimed - the Democratic Party of Kurdistan led by the Barzani clan in peak of the Talabani clan, which expressed its loyalty to the Baghdad government). So, in particular, the Iranian general, head of the special forces of the "El-Quds" of the Islamic Revolution Guards Corps of the Islamic Republic of Iran, Kassem Suleymani, who is renowned in the Middle East, is currently not far from Kirkuk. The Kurds themselves claim that it was he who led the Iraqi military operation against Kirkuk. 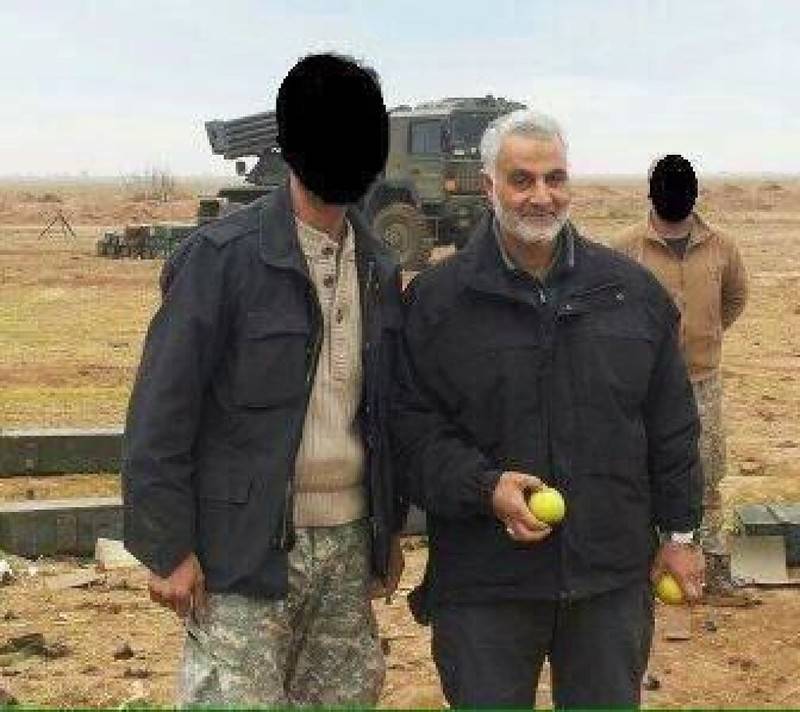 Of course, it is possible that the struggle for the division of Kirkuk’s oil wealth is still to come (as well as the war of the Kurds, above all, the Barzani clan against the Iraqis in northern Iraq), but at the moment the Iranians have clearly more leverage over the situation than the Turks which, being deprived of their own sources of energy, will continue to try to gain, one way or another, access to the fields of Kirkuk. In any case, despite the loud rhetoric of Erdogan, modern Turkey is not fully capable of bearing the burden of the Ottoman Empire. Rather, the star of the new Persian Empire is now rising in the Middle East, inspiring fear in both Saudi Arabia and Israel. And we, as the ominous northern neighbors of the Iranians, should watch this closely.

Ctrl Enter
Noticed a mistake Highlight text and press. Ctrl + Enter
We are
Memo to mercenaries in AfricaSyria: Americans scare themselves, and Asma Asad buys chairs
27 comments
Information
Dear reader, to leave comments on the publication, you must to register.