October 20 2017
5
The Iraqi army declared full control over the city of Altun Kupri in the province of Kirkuk after clashes with Kurdish armed units of the Peshmerga.

Anti-terror, federal police, Al-Hashd al-Shaabi militia units ensure security and order in the city of Altun Kupri in the province of Kirkuk. City under the control of our federal forces
- said the press service of the Joint Command of the Iraqi Armed Forces. 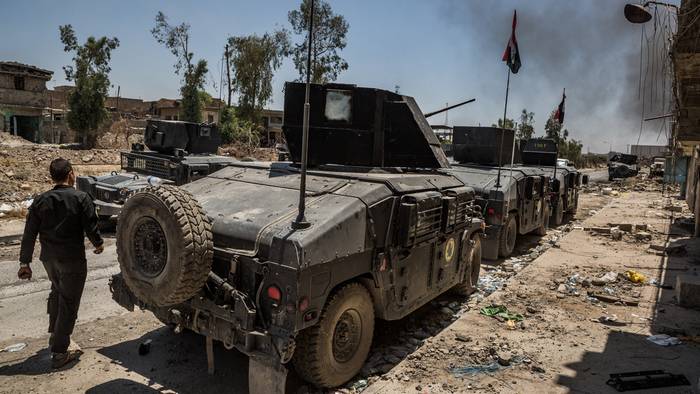 Earlier on Friday, Kurdish TV channel Rudaw reported on military clashes between Kurdish militia and the Iraqi army using heavy military equipment. Representatives of the Kurdish military said the channel that the Peshmerga had managed to “repel the offensive” and “burn down two Hammy armored cars.” The representative of the Peshmerga claimed that the Shiite militia “used heavy American weapons” during the attack. The dead and wounded were not reported.

The pro-government militia forces (Al-Hashd al-Shaabi), a Shiite militia, also take part in the operations of the Iraqi forces, according to the decree of the Iraqi Prime Minister, equal in status to counter-terrorism units, reports RIA News