October 20 2017
21
Russia fulfilled its promise to deliver six MiG-29 fighters to Serbia for the 73 anniversary of the liberation of Belgrade from the Nazi invaders, Russian Defense Minister General of the Army Sergei Shoigu said at a meeting with Serbian Defense Minister Aleksandar Vulin on Friday. 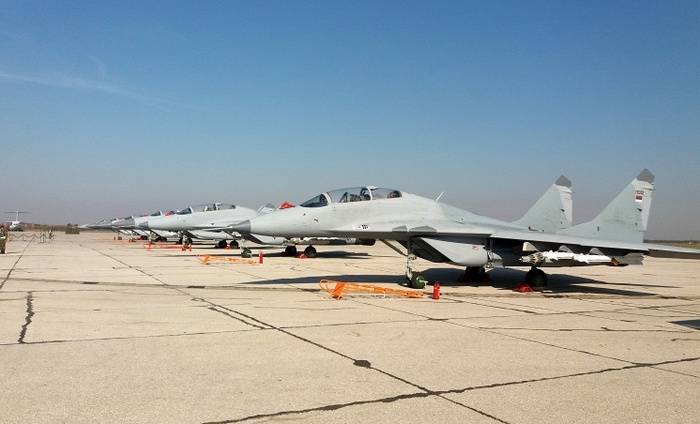 In August, when you were in Moscow, I promised that by this holiday planes will be in Belgrade. Aircraft in Belgrade. I am sure they will serve as a reliable shield and guarantor of the independence and security of Serbia
- said Shoigu.

Six MiG-29 fighters are allocated by decision of the President of the Russian Federation Vladimir Putin. Earlier it was reported that six MiG-29 flew from Russia to Serbia in early October.

According to the publication, the Ministry of Defense of Serbia can purchase up to seven MiG-29 fighter jets. The ownership and status of the RB Air Force fighters in this case are not reported.

Ctrl Enter
Noticed a mistake Highlight text and press. Ctrl + Enter
We are
Moscow and Minsk will multiply the former strength of the air defense of fraternal Serbia: C-300, "Baikals" and "MiGs" for Belgrade
21 comment
Information
Dear reader, to leave comments on the publication, you must to register.