In Naberezhnye Chelny, a firefighter version of the MT-LB tractor is being created

October 20 2017
7
In the workshop of the Remdiesel enterprise (Naberezhnye Chelny), a fire variant of the MT-LB tracked tractor was noticed, which differs somewhat from the previously developed machines by the presence of attachments, reports bmpd. 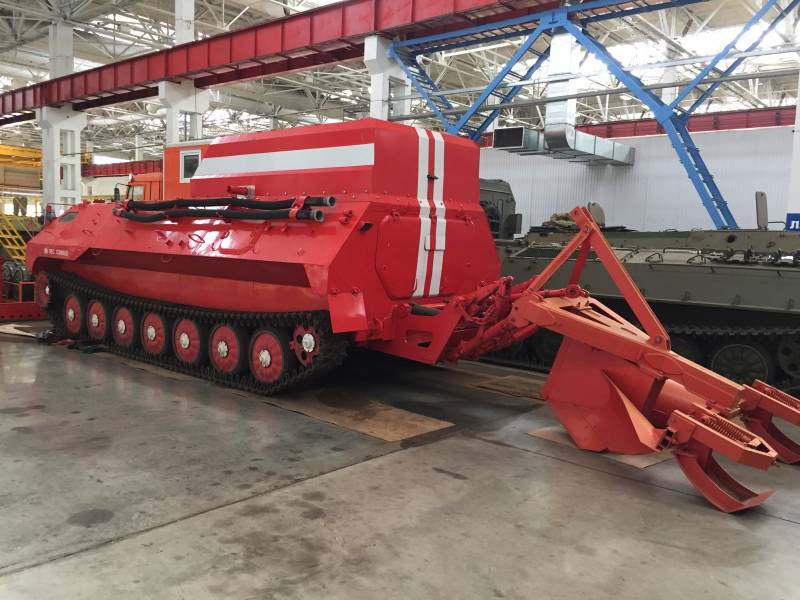 Fire extinguishing machine based on MT-LBU tractor in the workshop of AO Remdizel, 2017 year.

It is reported that "on the chassis of the overhaul of MT-LB and MT-LBu, pumping equipment and water-filled fire monitors were installed using a fundamentally new extinguishing technology."

The new fire extinguishing technology compared to the existing one “allows in the shortest possible time to ensure reliable extinguishing of large-scale post-emergency fires, fires of flammable liquids in tanks and straits over large areas, fires in ammunition depots,” the article notes.

Combined fire extinguishing installations provide fire extinguishing on 1000 and more square meters. meters in 1-2 minutes. The use of plants on commercially available equipment allows to increase their efficiency at least 5-10 times.

Ctrl Enter
Noticed a mistake Highlight text and press. Ctrl + Enter
We are
Demining machine "Finder"
7 comments
Information
Dear reader, to leave comments on the publication, you must to register.