The first and last term of Poroshenko 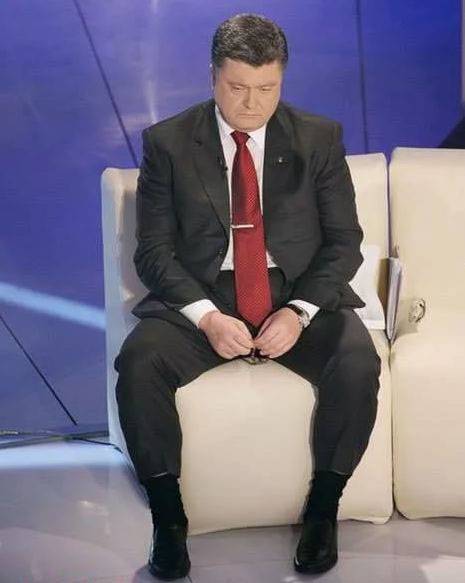 The tumultuous romance between Poroshenko and the West failed. Love to the grave did not happen.

In Ukraine, launched an informal election campaign. Let me remind you that first the presidential and later parliamentary elections will be held in this country in 2019 year. Rather, they are planned. Indeed, already now many political forces insist on holding early parliamentary elections in connection with the inefficiency of the current Verkhovna Rada, while others are initiating impeachment of the president. But we will imagine that everyone will serve their due dates, and the new presidential elections in Ukraine, for the first time in storiesBy the way, will be held exactly on the appointed date.

So, the main question: who will be the next president of Ukraine? Judging by numerous studies, the prospects for all more or less real candidates today are, to put it mildly, not bright. For example, according to a survey conducted by three sociological services (the Institute for Analysis and Forecasting, the Yaremenko Center for Social Research and the Social Monitoring Center), Poroshenko would be cast their votes 11,5% of Ukrainians, Yulia Tymoshenko - 13,6% , and for Vadim Rabinovich - 8,9%. Agree, it is too little and certainly does not promise any of the above candidates of victory.

However, even this modest list can be reduced. On Facebook, on the page of the social and political movement Justice, headed by Valentin Nalyvaychenko, posted a letter from the head of the Secretariat of the Bloc Petro Poroshenko Solidarity Maxim Savrasov to the territorial organizations of the party with a plan of action for the near future. 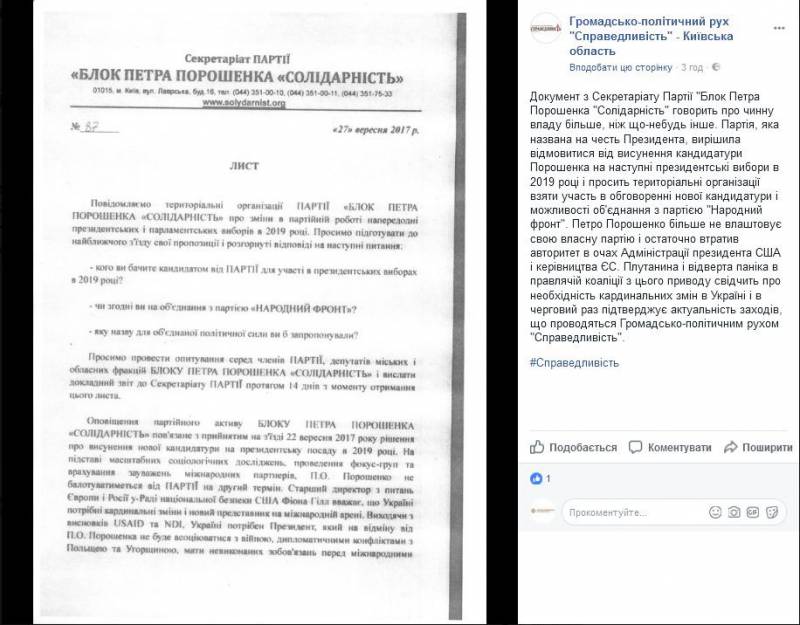 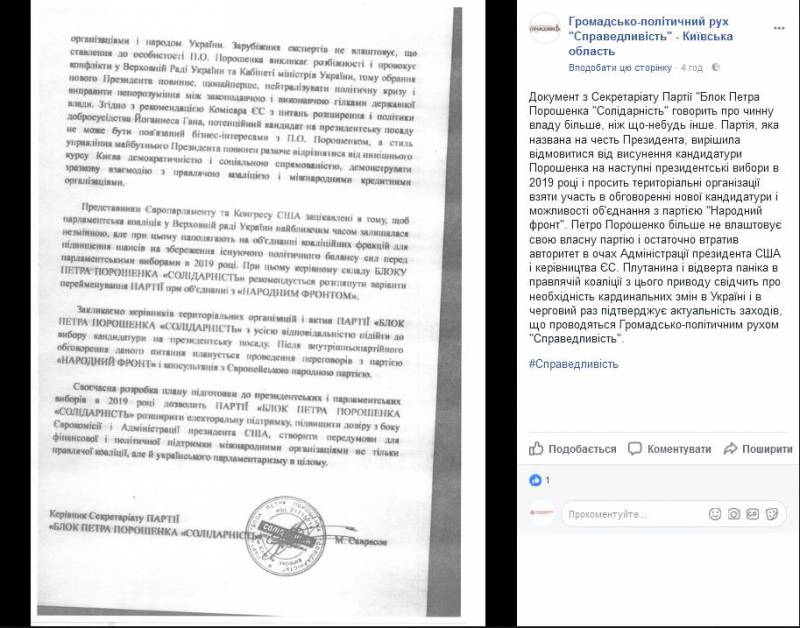 It turns out that another 22 of September 2017 of the year at the BPP-Solidarity congress was decided to refuse to nominate Poroshenko’s candidature to the presidency in the 2019 year.

Comrades, and Peter Alekseevich was sent to the scrap! He is not satisfied with his colleagues, or Europe, or America. Although what is there to be surprised about when, in more than three years of his presidency, he didn’t really fulfill any of his campaign promises. Recall some of them. He promised that the military operation in the Donbass will last "a few hours", as a result, the security forces are still shooting at civilians; promised to sell his entire business, as a result, still a businessman who only increases wealth; promised to fight corruption, reform the law-enforcement and judicial systems, and seriously engage in economic recovery and attracting investments to the country ... here I don’t even want to write about the result, you see everything. And I also remember very well how Poroshenko, at 2014, at a meeting with students of Kharkiv Law University, stated that "for three months I have been able to normalize relations with Russia." Well here, excuse me, absolutely no comments! This is with regard to domestic political promises. But he managed to seriously screw up on the international arena. For example, non-compliance with the Minsk Agreements, or, more recently, the introduction of amendments to the Education Act, which caused such a flurry of negative reaction that it is not known how this will end.

In general, everything is absolutely logical, and if Poroshenko is offended, if he stands on anyone, then only on himself. Meanwhile, in the Blok Petro Poroshenko Solidarity, in addition to finding a new candidate for the presidency, they are still thinking about uniting with the Popular Front and rebranding. All in the same letter published by the Nalyvaichenko movement, the territorial organizations of the party are invited to come up with their own versions of the name for the new united political force.

It is not clear what role Nalyvaichenko plays in this matter, besides the source of information. However, it is worth recalling that the former head of the SBU has repeatedly stated that he is ready to become president of Ukraine. He probably decided to start a pre-election race.

Ctrl Enter
Noticed oshЫbku Highlight text and press. Ctrl + Enter
We are
A great interview with Sergey Lavrov: about Ukraine, Obama and IranWhat you didn't want to know about England
Military Reviewin Yandex News
Military Reviewin Google News
32 comments
Information
Dear reader, to leave comments on the publication, you must to register.