Russian TCP in Syria once again confirmed their reliability

October 20 2017
8
The floating transporters (PTS) of the Syrian army continue to transfer personnel and equipment across the Euphrates River. Despite its age, these machines demonstrate high performance in overcoming water obstacles, unpretentiousness and reliability, writes Messenger of Mordovia. 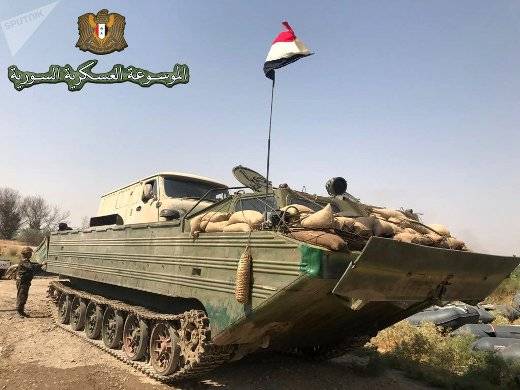 On the Internet there was a photo of this car with a UAZ on board. The transporter is able to transfer even heavier vehicles, such as the ZIL-131, Ural-4320, and others with a total weight of up to 10 t. The Soviet designers have built up in the conveyors an enormous potential that will allow them to successfully complete their combat missions for a long time.

Currently, Omsk designers have developed amphibian PTS-4. “The new machine is better protected, has a booking office division. Now, the fighters will not need to reinforce the front of the machine with sandbags, which should protect them from bullets and shrapnel, ”notes the author of the material, Lev Romanov. 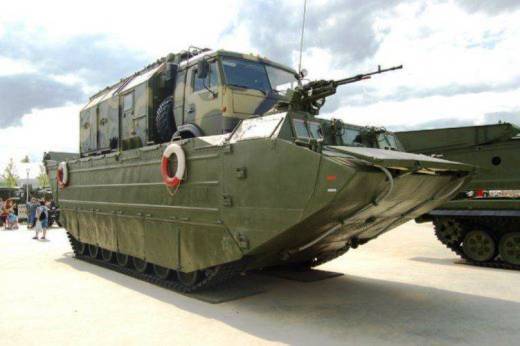 Ctrl Enter
Noticed oshЫbku Highlight text and press. Ctrl + Enter
We are
Ukraine has deprived itself of the ability to produce the once popular all over the world floating conveyorsCreated civilian modification PTS-4
Military Reviewin Yandex News
Military Reviewin Google News
8 comments
Information
Dear reader, to leave comments on the publication, you must to register.