October 20 2017
20
The Russian government has sent two billion rubles to pay for the contract for the manufacture and supply of six amphibious aircraft Be-200ES for the Emergency Situations Ministry, the corresponding order was published on Friday on the website of the Cabinet of Ministers. 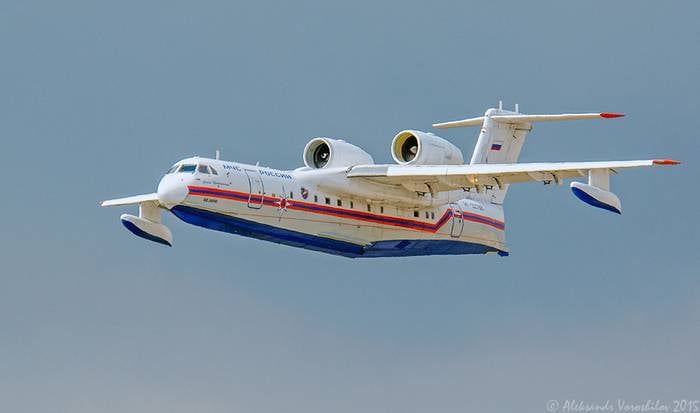 According to the document, the funds will be used to pay for the state contract in 2017 concluded with the Taganrog Public Joint-Stock Company aviation scientific and technical complex G.M.Berieva ".

The amphibian aircraft Be-200ES is recognized as one of the most efficient in the world in fighting wildfires. The aircraft is unique in that it is in planing mode on open water bodies filling its 12 tanks with tons of water and discharging it to the fires. The aircraft has a high rate of climb, the ability to discharge water as a "volley", and the consistent opening of the water tank doors, the ability to work in a confined space, for example, in mountainous or hard-to-reach areas, reports RIA News.

Ctrl Enter
Noticed oshЫbku Highlight text and press. Ctrl + Enter
We are
The second this year aircraft Be-200ChS will be transferred to the customer at the end of JuneState order for Be-200ES aircraft for the Ministry of Defense
Military Reviewin Yandex News
Military Reviewin Google News
20 comments
Information
Dear reader, to leave comments on the publication, you must to register.