October 20 2017
34
The new MRK "Vyshny Volochyok project 21631, equipped with high-precision weaponswill be admitted to the Naval fleet Russia until the end of 2017, reports Interfax-AVN report of the Deputy Commander-in-Chief of the Navy for armaments, Viktor Bursuk. 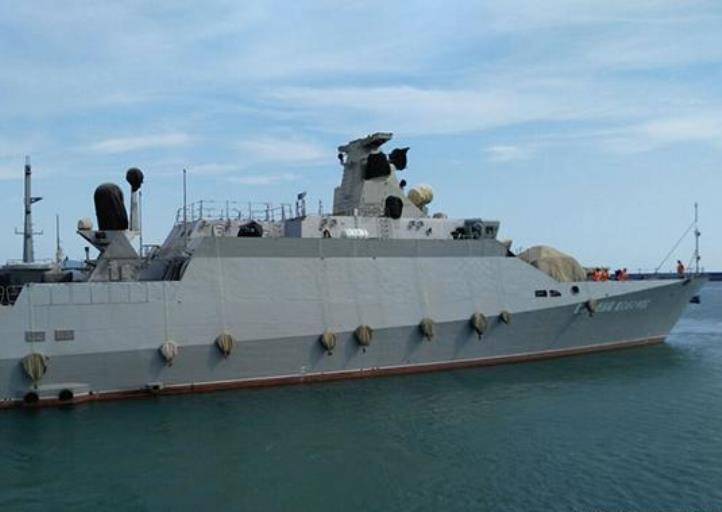 Currently, the ship completes factory running trials in the Black Sea Fleet. After the state tests on it will be raised Andrew's naval flag. Having handed over the necessary coursework tasks, the ship will join the forces of constant readiness,
Bursuk said at a meeting with the commander of the Navy, Vladimir Korolev.

This is the sixth ship of the modernized series “Buyan-M”.

Ships of this project are designed to protect the economic zone of the state. They are capable of acting both individually and as part of groups of naval forces in various sea areas.

Ctrl Enter
Noticed a mistake Highlight text and press. Ctrl + Enter
We are
The newest IRC Chef "Vyshny Volochyok" is preparing for the running and state trialsIRC "Vyshny Volochek" arrived in Novorossiysk for testing
34 comments
Information
Dear reader, to leave comments on the publication, you must to register.