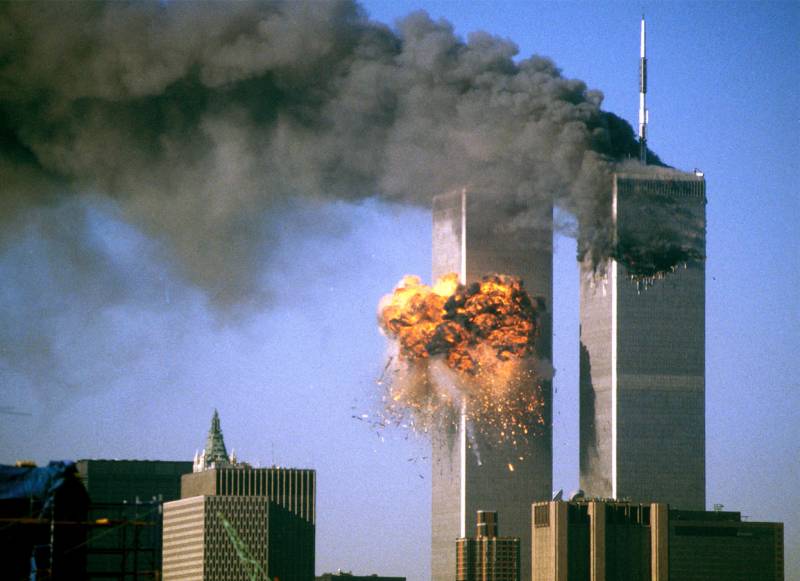 The United States is completing preparations for a new large confrontation. They lost the war in Syria, and written off to the garbage stories LIH. This page is turned and there will be no more return to it. But there will be a new war and Acting Homeland Security Secretary Elaine Duke told us about preparations for it yesterday during a speech at the American Embassy in London:

“Terrorist organizations - ISIS or others - want to carry out an explosion similar to the one that they carried out on September 11. They want to shoot down the plane, the intelligence clearly speaks about it. ”

Analogies with 11 September 2001, sounded in the speech of Elaine Duke, flashed by chance. Everyone remembers perfectly well what the consequences for the world were. And especially for the country that the United States accused of harboring the initiators of the attack. The finger then fell on Afghanistan, in which the terrorists who attacked America allegedly settled and was attacked.

By the way, the US Army is still there.

It is obvious that in case of repeating the 11 scenario in September, the country to which it is indicated, the documents randomly discovered after the terrorist attack will not be good enough. Who it will be more or less clear, but in this story there is still one more incomprehensible moment ...

It is obvious that it was possible to inform American diplomats about the impending terrorist act through secret diplomatic channels. Usually this is done, but here everything was said publicly, which means that the information was intended not for the American ambassador in London and his subordinates, but for third parties, or rather states. For those countries that today greatly hinder the Americans to implement their global plans. They need to understand that Washington’s patience has come to an end and there is no more time to think. Either they go to the negotiations and retreat, or the Americans strike at themselves and accuse him ...

We will no longer keep the reader guessing, of course, it will be Iran.

How to save Kurdistan

Judging by all the time for thinking, Tehran really has little left. The red line after which Washington decided to declare an ultimatum to Tehran in such an extravagant manner was the attack on Kurdistan by Iraq and the pro-Iranian Shiites (and the IRGC troops, which is already there) 16 October 2017 of the year. It was initiated by the Iranians, and in Washington’s opinion they should not have done so. 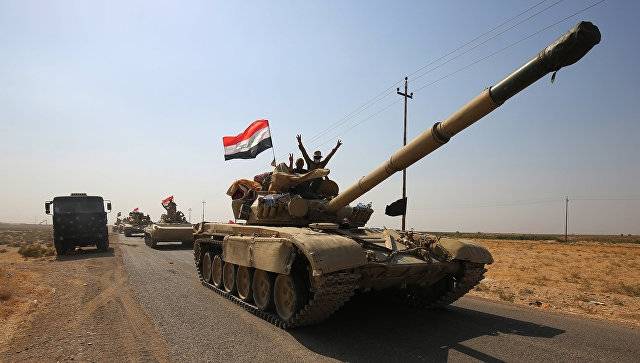 The attack on Kurdistan, in the event of its success, destroys all US Middle East plans and finally throws them into the second role in the new regional matrix built by Russia, Iran and Turkey. Save the situation for Washington can only large-scale entry of American troops into Iraq and the creation on its territory of bases that will cover the Kurds and allow them to complete their adventure with independence.

Will there be war

Today, in fact, an information attack on Iran has already begun, although airplanes have not yet fallen on American cities, and no important objects explode in them. Kurdish publications have already declared the genocide of the Kurdish population by the Iranian Shiites, there are already accusations of the leaders of Kurdistan against the “world community” who have thrown them themselves against Iranian “monsters”. What is missing is a convenient excuse that Washington can create by itself, as he has already done it once in the 2001 year. 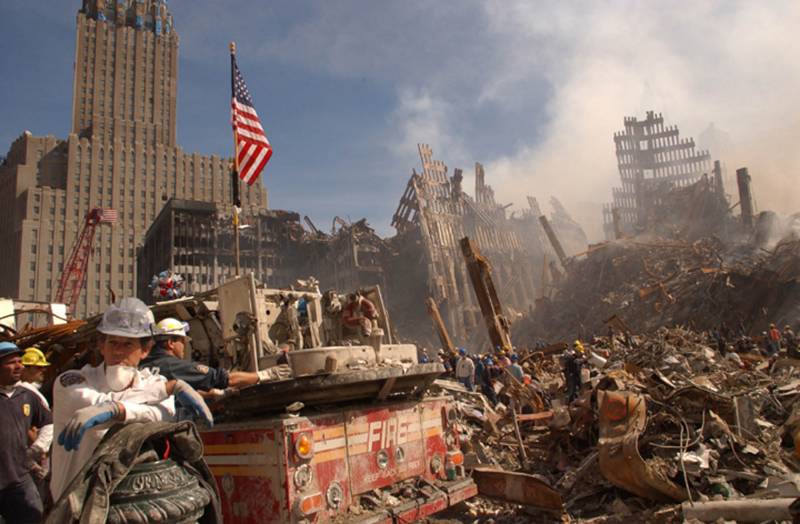 Tehran can protect itself from such a development of the situation only by going backwards. Either ... as soon as the “first Boeing” falls on the Pentagon or whatever the CIA and the NSA will think up for their fellow citizens ”, to enter the army into Kurdistan and conduct a blitzkrieg and thereby put the US before the fact that“ ordinary Kurdistan ”cannot be saved.
This will not save Tehran from sanctions and strikes in response, but by doing so it makes a weighty bid for victory in the future. Having begun to retreat today, no one will give it to him anymore.

So, the USA announced their ultimatum, we will watch the response of Tehran.

Ctrl Enter
Noticed oshЫbku Highlight text and press. Ctrl + Enter
We are
US ready to invade. Preposition: “Terrorist Act Similar to 9 / 11”Reports from the militia of New Russia for 1 September 2014 of the year
Military Reviewin Yandex News
Military Reviewin Google News
83 comments
Information
Dear reader, to leave comments on the publication, you must to register.