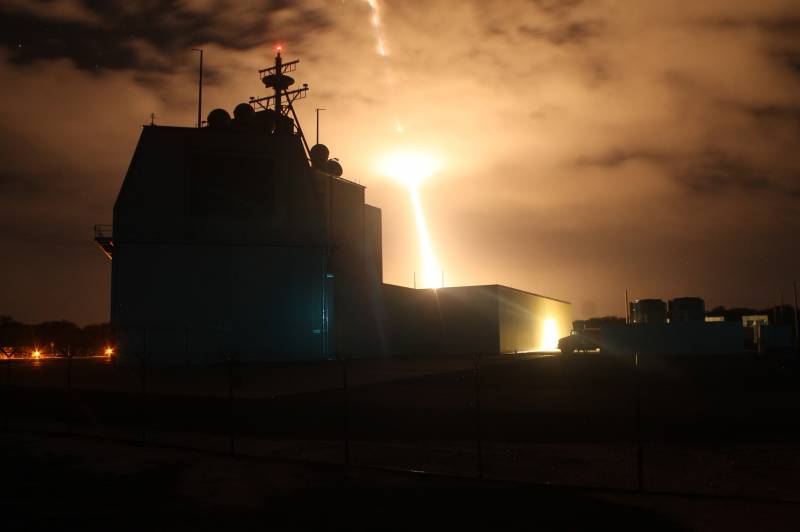 With great curiosity and a certain degree of concern, we all continue to monitor the transfer of NATO and US military alliance units to our borders in the Baltic and Balkan operational areas. It is absolutely clear that in the event of an escalation of a major regional conflict, our VKS and SV are fully capable of drowning the enemy in battles on the border with Belarus and the Kaliningrad region, inflicting "beheading" strikes with all known modifications of Iskander and using the entire available potential of high-precision front-line bombers Su- 34. Nevertheless, in certain areas of the Eastern European theater of military operations, the coalition is able to achieve some success, and this cannot but strain. So, the upcoming transfer to Latvia of a mixed helicopter army air wing from 76 rotary-wing vehicles represents a very serious threat to both the Belarusian and the Russian army. And the matter here is not at all in the impressive total number of helicopters in the army “backbone” from Texas, but directly in its composition: 24 attack helicopters AH-64D “Apache Longbow”, which is about 1 / 3 from the entire fleet of aircraft, 12 military transport “Chinook” and 40 multipurpose Black Hawk UH-60 in various modifications, including medical versions and versions for fire support for MTR.

The Apaches, even in the number of 12-16 machines, are capable of delivering a lot of trouble to the Russian Armed Forces in the Baltic sector of East European theater of operations, because during a military conflict this section of the airspace will be rife with a huge amount of air attack weapons (these are also Tomahawks launched from British MAPL, and tactical ALCM JASSM-ER, launched from the Polish F-16C Block), the tracking and targeting of which will be used to divert almost all radar facilities of the Russian Aerospace Forces. Plus, in future conflicts, drones will be used to their full potential - false targets / EPR simulators ADM-160C MALD-J and EW facilities. Because of the speed of detecting and destroying the following terrain, the AH-64D will be very difficult.

It turns out that the operators of most of the mobile air defense systems deployed in the border zone (Tor-M1 / 2, Pantsir-C1, etc.) will be tasked with both repelling the MRAU and destroying enemy attack helicopters; Such a “burden” can become unbearable, especially if the air zone of responsibility of one ZRSK battery simultaneously has several dozen elements of high precision weapons. Moreover, do not forget that the Apaches will be able to use not only obsolete AGM-114L anti-tank missiles with single-channel Ka-band radar seekers (it is not difficult to suppress them with interference), but also promising multi-purpose JAGM missiles equipped with a 3-band based seeker infrared / active radar / semi-active laser channels. The missile has a 2,5 - 3 times greater radius of action (28 km) and the highest noise immunity, which indicates the need to equip most Russian tanks active protection complexes. AH-64D pilots equipped with JAGM missiles will be able to attack the Tor-M2U self-propelled anti-aircraft missile systems and the Pantsir-C1 anti-aircraft missile and artillery systems outside their radius of action, and therefore these attack helicopters at our air borders cannot be underestimated .

We will move to the Asia-Pacific region, where, "under the guise of" the tension generated by Washington around North Korea’s missile and nuclear programs, the United States and its allies are building a powerful defensive base against China and the Russian Federation in the Pacific strategic direction. There is no desire to analyze the situation with Russia's blind support of the Western "sanction rink" in relation to Pyongyang. These “partners” will very soon involve our state in a total military confrontation both in Europe and in the Middle East, and we have all the “preoccupations, sanctions” and other softness. It is much more important now to consider the situation around the accelerated militarization of Japan, as well as assess its consequences for Russia and China in the near and far perspectives.

The results of the September bilateral talks between Russian President Vladimir Putin and Japanese Prime Minister Shinzo Abe, at first glance, became a kind of starting point for reaching a new level of relations between states. In particular, between the leaders of the countries an agreement was reached on the conclusion of a “peace treaty”, which has not been ratified since the Second World War. Shinzo Abe described the situation as "abnormal" and announced the November consultations on the issue of a "peace treaty" to be held during the summit of the Asia-Pacific Economic Cooperation in Vietnam. Moreover, the start was given to cooperation on numerous projects, among which are such areas as: wind power, development of package tourist tours, aquaculture, etc. Also, the Russian side extremely facilitated the Japanese citizens the procedure of passing the border control to visit the burial places of relatives in the South Kuril Islands. But all these steps are an extremely distracting maneuver from the militarization program that is being implemented by the Japanese Ministry of Defense in order to preserve the dominance of the US Navy over the Pacific Fleet and the Chinese Navy in the northwestern Pacific Ocean.

The next stage of such a noticeable expansion of the combat potential of the Self-Defense Forces of Japan is the plan to purchase a large number of RIM-174 ERAM (SM-6) ultra-long-range anti-aircraft guided missile interceptors, which will be equipped with the ground forces of the Congo and Atago UROs, and later universal vertical launchers Mk 41 VLS anti-aircraft / anti-missile / multifunctional complexes "Aegis Ashore". According to information from a source in the Japanese government, Tokyo plans to deploy Aegis Ashor 2 complex in the country before 2024 year for the likely interception of Chinese strategic cruise missiles DF-10 and numerous modifications of long-range tactical cruise missiles of China and the Chinese Air Force. The defensive goals of the development of “Ashorov” in Japan are officially justified by the continuing territorial disputes between Tokyo and Beijing regarding the ownership of the Senkaku archipelago (Diaoyudao), and therefore a major escalation in the Asia-Pacific Region may flare up. The non-sounding goal is to give the US armed forces additional defensive and strike capabilities in the Far Eastern region, in close proximity to the Chinese and Russian air zones A2 / AD over the East China and Okhotsk seas.

The Aegis Ashore missile arsenals, although officially considered anti-ballistic missiles, can quickly be converted to strike options. In particular, it is known about the development of an anti-ship / multi-purpose modification of an ultra-long-range anti-aircraft guided missile RIM-174 ERAM. Thanks to the use of the most powerful starting stage Mk 72, as well as the dual-mode marching engine Mk 104, which accelerates the second (combat) stage to 3,7 - 4M, a ballistic flight path with a top point of more than 35 km can provide a range of action on a surface target of 320 - 380 km. After modernization, the radius of action can approach 450 - 500 km, due to which the Ashors will be able to reach not only the surface warships of the Pacific fleet Russian Navy in the Sea of ​​Japan, but also to the coastline of the Primorsky Territory. In other words, a powerful strike missile system is being deployed at our eastern borders, the capabilities of which will require immediate strengthening of the anti-aircraft component of the Pacific Fleet (a pair of corvettes, pr. 20380 and RKR “Varyag” is hardly enough here).

The defensive qualities of the Japanese Aegis Ashore will not be based on the AN / SPY-1D (V) main radar, since it can not even theoretically be able to target against our and Chinese cruise missiles at a distance of more than 35 - 42 km (due to radio horizon). “All weather” here will make advanced numerous aircraft fleet of aircraft for early warning radar and control of the Air Forces of Japan self-defense. Heavy E-767S aircraft in the number of 4 machines, as well as 13 lightweight E-2C / D "Hawkeye / Advanced Hawkeye" will be able to view all the objects that are “beyond the control of” the ground AN / SPY-1D in Japan ( V); then targeting will be sent directly to the SM-6 launched from a ground installation via the radio link-16.

Given the geography of the region, as well as a large number of aerial reconnaissance assets, the whole Agnis Ashor 3 batteries are capable of covering the most strategically important facilities in Japan. At the beginning of the 20's the situation will become even more dangerous, as it is already known that Ashora deployed in Japan will also be equipped with SM-3 Block IIA promising exo-atmospheric interceptors for effectively intercepting enemy intercontinental ballistic missiles at altitudes over 500 km. In addition to the fact that these missiles will significantly weaken the strike capabilities of our Strategic Missile Forces and the 2 of the Chinese Artillery Corps in the Pacific strategic direction, they can also be reprogrammed into the medium-range ballistic missile regime. Such products will be able to reach Komsomolsk-on-Amur, as well as the southern and central provinces of the PRC in a matter of minutes. Only the fact that the SM-3 anti-missile shock percussion in the percussion version cannot accommodate the complex of anti-missile defense systems used by full-fledged MRBMs and ICBMs calms, therefore, it will be noticeable to intercept it using modern C-300B4 and C-400 air defense missiles simplified.

Ctrl Enter
Noticed oshЫbku Highlight text and press. Ctrl + Enter
We are
Arleigh Burke Flight III is a serious challenge for Zircons and Onyxes! What are the "surprises" preparing AMDR radar?Romania’s interest in the Patriot air defense system and HIMARS complexes is a dangerous double bottom game
Military Reviewin Yandex News
Military Reviewin Google News
182 comments
Information
Dear reader, to leave comments on the publication, you must to register.