In the animal world: armed monkeys in Syria kill themselves

October 21 2017
7
For more than six years of “glorious deeds” that terrorists have been doing in the Syrian Arab Republic, the militant field commanders have not learned how to properly use the human resource they have been given.

Radicals who imagined themselves to be lions defending the ideas of the Islamic caliphate are not capable of ensuring their own safety and the safety of their subordinates. The mindless actions of commanders give reason to compare them with other representatives of the fauna, which is more likely to hold a banana in his hand, rather than a grenade.

A resident of the village of Biret al-Jerd (Latakia province) Jumana Khmeira tells how in 2013, armed to the teeth primates came to her house. Jumana recalls with horror: “Terrorists fired several times at our village with mortars. 14 August 2013, one of the mines exploded next to my husband Ali Suleiman Genam. He died on the spot. " The woman says that the radicals hosted two weeks in Biret al-Djerd, after which extremists ousted the forces of the government from the village. 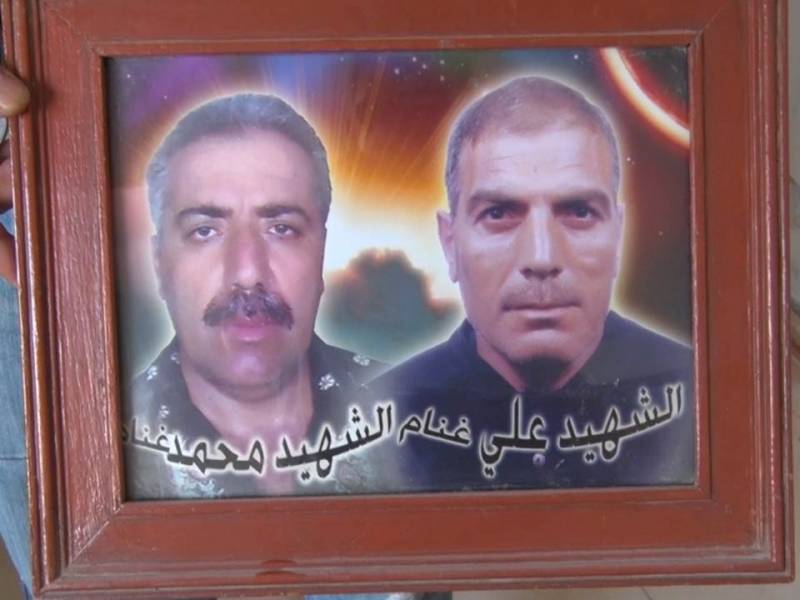 As Jumana tells, in order to intimidate the residents, the terrorists shot a lot, and as a result several of her fellow villagers were injured. Also, before the withdrawal, the militants mined the road, while a part of the Islamists, without receiving a command to withdraw, remained in the village. When the Syrian army came close, abandoned radicals were forced to undermine the mines laid by their fellow militants. A resident does not know why the field commander left some of her subordinates trapped. It is likely that the "suicide bombers" delayed the offensive of government forces.

This example is not the only one when terrorism is destroyed by the hands of its perpetrators. Frequent conflicts caused by the depressed state of extremists and inability to use weapons- quite frequent reasons when international evil kills itself. As a rule, self-destruction and "shooting" of associates occurs after a sufficient amount of alcohol is drunk or you manage to catch the buzz from the next portion of keptagon.

Nevertheless, the main non-combat losses of terrorists are the work of field commanders who make rash decisions. Indicative in this case are the incessant bickering between the tribes of ISIL and Dzhebhat-en-Nusra (banned in the Russian Federation) in the north of the province of Hama.

Earlier, the igilovtsy took control of several localities (Abu-Laffi, Umm-Myal, Abu-El-Garr) near the city of Rahadzhana. Understanding the inevitability of retreat, nusrovtsy mined the roads, and also laid a lot of "surprises" in dilapidated buildings for ISIS. It is noteworthy in this situation that the abandonment of settlements was a temporary measure. According to information from social networks, several “Nusrov” gangs are formed in Idlib, which will squeeze igilovtsev from the captured area. In other words, additional difficulty for the impending offensive by the militants will be created by landmines and mines, which they recently laid with their own hands.

If we draw analogies with the animal world, it will become clear: the militants, who throw each other and themselves with grenades, are not much different from primates. In this situation, it only pleases that the military operation in Syria is coming to an end, and the humanoid animals from ISIS and Nusra will soon be recorded in an endangered species.

Ctrl Enter
Noticed a mistake Highlight text and press. Ctrl + Enter
We are
Syrian War TestTatarstan authorities will restore order in the republic - Sharia
7 comments
Information
Dear reader, to leave comments on the publication, you must to register.