October 23 2017
42
As you know, a strategy is a combination of ways to achieve a military victory by defining war goals, implementing military planning and systematically implementing countermeasures to the enemy. It covers the practical activities of the highest military command in the preparation and implementation of hostilities. Operational art determines the ways of preparing and conducting combat operations - for the realization of strategic goals.

The study of operational and strategic aspects of the activities of the Eastern (Russian) Front of the First World War began in the war period.

During the war and immediately after its completion, interesting works appeared that explored the strategy on the Russian front. [1. Note - at the end of the article]. But even chronologically, military events were not fully covered. For example, the “Short Strategic Essay” covered the period from July 19 to November 11, 1914.

We see attempts to investigate the first operations of the 1914 campaign. During this period, works by N. L. Klado, K. Ivanov, A. D. Shemansky, FK Shumsky, and others appeared. [2]. Although these works were often of a general nature, they contained unique factual material. The first works that appeared during the war, devoted to the analysis of operations (with the exception of secret publications issued by the headquarters of the fronts and armies), were of an overview character.

The practical needs of generalizing combat experience and military construction in the young Soviet state led to the emergence of the Militaryhistorical and the Naval commissions for the study and use of the experience of war. Having arisen in August 1918 (it changed its name several times, lasting until 1924), the commission published valuable materials printed in its non-periodical publication, Military History Collection [3]. In the works of military specialists (N. A. Valentinov, L. N. Belkovich, A. M. Zayonchkovsky, G. K. Korolkov, V. N. Klembovsky, A. A. Neznamov, L. A. Radus-Zenkovich, A. A. Svechin, Ya. K. Tsikhovich, and others) touched on including operational-strategic aspects of combat operations.

In 20-30 fundamental works in the field of operational art and strategy also appeared. The most important place among them is taken by the Strategic Essay, written by military experts who participated in the war, with a wide use of all available sources and other materials. In the 8 units (X. 1 - 7 and the Romanian Front), the entire course of military operations has been chronologically decomposed. Very important is the work of E. V. Maslovsky. These 9 works actually form a unified operational and strategic review dedicated to hostilities on the Eastern Front. [4].

Among the researchers of the strategy at the present stage of development of historical science should be called the names of V. A. Zolotarev and S. N. Mikhalev [5]. The military events on the Russian front are analyzed by V. V. Mikhailov, S. G. Nelipovich, M. V. Oskin, and others. [6].

In Western modern historiography, the strategy on the Eastern Front (albeit in passing) is also given attention [7].

Actually theaters of war (theaters) in the operational and strategic context of the Eastern Front by the above-mentioned experts were not analyzed - and this despite the fact that the First World War was characterized by a plurality of theater theaters. 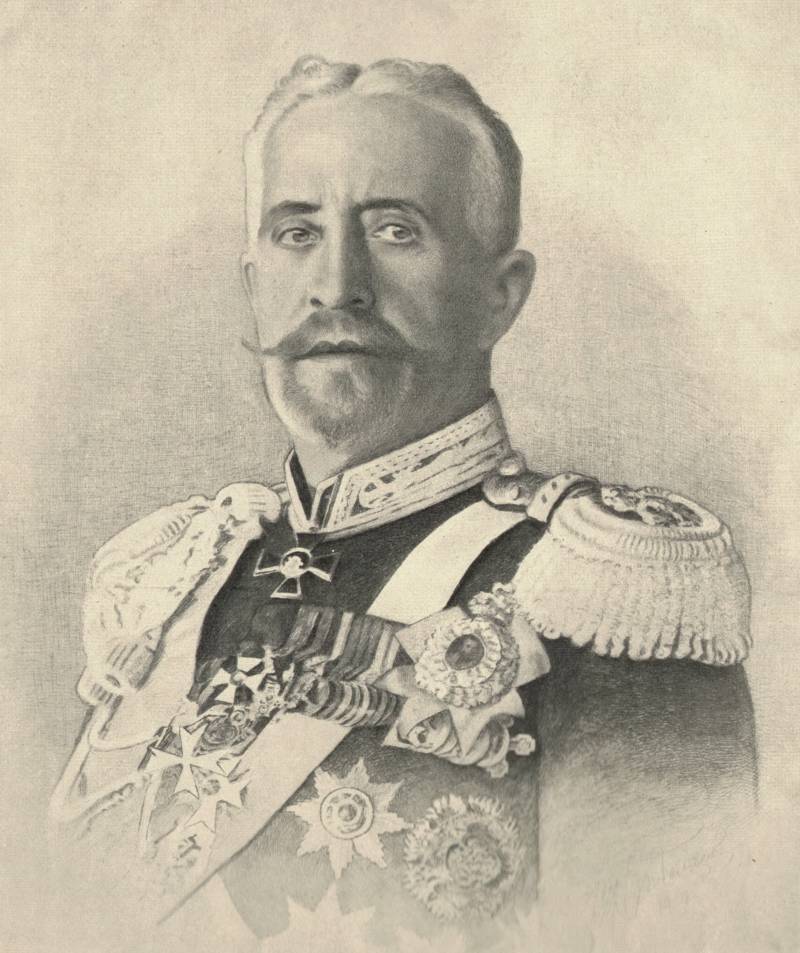 Supreme Commander of the Russian army in the field cavalry general Grand Duke Nikolai Nikolaevich. The great war in the images and paintings. B. 2. M., 1914

The strategic deployment of the Army in the 1914 campaign on the Austro-German front was determined primarily by the specifics of the coalition war. As we noted earlier - https://topwar.ru/114488-a-ili-g-.html - in the strategic deployment plan adopted in 1912, the Russian command attempted to link Russian interests directly with military-political obligations to allied France.

In this regard, the attention of the Russian military leadership riveted two theaters of war — the East Prussian and the Galician. The current army formed at the beginning of the war 2 front - North-West (against Germany) and South-West (against Austria-Hungary). 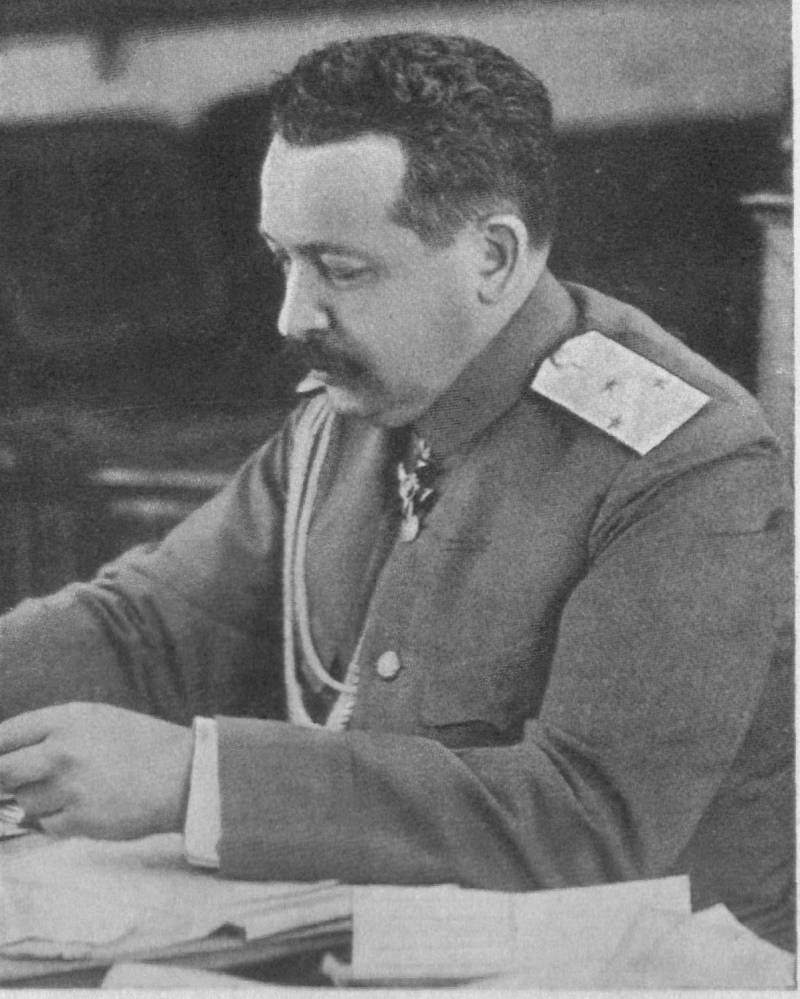 Accordingly, by the beginning of the 1914 campaign, the attention of the High Command of the Russian Army split. 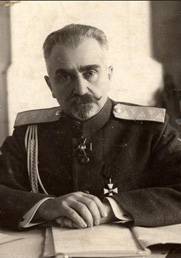 The task most effectively realize the allied debt answered as quickly as possible the invasion of East Prussia. Maximum speed meant problems in the mobilization and concentration of troops - but the Russian command did it to save the ally of France. In August, 1914 was the only German territory directly influenced by the Russian army - this is East Prussia. It was actions in this theater that could have led to an operational-strategic reaction from the highest German command and cause an outflow of troops from France. But East Prussia, this natural fortress of Europe, was very unpleasant in the sense of maneuvering theaters, and did not forgive the tactical and operational mistakes of the troops operating on it. The description of East Prussia as the most difficult theater of operations in Europe seems completely justified. Even “they will consider this region as a solid huge fortress” to be correct, the barriers of this theater of operations are so strong - both natural and those created by the enemy [8].

The task of realizing Russian interests was facilitated by the operations in Galicia. This theater could bring much greater operational and strategic results. He was more favorable for maneuvering large military groups. Finally, the main mass of the Austrian army was concentrated here, and it seemed tempting to inflict a decisive defeat at the very beginning of the war.

The plan of a simultaneous offensive against Austria-Hungary and Germany, adopted by the Russian General Staff, seemed to theoretically allow 2 to solve important operational-strategic tasks — to inflict a decisive defeat on the Austro-Hungarian armies and fulfill the allied duty to France, carrying out an offensive in East Prussia. In addition, it was also very important to promptly guarantee the so-called. The advanced theater (“Polish balcony”) was possible only by securing its northern and southern flanks. Only active actions in East Prussia and Galicia could also accomplish this task. But the plan ran into insurmountable difficulties at that moment, the main one of which was the insufficiency of the forces of the Army in the first phase of the war. The huge front, the gradual concentration of troops - left a significant imprint on the first combat operations of the Russian army.

By the end of the 1914 campaign, four theaters had already formed.

East Prussian campaigns of the North-Western Front - East Prussian operation (incl. The first battle at the Masurian Lakes) [9] and Second Campaign to East Prussia (incl. First August operation 12 - 30. 09. 1914) [10] - had the most important operational and strategic importance. The main objective of these operations is to help the French and seize a springboard for subsequent actions against Germany, as well as to cover the right flank of the Russian armies in Poland. 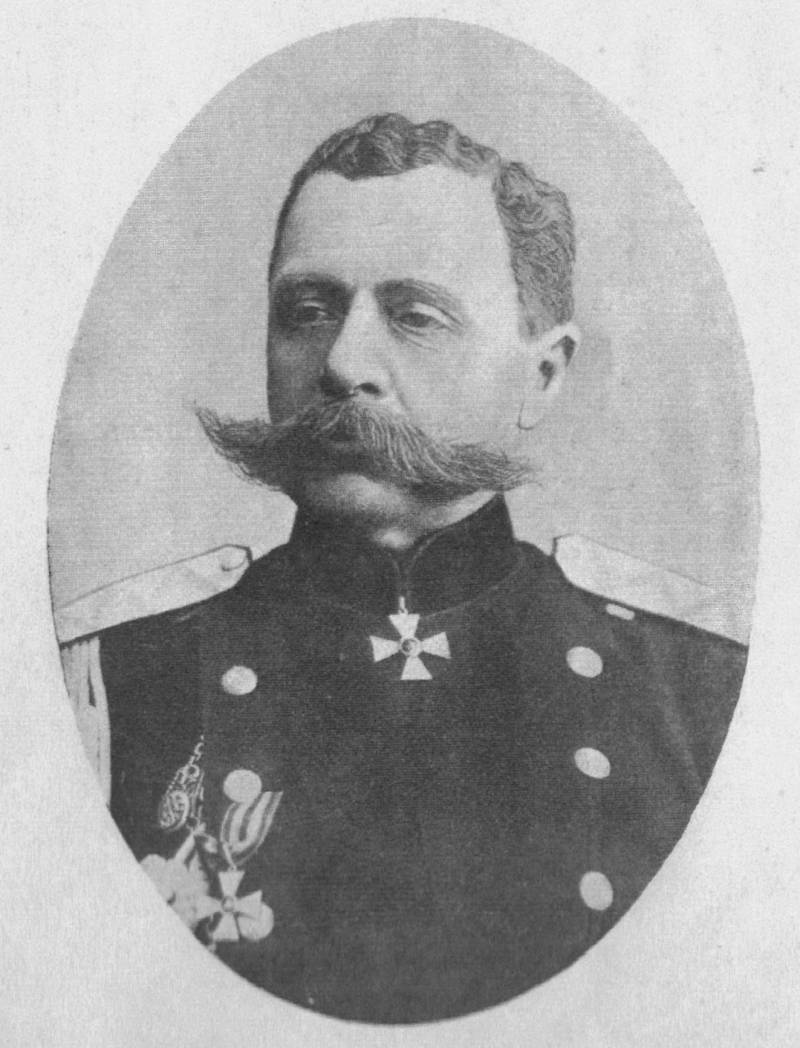 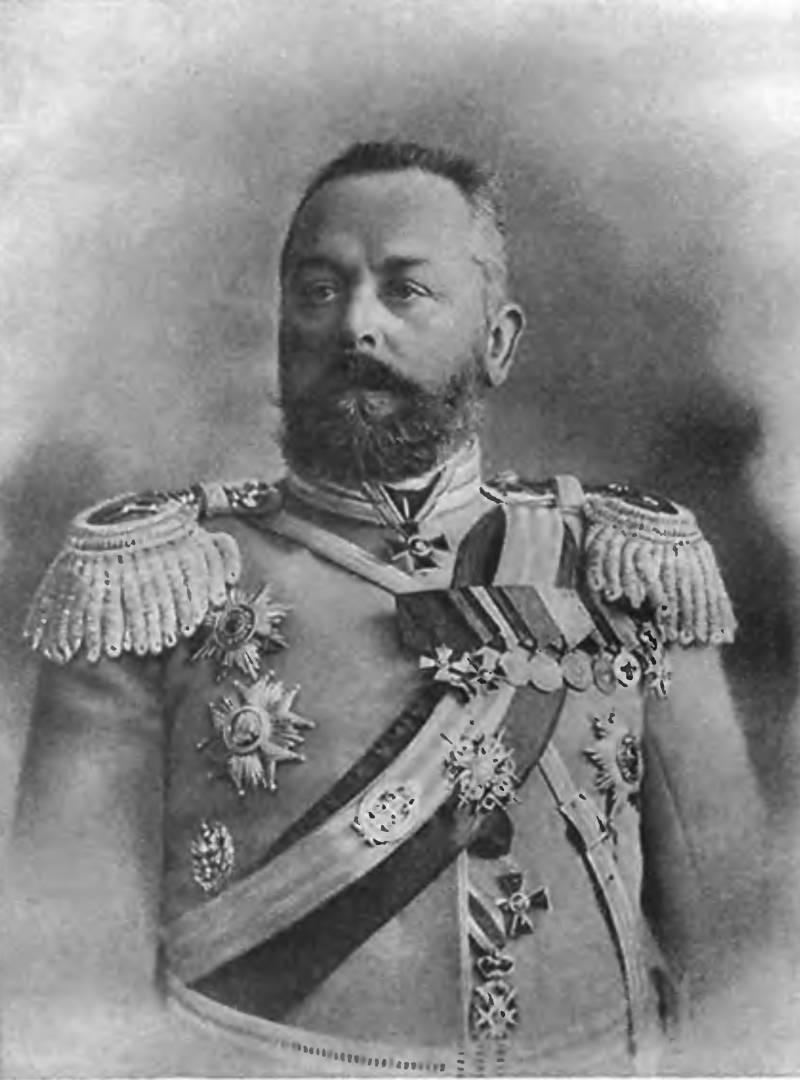 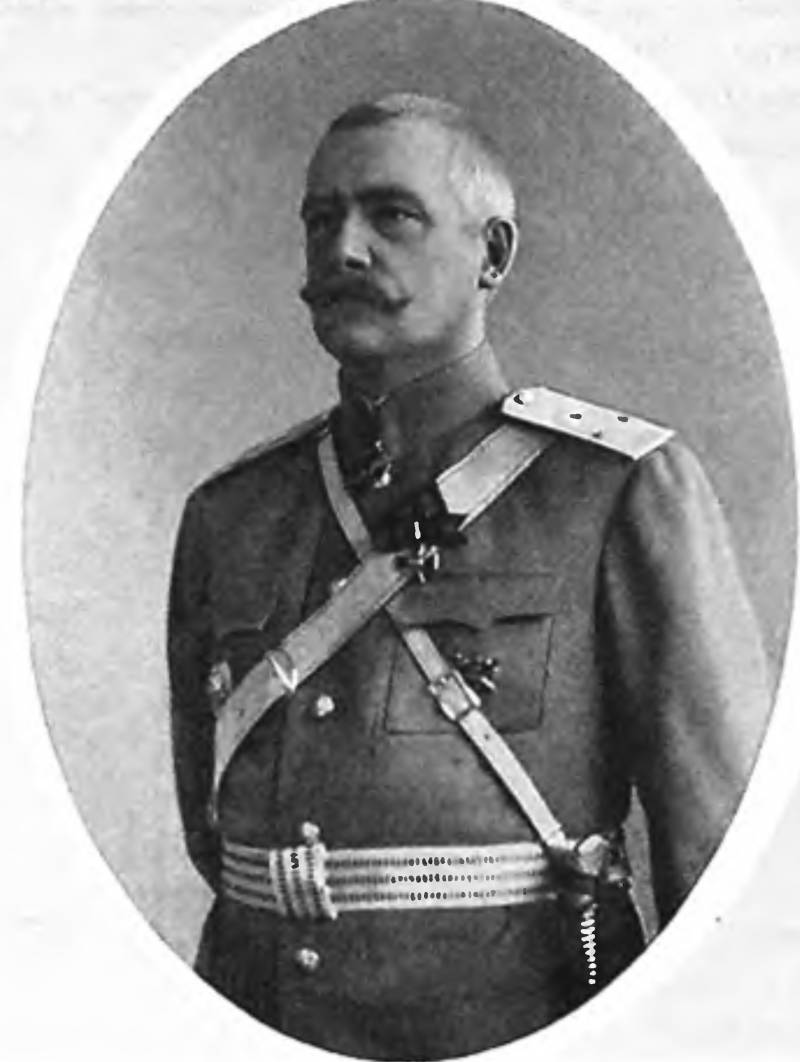 The East Prussian theater of operations chained the troops of the heaviest enemy — the Germans — and initially no less than the army. The strategic importance of the theater of operations for the Russian front was that the battles in East Prussia, with their varying success, ensured the right flank of the main Russian group in Poland. The Germans were not able to assist the Austrian (in the period of the Galician Battle of 05. 08. - 13. 09. 1914) [11] and Austro-Germanic (in the period of the Warsaw-Ivangorod 15. 09. - 26. 10. and Lodz 19. 10. - 06. 12. 1914 operations) [12] troops strike Sedlec or otherwise in the most crucial period of the campaign. While Russian troops occupied at least half of East Prussia, the enemy was limited in maneuverability and in Polish theater of military operations. The attacks on East Prussia were the most painful for the Germans and could in the shortest possible time, triggering a reaction from the high command of the enemy, affect the situation on the German-French front. 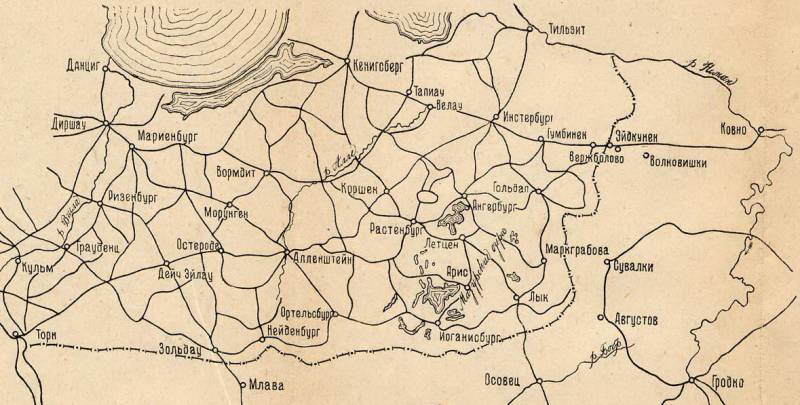 East Prussian theater of operations. Evseev N. The August battle of the 2 of the Russian army in East Prussia in 1914 M., 1936

It was operations in East Prussia that helped the French army during the Marne battle and the Anglo-French army on Ypres and Ysera. These operations greatly affected not only the winnings of the 1914 campaign by the Entente, but also (in the long run) the war. The battle of Gumbinnen and the first victories of the 2 Army marked the beginning of the German war on two fronts. Now she had to split her efforts, and not smash the enemy in parts. The German Empire, due to various circumstances (primarily due to limited resources), could not fight for a time on the 2 front.

In August, the enemy was forced to transfer 4 infantry and cavalry divisions (from France) to East Prussia, and 2 infantry divisions (the only prepared reserve at the time) from Germany in late September - early October. This was of paramount importance for the allies of Russia - Germany lost the battle of Marne, did not solve the problem in the battle of Ypres. German-French front stabilized.

The East Prussian TVD also influenced the victory of the South-Western Front in the Battle of Galicia (see https://topwar.ru/123944-reshayuschaya-bitva-pervoy-mirovoy-vostochno-prusskaya-operaciya-1914-goda-edinstvennaya-pobeda- gumbinnen-ch-2.html)

A. Svechin, asking the question - what made the Austrian troops leave comfortable Galician positions and rush to Lublin-Kholm, putting the flank and rear under attack, answered: the invasion of East Prussia [13].

Operationally during the 1914 campaign in this theater, the Russian army lost one operation (East Prussian) and one won (First August). TVD was marked by heavy losses of the parties - but among the Russian losses a significant percentage are prisoners (see https://topwar.ru/123948-reshayuschaya-bitva-pervoy-mirovoy-vostochno-prusskaya-operaciya-1914-goda-o-poteryah- ch-1-severo-zapadnyy-front.html), whereas for the Germans (see https://topwar.ru/124400-reshayuschaya-bitva-pervoy-mirovoy-vostochno-prusskaya-operaciya-1914-go-goda- o-poteryah-chast-2-8-ya-armiya.html) the loss figure includes mainly the casualties of the dead and wounded. Losses in the First August operation were equivalent (about her - in the bud. Art. VO). The fact that the graves of World War I, located in East Prussia in 2200, rested over 1939 soldiers and officers, including Germans 60000 and Germans 32540, speaks about the comparability of the irretrievable losses of enemies. [14].

Accordingly, the hostilities in the East Prussian theater of operations were characterized by an increased allied effect, with positional failure and comparable irretrievable losses of the parties.

Ctrl Enter
Noticed oshЫbku Highlight text and press. Ctrl + Enter
We are
Planning the acquisition of material resources for the German army. Current situation and future prospects. Opinion of a Western Specialist (Part of 1)Automatic guns for armored combat vehicles. Point of view of a Western specialist
Military Reviewin Yandex News
Military Reviewin Google News
42 comments
Information
Dear reader, to leave comments on the publication, you must to register.