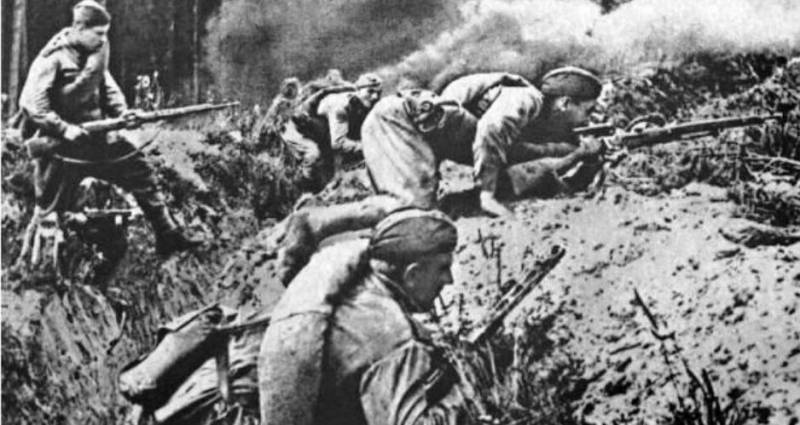 With the beginning of the Great Patriotic War, the governing bodies of the organs and troops of the NKVD turned out to be littered with reports demanding to be sent to the field army. People were eager to fight the Nazis on the fronts, and not to serve in the rear structures.

In June, 1942, the People's Commissariat of Internal Affairs allocated personnel for the formation of ten rifle divisions. 500 was provided to each of the units by a command-commander and, prior to 1000, by a junior commander and a rank and file. However, the flow of reports from officers and military personnel of the NKVD continued unabated. And the top leadership of the People's Commissariat sent to the Kremlin a proposal to form an "army of the troops of the NKVD of the USSR consisting of six rifle divisions with a total of 70 thousand people." 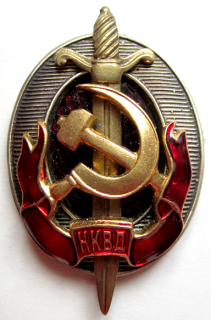 The USSR State Defense Committee immediately responded to this patriotic initiative and on October 14 of 1942 of the year issued a completely secret Resolution No. 2411ss “On the formation of the army of the NKVD troops”. In this historical document, signed by Stalin, it appeared that the proposal was adopted. Army composition: 6 rifle divisions total 70 000 people. It was stipulated that the NKVD allocated only 55 000 personnel: 29 750 - border and 25 250 - internal troops (operational, convoy, for the protection of railways and important industrial enterprises). The remaining 15 000 fighters - for manning artillery, engineering units, communications, etc. - are sent by the People's Commissariat of Defense from the relevant parts of the Red Army.

The last point of the State Defense Committee's decree is the most remarkable: “Enlist the army in the reserve of the Main Command and equate in all respects the guards units”. At the stage of formation, it was headed by Major General GF. Tarasov - a former border guard, still in 1937-m graduated with honors from the Military Academy. Frunze and 1941 – 1942 years. successfully commanded on the front rifle formation and 41 th army. Army control stationed in Sverdlovsk at: ul. Malysheva, house 22. Today, a memorial plaque adorns the facade of a pre-revolutionary building to commemorate this remarkable event.

Rifle divisions were formed in Khabarovsk, Chita, Novosibirsk, Chelyabinsk and Tashkent. Therefore, they were originally called - the Far Eastern, Trans-Baikal, Siberian, Ural, Central Asian. In January, 1943, all five compounds are concentrated in the Sverdlovsk region.

5 February 1943 of the Year The rate issues the directive No. 46052 “On the inclusion of the 70 Army in the Red Army”. In accordance with this document Own Army NKVD with 1 February called 70-th (combined arms) army and the infantry divisions are numbered - 102-Far Eastern, 106-I Zabaikalskaya, 140-I Siberian, 162-I Central Asian and 175-I Ural. At the last stage, the sixth unit joined the army - the 181-I Stalingrad Infantry Division (the former 10-I division of the NKVD troops, who participated in the heroic defense of the city on the Volga). By mid-February 1943, the 70 Army under the command of Major General Tarasov is being transferred by rail to the Central Front of Colonel General K.K. Rokossovskogo.

At the end of February, the army receives a baptism of fire in the Sevsk offensive operation of the front forces, which ended in failure. On April 2, the army was led by Lieutenant General I.V. Galanin is a professional military leader. Under his command, the army successfully participates in spring offensive battles against the Oryol group of the enemy, and in the summer it differs on the Kursk Bulge. Marshal of the Soviet Union Rokossovsky (https://vpk-news.ru/articles/36564) years later recalled: “On the Kursk Bulge, together with our other armies, the 70th Army, formed from the personnel of the NKVD border and internal troops, successfully fought . From July 5 to 12, 1943, the enemy lost up to 20 soldiers and officers in the defense zone of this army, 000 enemy troops were shot down and burned. tankOf which 60 “tigers”, 70 aircraft were shot down. These facts eloquently speak of the courage and courage of the border guards and NKVD soldiers. ”

After the defeat of the Nazis on the Kursk Bulge, the divisions of the 70 Army continued their victorious journey to the west. And at the end of August 1943, the army was withdrawn from the Central Front and transferred to the reserve of the Supreme Command Headquarters. By this time, many officers of the NKVD troops are withdrawing from the front, the losses are compensated for by trained army soldiers. As part of the association, infantry corps are formed; at various times, an artillery division, several separate tank regiments, divisions of guards mortars, self-propelled artillery and other units are included.

Subsequently, the 70 Army in combat formations of the 2 and 1 Belarusian Fronts successfully smashed the enemy in the Lublin-Brest, East Pomeranian and Berlin offensive operations. The victory was met in central Germany at the turn of Rostock – Schwerin – Wittenberg, which was reached by 8 in May 1945 of the year.

A curious fact: among the commanders of the army were two former staff captains - Lieutenant General A.A. Grechkin and I.F. Nikolaev, as well as ensign - Hero of the Soviet Union Guards, Lieutenant-General A.I. Ryzhov.

At least seventy-eight soldiers of the 70 Army were awarded the high title of Hero of the Soviet Union.
All of these battle-covered divisions were disbanded in 1945 – 1946. The 70 Army Field Office itself by October 1945 will be relocated to Chkalov (now Orenburg), where it is also being disbanded ...

Ctrl Enter
Noticed a mistake Highlight text and press. Ctrl + Enter
We are
Intelligence for Stalin and automatic for border guardsDiplomats of the People's Commissariat of Defense: on the eve and during the war
7 comments
Information
Dear reader, to leave comments on the publication, you must to register.