Storm in the head 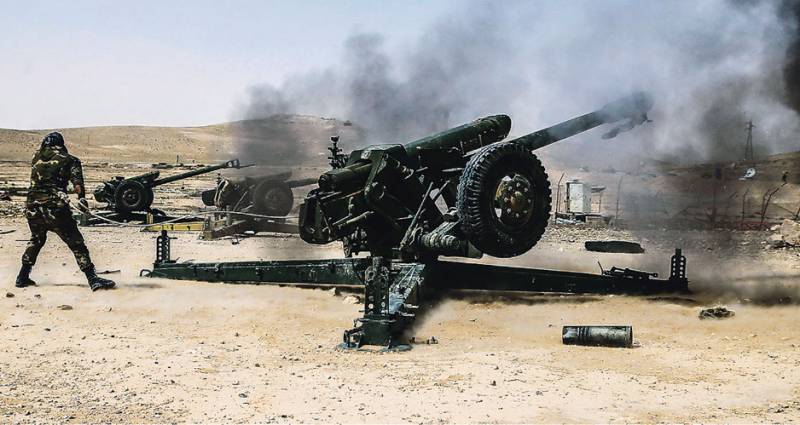 The “capital” of the “Islamic state” banned in Russia - Raqqa will soon fall, announced by Western media. Allegedly, the leading storm of Kurdish forces have already offered the leadership of the pseudo-caliphate "free living space." Journalists even voiced routes through which terrorists and their families can leave Rakka.

Such a generous offer of the Kurds is connected, according to analysts, with the imminent completion of the operation and the unwillingness to bear unnecessary losses - such as the time of the IG has expired. Meanwhile, the situation in the Raqqi region is not as rosy as foreign journalists present. Fighting in the city continues, IG is not in a hurry to surrender. The question arises: besides the Kurds, is no one interested in taking Raqqah?

Intelligence of the XXI century

From the very beginning of the assault on Raqqa, Western mass media often have stuffing in and on - several times it was reported about the imminent fall of the IG, about the complete liberation of almost the entire city. Of course, foreign journalists can be accused of some kind of information war, because against the background of the victories of the Syrian government forces, the American coalition should also show something.

But everything is much simpler. The operation in Rakka is carried out with serious informational restrictions, journalists are not allowed into the battle area. In exceptional cases, the American command conducts small and very short press tours. Therefore, the information vacuum is filled by Kurdish troops. Their representatives love to make loud statements. And the Americans seem to be in the shadows.

What is the reason for such secrecy? No conspiracy, the answer is quite simple. The Pentagon threw his secret army into battle. Military personnel of the Joint Special Operation Command (JSOC) is actively involved in the assault on Raqqi. Since 2001, the JSOC has taken a dizzying rise, becoming a secret army, the main striking force of the US government at a strategic level. Therefore, all the activities of the command as secret as possible.

JSOC came to light after the failure of the American operation to free diplomats in Tehran, who were captured by the Iranians and held hostage for a long time. The official task was to conduct anti-terrorist operations outside the United States. According to the Pentagon's ATO doctrinal documents, these are short-term assault actions. Using this approach, any special operation can be adapted to the antiterrorist one.

The heyday of command came in the 2000, when the JSOC fighters participated in operations against the Taliban and hunted down Al-Qaida leaders. It was they who liquidated Abu Musab al-Zarqawi, Osama bin Laden and several dozen other leaders of terrorist organizations. At the beginning of 2016, President Barack Obama actually turned JSOC into a new American intelligence agency. Now the command is locked only on the president and the minister of defense. His task is to search for and physically eliminate people threatening US interests.

Currently, the command includes the Delta squad, the 6 team of seals (the official name is DEVGRU, Deviation Group is a research group), and also the 24 tactical squadron of the US Air Force.

“Rangers”, “Delta” and DEVGRU are well known to the general public. But besides them, in the structure of JSOC there are military units with a much higher level of secrecy. Tactical group, in the world called "Orange" (TF Orange), is engaged in agent intelligence. “Orange” create an agent network and conduct covert surveillance. However, the exact name of the unit is still unknown. Squadron E is formally part of the "Delta". This is an aviation unit that uses only civilian aircraft with civilian identifying marks. However, all machines are undergoing special revision. The task of the unit is the covert delivery and evacuation of special operations groups, reconnaissance, and strikes. Similar tasks are performed by the 427 squadron of the USAF. True, in contrast to the E squadron, it uses specially modified aircraft from the US Air Force fleet.

Parts and divisions of JSOC have long been involved in Syria and Iraq. In particular, in 2015, the Delta fighters released Kurdish hostages, who were held by the IS. During the operation, killed Sergeant Joshua Weller. Since that time, JSOC units have been permanently based in the self-proclaimed Syrian Kurdistan (Rojave). At the same time, American specialists did not seek to advertise their presence, conducting operations in active interaction with the Peshmerga. According to some reports, it was the JSOC fighters who were engaged in the preparation of some counter-terrorist detachments of Kurds.

But the situation has changed dramatically in the spring of this year, when preparations began for the assault on Rakka. In particular, in March, Delta servicemen or, possibly, DEVGRU, operating on Stryker armored personnel carriers, appeared on images from Rozhava. What tasks were to be solved by the American special forces, then it was not entirely clear.

However, some time later, units of the 3 battalion of the 75 regiment of the Rangers advanced to the territory of Syria. Judging by the information that appeared in the American media, prior to deployment in Syria, the Rangers received additional training, perfecting nighttime assault operations in urban environments. Worked according to the scheme: a small unit of "Rangers" is suitable for the object and, using night vision devices, thermal imagers and silent weapon, carries out a daring seizure of the building. After that, the fighters are fixed and wait for the approach of their forces.

Then, on the territory of Rozhava, unknown aircraft began to appear that did not carry identification marks of the US Air Force, and a leak appeared in the media that some American special forces were deployed in Syrian Kurdistan. It could be assumed that this is the previously lit Delta, but most likely the unnamed "specialists" are the servicemen of the Orange tactical group, and the planes that worked with them belonged to E. Squadron. Apparently, Rozhava became the base for territory intelligence operations.

The first battles of peshmerga troops showed that their combat value was low. The Kurds did not succeed in taking the dam near Tabka on the move. Therefore, the task fell on the "Rangers". The dam was taken by a landing force, from the air of the soldiers of the 75 regiment was supported by attack helicopters. After the operational pause, the US military, in the same maneuver, beat off an airfield from the IG near Tabki. It should be noted that the assault actions and the seizure of objects - a typical combat task for the "Rangers". Therefore, it is not surprising that they coped with the task quickly.

Already after the end of the fighting, it became known that interesting models of helicopters were used in the Tabka area. These are the so-called small birds, drums AN-6 and transport MH-6. They are in service with the 1 th battalion of the 160 th special operations regiment and are used to support JSOC operations. There were reports of the use of MN-X helicopters in Syria by American special forces. This stealth helicopters, which were involved in the elimination of Osama bin Laden. But now the Delta fighters conducted a series of unnamed operations with them, allegedly in the Raqqa area.

The airfield in Tabka became the forward base for the liberation of the “capital” of the IG. At various times, not only C-130 transport vehicles were seen in his parking lots, but also their special forces variants - MH-130, convertible CV-22 Osprey and other machines providing JSOC operations.

But for some reason, the American “Rangers” did not become the main striking force in the assault on Raki, the mission was completely entrusted to Kurdish troops supported by American aircraft. A little later, the artillery units of the US Marine Corps lit up in Syria.

Perhaps the reason for the rejection of the use of "Rangers" was the lack of combat effectiveness of the Kurdish units. The most critical moment of night assault actions is the approach of reserves to the occupied object. A good example is the recent operation of the Azerbaijani military in Nagorno-Karabakh. Then the special forces successfully occupied Armenian positions, but the approach of the infantry was thwarted by the NKR units. As a result, the special forces were trapped and forced to retreat in battle, and not all went out. Personnel with several completely destroyed Azerbaijani special-purpose groups became the property of the general public.

Special scenes should be protected

Meanwhile, light twin-engine CN-235 transports were seen on satellite photographs of the Raqqi region. It can be assumed that these machines are used to deliver weapons to the Kurds. But there is one nuance: several CN-235 are in service with the US Air Force. And these are quite complicated machines belonging to the 427 squadron.

Transport workers underwent a serious modernization, they had the means of electronic reconnaissance and complex optoelectronic systems. The task of the “pumped” CN-235 is to monitor radio and cellular communications, localize transmission sources and monitor in real time. The optical-electronic system of these machines consists of several high-resolution cameras, united in a single unit and allowing to control an area of ​​tens of square kilometers. So the coalition most likely possesses information about the enemy in full. But why, in spite of the fact that the Pentagon attracted the best special forces to the operation, the racca assault seriously delayed?

Of course, one can understand the reluctance of the American military-political leadership to risk selective units. For a successful assault on the “capital” of the IG by Kurds, the Pentagon provided all the possibilities: in the city itself, the Orange created agent networks, high-tech platforms lead real-time intelligence, and the best US special forces were involved in the assault. But one effort stops all these efforts - the low combat capability of the Kurdish formations.

Ctrl Enter
Noticed a mistake Highlight text and press. Ctrl + Enter
We are
The attack on Rakka and the message of MoscowTurkey against the Kurds. Is there a new phase of conflict ahead?
8 comments
Information
Dear reader, to leave comments on the publication, you must to register.