October 20 2017
31
The Russian defense industry, fulfilling the orders of the military department, continues to develop various weapons systems. According to recent reports, not so long ago, the main work was completed in the framework of creating a promising guided missile for the Iskander-M operational-tactical missile system. Apparently, in the near future, this product will go into service and increase the strike potential of the rocket forces.


New information on the development of the Iskander-M missile system was published on October 18 by the Ministry of Defense. On the eve of the 70 anniversary of the first launch of the rocket from the 4-th state central interspecific test site (Kapustin Yar), the head of this structure, Major General Oleg Kislov told about recent events. Among other things, the head touched upon the topic of prospective missile tests. Recently, several test launches of various products were conducted at the Kapustin Yar test site.

One of the most significant events held recently by the 4-GTSMP was the interdepartmental testing of a new missile for the Iskander complex. At the same time, however, General Kislov did not specify the technical or other details of recent inspections. Thus, the general public was able to find out only about the fact of the completion of work on the new rocket, without any additional information of particular interest. 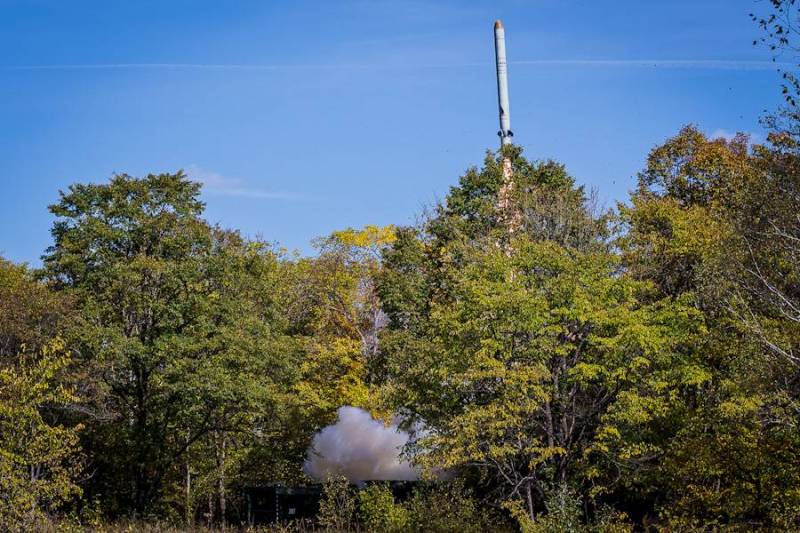 It is known that in 2012, the industry and the Ministry of Defense completed all the necessary tests of the Iskander-M OTRK, after which it was decided to continue the development of the existing project. Checks have shown that the complex has significant potential, which should be used to create new types of missiles. Using some common groundwork and solutions, specialists from the Kolomna Engineering Design Bureau have so far developed seven missiles of various types.

At the same time, the development of the missile complex does not stop. In mid-September, Valery Kashin, chief designer of the design bureau of machine building, told about the prospects of the Iskander. According to him, the bureau has prepared a technical proposal describing the future development of existing missile systems. The proposal was approved by the customer and at the time of the interview was in the approval phase.

The consistent development and modernization of existing systems, as stated, will allow them to remain in service for the next two or three decades. Obviously, during this period, the requirements for OTRK will change, but the Iskander-M systems will have to meet new challenges arising during the development of the armed forces.

Unfortunately, specialists and amateurs of military equipment, the management of the developer and the Ministry of Defense are not in a hurry to disclose the details of the latest missile project for the Iskander-M complex. As a result, for the time being it is necessary to rely only on various assumptions and estimates. The considerable amount of data available makes it possible to make certain predictions, but - for obvious reasons - the versions expressed may to some extent be incorrect.

According to the available data, the nomenclature of the PTRK ammunition of the Iskander family includes at least seven missiles of different models belonging to two main classes. To defeat targets, it is proposed to use ballistic (or rather, quasi-ballistic with the ability to maneuver on a trajectory) and cruise missiles. To which class a new product belongs, which recently passed interdepartmental tests, is unknown.

The management of the machine-building design bureau and officials from the Ministry of Defense have repeatedly specified that the new missiles for the Iskander family of complexes have minimal external differences, and also slightly differ in their characteristics. In this case, the development of products is carried out by improving onboard missile equipment and the use of new combat units. Apparently, the newest project continues this development logic.

Due to the lack of official information in the press, various assessments and assumptions about the appearance of the new rocket appear. So, in his publication on this topic RIA News quoted by the chief editor of the magazine "Arsenal of the Fatherland" Viktor Murakhovsky. He believes that this time the tests were not fully new rocket. At the same time, the tested product differed from previous new combat equipment.

What kind of warhead could be installed on experienced missiles - a specialist could not clarify. At the same time, he noted that the new Iskander missiles can be equipped with penetrating and cluster warheads. In the latter case, self-targeting submunitions can be used as a combat load.

Other publications cite other experts who express certain versions. At the same time, all experts polled by the press agree that the new rocket, regardless of the features of its technical appearance, should differ from existing products with higher technical and combat characteristics. In addition, the presence of a new missile may have a positive impact on the potential of the Iskander-M OTRK in a military-political context.

For example, the main consequences of the appearance of a new rocket in the context of the international situation were described by Viktor Bondarev, chairman of the defense committee of the Federation Council, who previously held the post of commander in chief of the Aerospace Forces. According to RIA Novosti, V. Bondarev believes that the Iskander-M OTRK can even withstand a nuclear threat, and this is relevant in the light of recent events on the Korean Peninsula.

Complexes of the Iskander family have high mobility, accuracy and power. Because of this, they can even withstand a nuclear threat. Recent events in the Far East, as well as the reaction to them from the United States, show the relevance of such opportunities. Thus, the development of Russian operational-tactical missile systems is the most important deterrent.

V. Bondarev said that the development and adoption of new missile systems with high firing accuracy, capable of hitting enemy air and missile defense facilities, is a guarantee of security, both Russian and international.

The technical details of the latest rocket project have not yet been published. The class and purpose of the rocket, recently tested, also remain unknown. However, having a sufficient amount of information about the Iskander family, one can draw some conclusions and assumptions that can later justify themselves.

Apparently, the latest domestic rocket, belonging to the quasi-ballistic or cruise class, has compatibility with existing combat vehicles already adopted by the missile forces and artillery. Thus, it can be used by all or almost all parts equipped with the OTRK of the Iskander range. The tactical and strategic implications of this are obvious.

It can be assumed that a new type of rocket will not seriously differ from its predecessors in terms of flight data. The firing range can not exceed 450-480 km, which is stipulated by the existing international agreements. A month ago, V. Kashin, the chief designer of the design bureau of machine-building, stated that in their striving to improve the complex, the designers try not to bring the matter to breach of contracts or even to suspect it. A direct consequence of this is the impossibility of firing at a distance of more than 500 km, which allows the Iskander to maintain the status of a complex of an operational tactical class.

One of the ways to develop an existing family was the creation of rockets with a different combat load. It is known about the existence of high-explosive fragmentation warheads in monoblock and cassette execution, as well as a concrete-breaking warhead. There is information about the existence of a special warhead. A recently tested rocket can have any of these types of payload. In addition, while it is impossible to exclude the possibility of creating a new combat equipment of a particular purpose.

The recent completion of the interdepartmental tests suggests that in the very near future there will be an order to take a promising missile into service with the subsequent launch of mass production. Thus, in a few years it will be possible to replenish the arsenals of rocket units, increasing their potential accordingly.

Creating a new rocket is of great importance in the context of the current modernization of the rocket forces and artillery. According to existing plans, in the foreseeable future, the Iskander family OTRK will have to completely replace the existing Tochka-U systems. The presence of a large number of launchers capable of launching various types of missiles will significantly increase the effectiveness of the missile forces in solving various combat missions.

The defense industry and the Ministry of Defense regularly report on the development of new missile weapons, but are in no hurry to disclose the most important details of such projects. However, in the future, certain information still becomes public knowledge. Probably, the same will happen with the new missile for the Iskander-M OTRK, which recently passed one of the stages of inspections. Detailed and accurate information about this product will need to appear in the future. In the meantime, you have to rely only on assumptions and estimates.

Ctrl Enter
Noticed oshЫbku Highlight text and press. Ctrl + Enter
We are
Missile attack on Europe: myth or reality?An-12 in Afghanistan
31 comment
Information
Dear reader, to leave comments on the publication, you must to register.