IRGC: Iran will accelerate the development of the missile program

October 19 2017
15
Iran will accelerate the development of a ballistic missile development program, despite pressure from the United States and the European Union. This is stated in a statement released on Thursday by the Corps of “Islamic Revolutionary Guards” (the IRGC, the elite component of the Iranian Armed Forces), reports Tasnim. 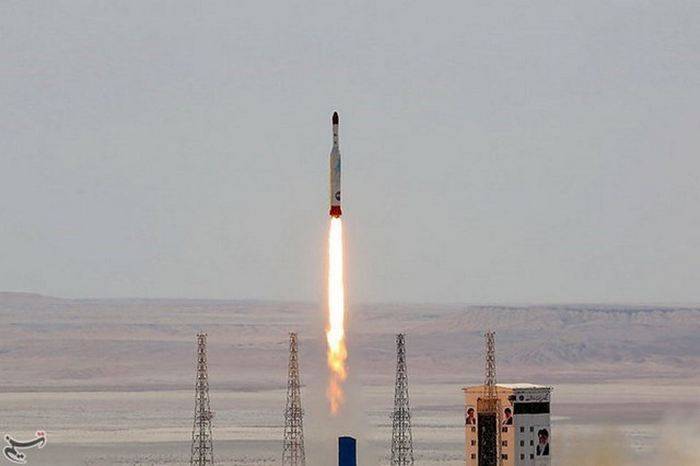 Iran will expand the ballistic missile development program and continue to increase its pace in response to the hostile approach of [US President Donald] Trump toward the IRGC
- said in a statement.

Last week, US President Donald Trump announced his refusal to confirm Iran’s compliance with the nuclear deal - the Joint Comprehensive Action Plan (DFID) agreed by Iran and the Six (permanent members of the UN Security Council and Germany) in 2015.

Trump laid out a new strategy for Washington in relation to Tehran, according to which the United States will seek to introduce changes in the system, resist the "destabilizing influence" of Iran. In addition, the United States included the IRGC in the list of organizations "supporting terrorism", reports TASS

Ctrl Enter
Noticed oshЫbku Highlight text and press. Ctrl + Enter
We are
Possible options for the development of the Iran-Israel confrontation
15 comments
Information
Dear reader, to leave comments on the publication, you must to register.