October 23 2017
23
Legends about the commander of the 394 stationary coastal artillery battery Andrei Zubkov set. But one of them is the most famous in Novorossiysk. One day, a command came to the 394 battery with some kind of inspection. In the Novorossiysk naval base, the rumor about the artillery sniper Zubkov, who was called the “Novorossiysk traffic controller” for his ability to stop any movement of the enemy on the city streets while the battery was running, was already in full swing. The same rumor endowed him and for nothing to cover a single target, be it a car, a tank, or an armored personnel carrier, from a distance of ten kilometers. Tales intertwined with rumors, myths with legends. 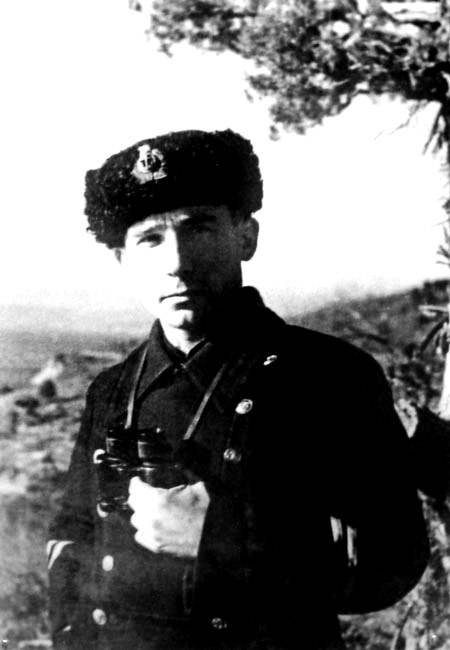 The command, naturally, was aware of those abilities with which the soldiers awarded Zubkov. And on occasion, representatives of the high-level authorities decided personally, whether to pry commander Zubkov, then to check the rumors, and suggested that Andrei Emmanuilovich show his talent by standing up for a weapon.

Severe and rarely smiling Zubkov without any excitement, coldly approached the nearest cannon. Meanwhile, to his misfortune, some Fritz calmly drove his Opel Blitz along one of the bombed-out streets of Novorossiysk. In general, the dying carcass on the western side of Tsemesskaya Bay impressed the command.

Often the legend is embellished with the most colorful details, as if Andrei managed to drive the shell right into the cabin window. But legends do not grow from scratch, especially when it comes to such a skilled artilleryman like Andrei Zubkov. But who was Comrade Zubkov, whose fame is closely intertwined with the glory of the 394 battery?

Andrei Zubkov was born 27 on October 1918 in the village of Bogolyubovo, Priishimsky District, North Kazakhstan Oblast, now it is the Kyzylzhar District in the very north of Kazakhstan, a few kilometers from the border with Russia. In the forest-steppes, unusual for the greater part of Kazakhstan, speckled with rivers and lakes, Andrei's childhood passed. In 1936, he graduated from high school and was called to the Red Army.

Reliable and intelligent Andrew, right, noticed. So in 1940, “excellent” Zubkov graduated from the Naval Artillery School named after the Lenin Komsomol of Ukraine in Sevastopol. According to the distribution, Andrei went to serve in the Black Sea Fleet in the Novorossiysk naval base. Just yesterday, the cadet, from June 1940 of the year, he becomes the assistant commander of the 714 stationary battery NBMB, located in the Blue Bay in the area of ​​Gelendzhik.

And the war was already on the threshold. The war that will make the 22-year-old guy a legend of artillery and will wean him for a long time to smile.
22 June was not long in coming. It was decided to strengthen the coastal artillery, installing another battery on the Sukhumskoye Highway. The choice of the location of the new battery fell to the height of Cape Penny, which is located between Novorossiysk and Kabardinka, going into the sea waves for a couple of hundred meters. From the height above the Penai Cape, the entire Tsemess Bay and the city were perfectly visible.

15 July 1941 of the year is considered the date of the base of the battery, which at first will carry only the number, and later will become “nominal”, thanks to its permanent commander. But on that day, on the site of the future battery, only fortification engineer Mikhail Kokin and Lieutenant Polushny paced along the rocky Black Sea slope through the thickets of juniper and hold-tree. And already on July 19, Andrei Zubkov came to the target height with his Red Navy gunners, of course, watching the same picture of a rocky slope covered with juniper. They, under the supervision of engineer Kokin, were to build a battery. And for this they were given a little more than 10 days.

Worked sailors and day and night. It was necessary to dig pits for the bases of guns, a range finder, cellars, cockpits, shelters and all kinds of outbuildings. In the brilliant film “They Fought for the Motherland”, combine engineer Ivan Zvyagintsev, played by Sergei Bondarchuk, once said, digging a trench in the steppe near Stalingrad: “This is not land, but injury to people!” Fortunately, he did not see the land of the Black Sea coast the foothills of the Caucasus, and the words would be stronger.

Rocky stony ground exhausted builders to exhaustion, aggravated by the scorching July Sun, when the temperature in the shade exceeds 30 degrees. The only thing that brightened up the hellish work was the gramophone playing on the construction site and evening short swims in the sea. Literally in the very first days of construction, the “battery” bricklayers, concrete workers and furnace workers appeared among the Red Navy men of Zubkov.

In spite of the fact that periodically in the already almost dug trench they came across massive rocks, in the last days of July all the trenches were completely ready. And by August 1, the concrete poured into the trenches froze. As Zubkov himself noted, there were no idlers at the construction site. Apparently, the tragic reports from the front urged on fighters. Some of them have already received the news that their city is occupied, and someone has learned that their home is burned. They built a new house, for someone last.

Immediately after concreting the sites for the guns, shelters and other things from Novorossiysk, the guns themselves were brought on special metal platforms. And here another problem arose. The bottom line is that now the gently sloping asphalt slope of the height, on which the legendary battery was located, during its construction rose at a very steep angle, and in some places looked completely inaccessible. And the sloping, suitable for quiet walks, the slope was not from the post-war arrival of civilization. So it made 5000 aerial bombs and 7000 shells that fell on the battery area for the entire war. 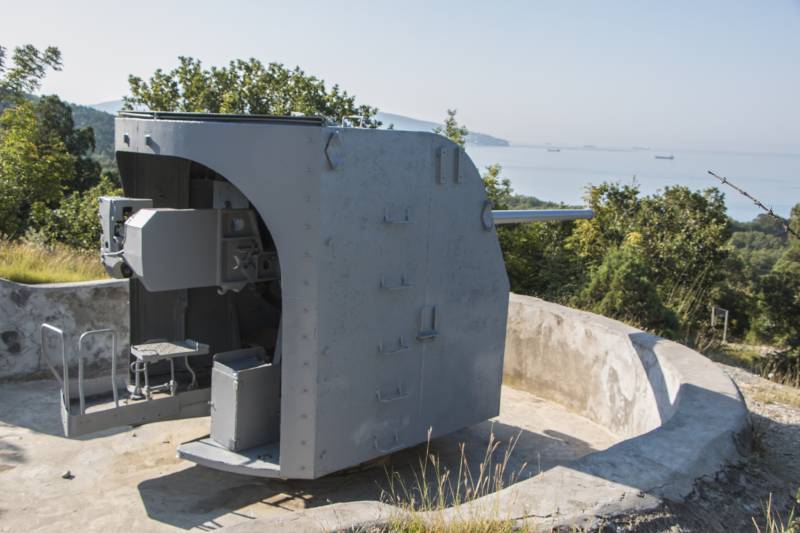 But the extraordinary persistence of Zubkov and, in his own words, the advice of Colonel Semyonov, the commander of the installation (in my humble opinion, was not without scrap and some kind of mother), helped the tools to take their rightful places.

Already 8 August 1941 four 100-millimeter ship guns B-24 held the first shooting, thus, commissioned as a full-blooded coastal battery. The first truly baptism of battle battery will receive only after a year, but you really need to be completely unfamiliar with the personality of Captain Zubkov (then a senior lieutenant), to assume that the service on the 394 was the resort.

Andrei Zubkov demanded that all three rules be followed, which he himself followed. First, conscious, but strict discipline. Secondly, impeccable knowledge of the business. Thirdly, perfect peace in any situation.

Careful work was done to camouflage the battery with camouflage nets, trees, etc. The guns themselves, of course, were painted in ship's ball paint (the very special naval "grey colour). Regular day and night exercises were carried out constantly. At the same time, the arrangement of the battery continued. Initially, it was designed so that during a massive shelling, the garrison would go underground in the literal sense of the word, but practice was used to dictating its own rules. Therefore, already having experience in construction, Zubkov continued to improve the fortress entrusted to him, while memorizing literally every fold of the terrain. This will help them out when the underground concrete cubes at the next shelling will tear to pieces (in the open-air museum "Captain Zubkov's Battery" and now you can see the remaining ruins of the cubicles), and you will have to carve them right in the rock.

The enemy rushed into Novorossiysk frenziedly. It soon became clear that the tasks of the 394 coastal battery should be expanded immediately. Thus, the commander of Zubkov, whose main goal was to close the enemy’s passage to Tsemessky Bay by sea, began to learn himself and train his garrison in firing at ground targets in the proposed mountain-coastal conditions.

22 August 1942, when the Nazis broke through to Novorossiysk, the 394 battery gave the first salvo to the enemy. And I had to hit just on the ground targets.

Ctrl Enter
Noticed oshЫbku Highlight text and press. Ctrl + Enter
We are
In Novorossiysk, a compound of Vasily Bykov type patrol ships will be createdReports from the militia of New Russia for 1 September 2014 of the year
Military Reviewin Yandex News
Military Reviewin Google News
23 comments
Information
Dear reader, to leave comments on the publication, you must to register.