October 19 2017
17
Two modernized MiG-31BM interceptors entered service with the 14 Army Air Force and Air Defense of the Central Military District (TSVO), they will be based in the Krasnoyarsk Territory. This was reported on Thursday in the press service of the district 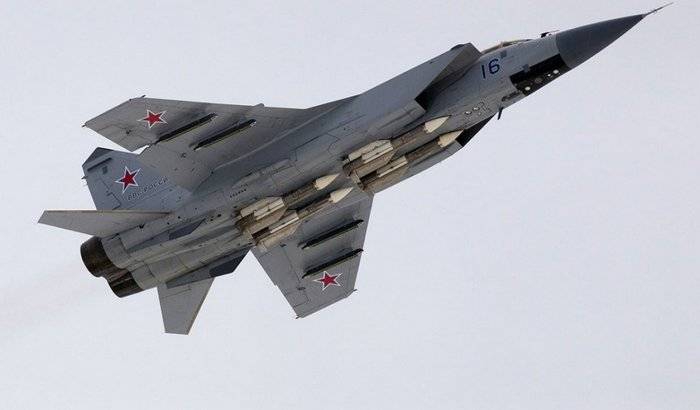 Two modernized MiG-31BMs entered service with the 14 Army of the Air Force and Air Defense of the Central Military District. The aircraft underwent modernization at the aviation enterprise in the Tver region and replenished the fleet of the air regiment stationed in the Krasnoyarsk Territory. Due to the modern on-board radio equipment and weapons of the new generation, the efficiency of the MiG-31BM has increased almost three times compared to the MiG-31
- Noted the press service.

The MiG-31BM supersonic fighter is designed for long-term patrolling and combat with high-altitude reconnaissance aircraft, strategic bombers and low-flying targets. The aircraft is able to simultaneously hit six and accompany up to ten air targets.

Ctrl Enter
Noticed a mistake Highlight text and press. Ctrl + Enter
We are
MiG-31BM interceptors set a new recordMiG-31BM fighters flew during the exercise without landing from the Krasnoyarsk Territory to the Astrakhan Region
17 comments
Ad