October 22 2017
20
The coalition led by the United States, operating in Syria, destroys anything except the "Islamic state" (banned in Russia), said Syrian Foreign Minister Walid Moallem. 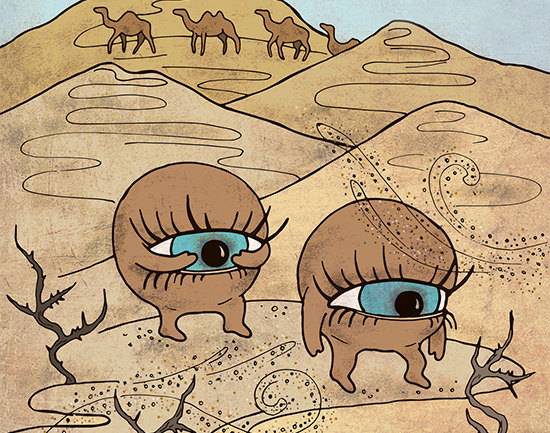 The Syrian Foreign Minister criticized the airstrikes of a coalition led by the United States, whose victims were thousands of Syrian civilians in the provinces of Racca and Deir ez-Zor. He also accused the American coalition of systematic destruction of the economic infrastructure. For this reason, the Syrian authorities will insistently demand the dissolution of the coalition, Walid Muallem assured.

Recall that in August, Syria had already sent a letter to the Secretary General and the UN Security Council, calling for the dissolution of the international antiterrorist coalition operating in the territory of the SAR, led by the United States. In this message there was a call for members of the coalition to "distance themselves from crimes" and "immediately dissolve it".

Unfortunately, there are many examples of these crimes. There are regular reports of civilian deaths as a result of US air strikes. A coalition led by the United States also used 20 phosphorous bombs to attack the hospital in Rakka, which did not have ISIS terrorists. This was reported by the deputy head of the local branch of the "Red Crescent" Dinu al-Assad. And although international law prohibits the use of white phosphorus, the coalition used it in Raqqah, burning them to a city with a population of 160.

If that is obvious, it is the harm done by the coalition, and not help in the fight against terrorism. Syria’s Permanent Representative to the UN, Bashar Jafari, said that the coalition’s actions only “help terrorist groups”, while officially acknowledging that “as a result of their actions committed under the pretext of fighting terrorism, thousands of Syrian children, women and the elderly were injured ".

Not only is the success of the coalition's actions in the fight against terrorism small, but it also hinders this. Not long ago, the Russian Ministry of Defense reported that the United States would be completely guilty of disrupting a peace treaty. The US from its territory under its control led 600 militants to the area of ​​de-eslacation in southern Syria. Militants were spotted not far from the American base in Al-Tanf off-road vehicles, which are not exactly used by the US Army. On the same machines, the October 2 militants left the refugee camp in the American-controlled area and attacked two humanitarian columns. Another militant group attempted to block the strategically important Damascus-Deir-ez-Zor route. Why the US does not see the militants operating under their nose is not clear. As one writer said, a blind man is not one who cannot see, but one who does not want to see and closes his eyes himself.

But Russia is not going to close its eyes. The Russian Ministry of Defense accused the US-led coalition of imitating actions against ISIL in western Iraq. According to the ministry, the coalition inflicts an insufficient amount of air strikes, which allows the Islamic State militants to cross the border and join the terrorists in the fight against the Syrian Arab Army near the city of Al Mayadin of the Deir ez-Zor province.

According to the head of the Foreign Ministry of Syria, the United States is hiding behind a coalition in order to destroy Syria and prolong the war. During his talks with his Russian counterpart, he also mentioned the Kurdish problem. “The Kurds are now virtually competing with the Syrian army for control of the oil-bearing areas. They are well aware that under no circumstances will Syria be allowed to violate its state sovereignty. They are now, of course, intoxicated with American help and support, but it must be understood that this assistance will not last forever, ”said Muallem. Recall, the Kurdish “Forces of Democratic Syria” (SDS), which allegedly are fighting ISIS and supported by the United States, have already fired at positions of the Syrian government army several times.

Perhaps the Russian troops just need to give the US coalition water that it flushes the eyes of the Syrian sand, which does not seem to allow them to see the actions of the militants under their nose.

Ctrl Enter
Noticed oshЫbku Highlight text and press. Ctrl + Enter
We are
Dare elz-Zor: to whom glory, to whom is shameWhat you didn't want to know about England
20 comments
Information
Dear reader, to leave comments on the publication, you must to register.