Militants in Idlib arrange filtering for locals by loyalty level

October 20 2017
2
From Syria come news that the militants, who control virtually the entire territory of Idlib province, are satisfied with the real “filtering” of the population according to the level of loyalty to extremist groups. A resident of Syria reports that the militants created in Idlib an actual concentration camp for the “disloyal”, which already contains at least 500 people.


We are talking about filtering by the terrorists of the Dzhebkhat al-Nusra group (* banned in Russia), who, trying to keep the territories of Idlib under their control, commit, in fact, crimes against humanity.

In the province of Idlib, we recall, there is a so-called de-escalation zone, monitoring the observance of the cease-fire regime in which Turkish troops carry out, as well as the forces of the Russian military police. Militants are trying by all means not to give the ring around them to close.

From the story of the UAR resident Riyad Farid Hijab:

Armed to the teeth, they (the terrorists) rush into houses, demanding to give all their savings. Moreover, the militants are dismantling sewer systems, most likely, to make their deadly pipes out of pipes. weapons. Recently, in a remote part of the city, terrorists set up a concentration camp. Anyone can become a prisoner of this terrible place: it’s enough just not to look like that. Anyone who dares to hide any supplies or starts to prevent non-humans from “An-Nusra” (*) automatically becomes a prisoner of this terrible place.

Militants use them as slaves. Unfortunately, once there, a person has almost no chance to survive. Prisoners feed only on rodents and insects, and drink waste and rainwater. Deadly viral diseases are raging in prison ...
Those who stop working because of powerlessness are brutally murdered in front of the rest of the prisoners. Moreover, the methods of execution make terrified even the Syrians who are used to everything. The worst thing is that the disfigured corpses of people are thrown into the cells of still alive prisoners. 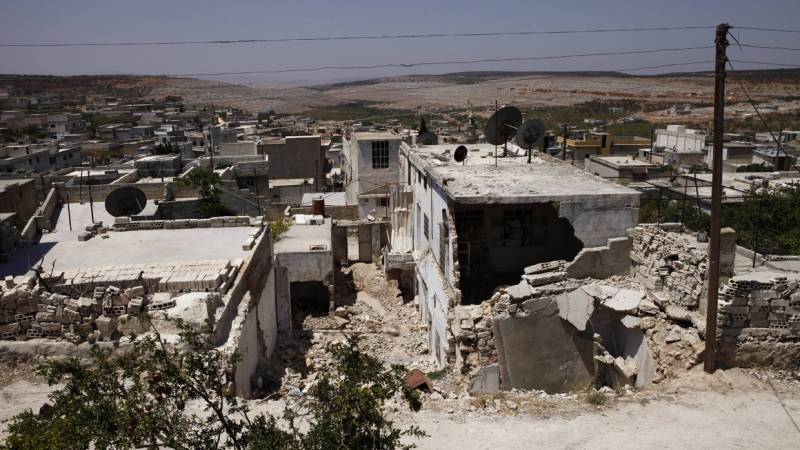 Riyadh claims that foreign instructors continue to operate in Idlib. In addition to the “traditional” helpers of militants from across the ocean, the Syrian argues that this can be people from Israel, as well as from European NATO countries.

From the report:
As for the city of Idlib, as well as the entire province of the same name, I personally believe that very soon and they will be freed by the Syrian fighters under the command of our President Bashar al-Assad.

Ctrl Enter
Noticed oshЫbku Highlight text and press. Ctrl + Enter
We are
Reports from the militia of New Russia for 27-28 September 2014 of the year
2 comments
Information
Dear reader, to leave comments on the publication, you must to register.