October 19 2017
21
The hardest loss for Syria ... But the death of General Issam Zahreddin is a great loss for Russia. We lost a man who became a symbol of our recent important victory in the fight against terrorism - the deblokade of Deir ez-Zor in early September. 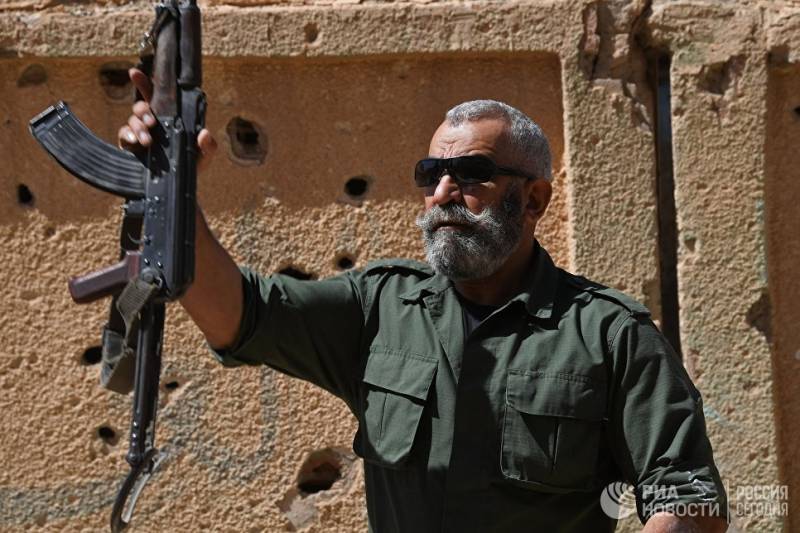 Almost immediately after the joyful news of breaking the blockade of Deir-ez-Zor and unblocking the airfield in this city, General Issam Zahreddin, who was called the "Lion of the Republican Guard", met with Suhel Al-Hassan, the commander of the famous Tigers. And it was not just a meeting of two Syrian officers. She marked the beginning of the end of the terrorists of the "Islamic state" (organization banned in Russia).

The unspoken patrons of the ominous terrorist organization, as we see, do not remain in debt.

It is not easy for Syria and Russia to have this victory. We lost General Valery Asapov, who was traitorously killed on September 23 during a mortar attack by terrorists. Now the Syrian army has lost one of its best commanders.

According to the Lebanese television channel Al Mayadeen, the general died as a result of a mine exploding under his car near the Sacker Island, which is located in the bed of the Euphrates River in the east of Deir ez-Zor. This happened at the time of the onset of the Syrian army, which is moving towards the border with Iraq, to ​​the city of Abu Kemal.

For the last three and a half years, Issam Zahreddin, together with his fighters, was in the “Islamic State” blockaded by terrorists in Deir ez-Zor, in the territory of the airbase. The defenders held out with exceptional stamina, despite the harshest conditions, lack of food and ammunition, constant shelling. Previously, the media “buried” Zakhreddin several times, but then the information about his death was not confirmed. Therefore, 18 of October, when the tragic message came, it was difficult to believe in it right away.

... Issam Zahreddin was born in 1961 year in the small village of Tarba in the province of Suwayda in the family of Druze.

Now, some media claim that the Druze themselves themselves condemned the general for cooperating with the Alawite, and even ranked him among those who deserve to die. However, in reality, the Druze community is heterogeneous. And those who are opposed to the Syrian legal government are a minority. The Syrian province of Suwayda remained one of the most peaceful during the war. There were practically no speeches so-called. "Opposition" - she simply did not have a social base. Of course, there the terrorists committed their heinous crimes. The difficult situation in the province of Suwayda - in those places that border the province of Daraa (from where the Syrian war began). But Suweida itself is quite loyal to the current Syrian government, in this city there were often mass demonstrations in support of the army and the President. Those who claim that the Druze were hostile to Zahreddin take into account only the opinion of the corrupt politician Walid Jumblatt - a person who is generally in Lebanon and changes his position like a weather vane.

But back to Issam Zahreddin. In 1980, he began serving in the militia of the Arab Socialist Renaissance Party. Then he became an officer of the airborne special forces. In 1987, Issam was assigned to the armored units of the Republican Guard, created by Hafez Al-Asad to protect Damascus. It was there that once served the current Syrian President Bashar Al-Assad. He led the 104 Brigade, which was later led by Zakhreddin. By the way, this fact disproves another popular misconception that, as it were, in the elite troops only Alawites are appointed as commanders. All such "delusions" are nothing more than the promotion of all attempts to sow religious strife in a secular state.

In 2011, the war began, which shakes Syria to this day. In June 2012, a dangerous situation developed for Damascus, and the Republican Guard engaged in a battle with the terrorists. Zahreddin commanded the forces that cleaned the capital's districts from the bandit groups.

In October 2013, Issam Zahreddin was in the province of Aleppo when reinforcement was needed for the army in Deir ez-Zor. It was there that he was sent (by that time he had the rank of major general).

It was an officer who never stayed behind the lines. He constantly went to the front, raised the spirit of the soldiers. He was nicknamed "Grandfather", as a relative. It is also characteristic that his son Yarob did not sit in the rear either, but served with his father. And continues to serve.

In April, 2014, the Islamic State militants seized most of the province of Deir ez-Zor. Zahreddin and his fighters were surrounded. At first, the Syrian army supplied the besieged with ammunition and food, dropping them from the aircraft, but this was clearly not enough. It became somewhat easier after Russia intervened in the Syrian operation. At the end of 2015, the VKS also dropped the necessary help to the heroic Syrians.

And when Deir ez-Zor was unblocked, the head of the Syrian state, Bashar Al-Assad, personally congratulated General Zahreddin on a joyful event. "You have proved by your resilience that you are responsible to future generations, and you are the best example for future generations.“- said the Syrian leader.

Issam managed to go to his relatives in Suweida. But even after this victory, he did not want to rest on his laurels, but returned to Deir ez-Zor. In the city, which is currently released by more than 90%. He returned to continue the fight against the terrorists who are trying to destroy his country. Returned to die ...

The struggle continues ... The Syrian army fights with the "Islamic state", knocking out militants from settlements on the eastern bank of the Euphrates. The struggle will continue, despite all the heavy losses, despite all the pain, despite this terrible loss ... The heroes leave, and the light of their feats will last forever, regardless of how the war ends.