Punitive psychiatry - the French did everything for us 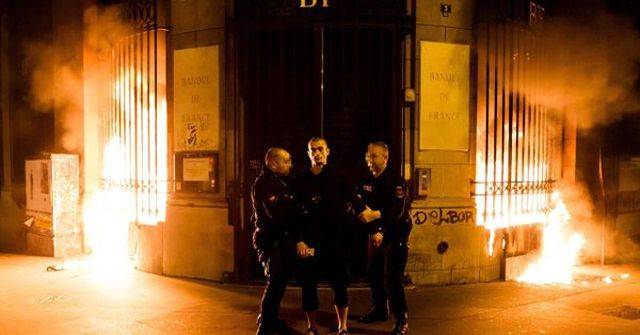 The whole freedom-loving and progressive public admires the courage and "unbeatable" steadfastness of Peter Pavlensky. He sewed his mouth and wrapped himself from head to foot in barbed wire, nailed precious genitals to the pavement. Supporting the progressive armed coup d'état in Kiev, our Russian perfectionist co-comrades burned 23 in February 2014 of the year of the tire next to the Church of the Savior on Spilled Blood in St. Petersburg.

Pavlensky subsequently (when he was embroiled) narrated about his wired mouth: "Sewing up his mouth against the background of the Kazan Cathedral, I wanted to show the position of the contemporary artist in Russia: a ban on publicity." Then his compassionate police officers were taken to a psychiatrist, who made a cruel (as it now turned out) decision: “Healthy.”

What did he not do during the last 4 years. Oh yeah - did not work. But genius is not appropriate.

The cruelty of the regime knew no bounds. Even after Pavlensky was sitting naked on the fence of the Serbsky Psychiatric Hospital naked, a Russian court refused to send Peter Pavlensky to an inpatient psychiatric examination. He refused, despite the fact that Pavlensky cut off the lobe of his right ear with a knife.

After that, with his unwired mouth, the “revolution songbook” said what acquired unprecedented relevance today: “The concrete wall of psychiatry separates reasonable society from insane patients. Returning the use of psychiatry for political purposes - the police apparatus regains the power to determine the threshold between reason and madness. Arming with psychiatric diagnoses, a white-coat bureaucrat cuts off pieces from society that prevent him from establishing a monolithic dictate of a single standard for everyone and a binding standard for each. "

In an outburst of unparalleled heroism, Pavlensky even set fire to the underworld. Not less than 128 figures — artists, art historians, art critics, curators, museum workers and gallery owners — signed this “diploma” about this action. They wrote that "the definition of" vandalism "does not correspond to the nature and status of the artistic project, artistic gesture, as well as the motives of its author, an action artist, and not a vandal."

Europe was delighted. Reuters in 2013 found a photo of Pavlensky with a mouth sewn of one of the best 2012 photos of the year. in 2016, in Vilnius, in front of the building of the former KGB, a bust of a hero appeared with a mouth sewn up and the signature “I am an ideal citizen”. In Germany, they even shot and released the film “Man and Power” (Der Mensch und die Macht), which enthusiastically described the accomplishments of the “avant-garde revolutionary”.

Therefore, when the walls of the hateful prison of nations became too small for him, Peter almost Apostle transferred his body directly to the center of democracy and freedom - to Paris. Which is worth not only the Mass, but also his genius. Transferred in order to "kindle the fire of revolution around the world."

Starting with France, which gave Petr Pavlensky political asylum. Apparently because he left Russia without paying a penalty for the damage caused by the burning of the doors of a historic 19th century building on Lubyanka.

But the “bloody hand of totalitarian Mordor” reached out to the city of Paris. After the "actionist" set fire to two windows of the Bank of France branch in the Place de la Bastille, he was tied up and taken from the police prison to the very mental hospital he had long dreamed of.

Pavlensky's words were prophetic. Remember, "Returning the use of psychiatry for political purposes - the police apparatus regains its power"?

France, the ancestral home of the revolution and freedom so beloved by him, repressively rolled along the mouthpiece of this very freedom. Instantly proving with the example of Peter Pavlensky that it is possible and necessary to set fire to government institutions in Kiev and Moscow, but not in the capital of “enlightened” Europe.

Pavlensky was not destined to burn tires on Montmartre for exactly the same reason that the EU is ready to admire him and similar "revolutionary avant-gardists" exactly as long as they organize coup in Ukraine or go against the authorities in Moscow. But as soon as individually, like Pavlensky, or right along with the territory, as Ukraine tried to do, someone rushes to the “civilized Europe” with tires and their own ideas, the barrier is lowered, and those mistakenly inward turn into an insane asylum .

Tellingly, in Russia all 128 (or how many were there) the signatories are silent and do not buzz. Like everyone else in the EU, in Russia. No one not only tries to tell that the arson of the Bank of France is not vandalism, but an act of high art, but also in every way deny Pavlensky as if it were abnormal.

Therefore, we all should be grateful not so much to French punitive psychiatry, but to Pavlensky. On the example of which the double standards of Europe are clearly visible, and that insanity. in which all our Russian, bohemian parties, giving out their inadequacy and inferiority for a certain "protest" dwell.

PS And the Kiev Kastrolegolovym French Themis showed a real attitude towards them in the EU. They will be admired and even helped only as long as they destroy their own zoo.

Ctrl Enter
Noticed a mistake Highlight text and press. Ctrl + Enter
We are
Reports from Strelkov Igor Ivanovich 21-22 July 2014 of the yearThe serviceman sewed the ears of his colleague and threaded a nose with scissors
27 comments
Information
Dear reader, to leave comments on the publication, you must to register.