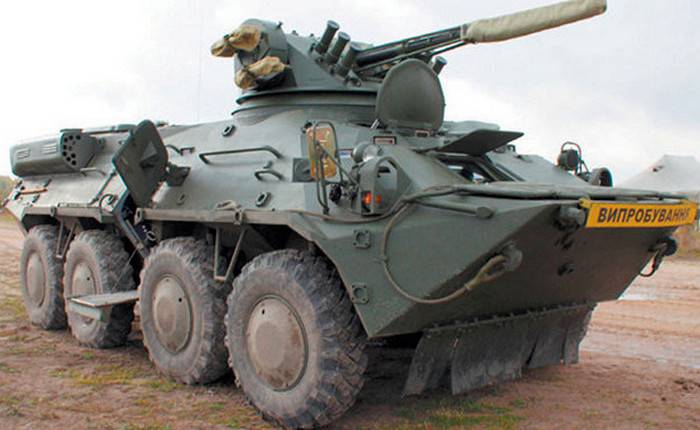 As noted in the decision of the Slavic district court of Kiev, in November 2015, the Ministry of Defense entered into an agreement with the BTWC on the supply of the army with the upgraded armored personnel carriers BTR-3DA. A pre-trial investigation established that over the next two years, the state-owned enterprise spent on the purchase of ATI500AR steel for the 57,12 armored personnel carriers corps of one million hryvnias (2,1 million dollars). Whereas during the tests, the presented armor parts were made of a material of another brand - HB500MOD, produced in Belgium
- the report says.

According to TSN, the anti-corruption bureau considers the purchased steel to be of poor quality: it was made by the Ukrainian Lozovsky Forging-Mechanical Plant, this is a semi-finished product - uncured steel with other physical and chemical characteristics without guarantees of mechanical properties, which makes it less bulletproof and threatens the lives of military personnel.

Ctrl Enter
Noticed oshЫbku Highlight text and press. Ctrl + Enter
We are
Reports from the militia of New Russia for 27-28 September 2014 of the year
33 comments
Information
Dear reader, to leave comments on the publication, you must to register.