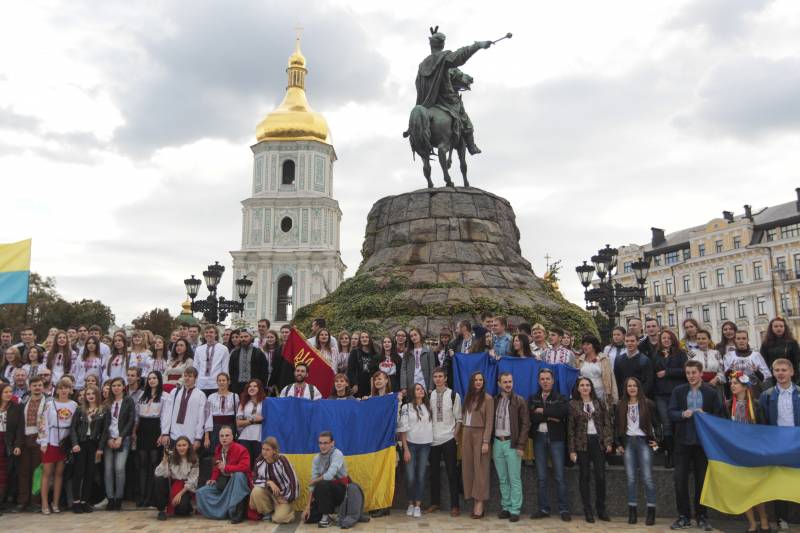 “This report is partly devoted to the struggle of Ukraine for unity and opposition to Russian influence, in particular pressure in the military, diplomatic and media spheres. But it is also about internal confrontation in determining the political, institutional and civil future of Ukraine. In a broad sense, euromaidan was a response to the poor quality of local government and corruption, as well as to unfulfilled expectations regarding European integration, ”the report says.

The authors believe that the West should do more to support Ukraine and reform it. In particular, they accused the European Union that its actions in support of Kiev were “too timid.”

In their opinion, Ukraine needs to focus on the following key areas: “geopolitics and security in the context of conflict with Russia, European integration and meeting the requirements of an association agreement with the EU, economic reforms, government reform, democratization and media work, enhancing the role of civil society in reforms and the fight against corruption. " Of great importance is the preservation of the territorial integrity of Ukraine.

Experts believe that Ukraine will continue to face pressure from Russia, and the West should help it in this confrontation. Also noted is the disinterest of national elites in the prosperity of the country.

“Perhaps the greatest danger for Ukraine comes from within it itself. The establishment of Ukraine, its informal connections, the Soviet past and the rights of these businessmen, enshrined in the laws that have influence on the authorities, are the most significant threat to the stability and success of Ukraine, ”the document says.

A factor that hinders the development of Ukraine is the ongoing conflict in the Donbas.

The fact that only diplomatic formulas will reduce the Russian desire to dominate Ukraine is an illusion ... There is no contradiction between dialogue and defense. The West is obliged to work inside and outside the international negotiation formats - Norman, Minsk - to stop the war between Ukraine and Russia and strengthen European security,
write authors.

“The West should provide broader military assistance, including training (of the military). It is necessary to provide funding for the modernization of Kiev-controlled regions of Donbass, as well as to develop NATO programs to support the defense and law enforcement sectors, ”the report says.

Ctrl Enter
Noticed oshЫbku Highlight text and press. Ctrl + Enter
We are
Reports from the militia of New Russia for 27-28 September 2014 of the year
Military Reviewin Yandex News
Military Reviewin Google News
31 comment
Information
Dear reader, to leave comments on the publication, you must to register.