October 17 2017
93
British Foreign Secretary Boris Johnson believes that his country cannot have normal relations with Russia due to its actions in Ukraine and Syria, however London is ready to establish cooperation with Moscow in areas where it is possible.

We cannot have normal relations with Russia, taking into account its actions in Ukraine and Syria. Considering how they continue to behave in cyberspace, but we must establish cooperation with Russia, following bilateral interests where possible
- he said. Responding to questions from parliamentarians, Johnson suggested that Britain needed to "restrain Russia and punish its harmful and subversive activities." 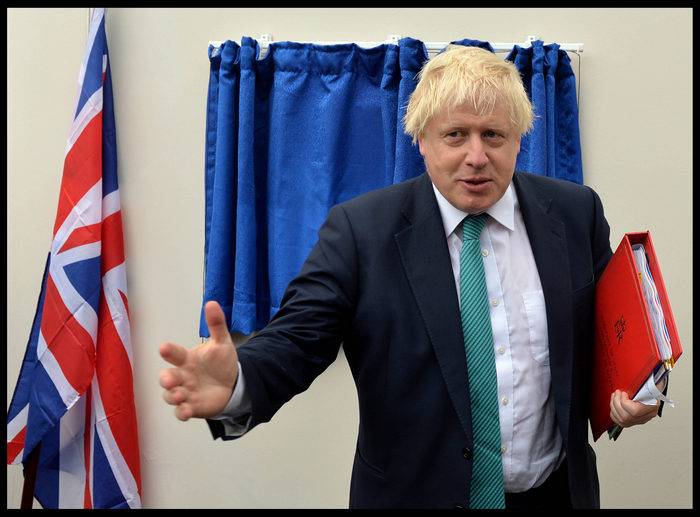 Nevertheless, Johnson admitted that London has no evidence about the involvement of the Russian Federation in the implementation of cyber attacks on the infrastructure of the United Kingdom.

We continue to observe the actions of the Russian Federation in this area. At the moment, we still can not identify any Russian cyber attacks on the UK
- he added.

As previously, the British Foreign Ministry informed that Johnson will visit Russia at the end of this year to discuss international security issues. The British side intends to discuss the agreement on Iran’s nuclear program, regional stability in the Middle East, the situation on the Korean Peninsula, as well as security cooperation ahead of the World Cup in 2018, reports TASS

Ctrl Enter
Noticed a mistake Highlight text and press. Ctrl + Enter
We are
93 comments
Information
Dear reader, to leave comments on the publication, you must to register.