The National Interest: How Russia is trying to make American F-22 and F-35 obsolete like battleships

October 18 2017
73
The Russian military department pays special attention to the projects of radar systems with enhanced characteristics, which regularly leads to the emergence of new models. Immediately or with some delay, promising radars attract the attention of domestic and foreign specialists. Among other things, this leads to the emergence of various publications of various kinds. Along with screaming headlines, there are attempts at weighted consideration of the issue.


14 in October, the American edition of The National Interest published an article by the author Charlie Tao under the heading “F-22 and F-35 as Obsolete as Battleships” (“How Russia is trying to make American F-22 and F-35 obsolete like battleships "). The article from The Buzz and “Security” headings, which has a specific title, is devoted to one of the Russian developments in the field of radar.

The author begins his material with a reminder of past events. So, since the advent of the so-called stealth technology and aviation technicians using them many radars were declared "invisible killers." To date, one of the best systems of this kind has been created - the Struna-1 / Barrier-E bistatic radar station. This radar was created by the Moscow Central Scientific Research Institute of Radioelectronic Systems (TsNIIRS), which is part of the Almaz-Antey concern. 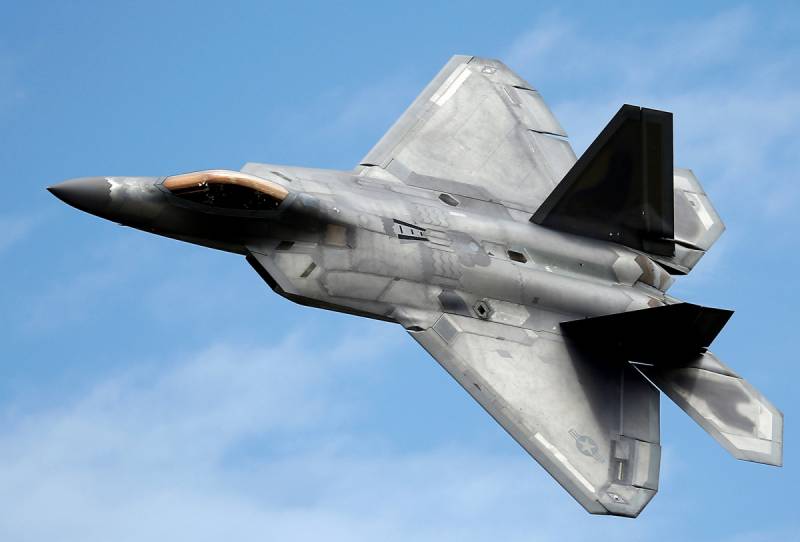 The first version of the radar "String-1" was created in 1999 year. In the future, this project was developed, the result of which was the updated station "Barrier-E". The first demonstration of this development, intended for export deliveries, took place at the MAKS-2007 exhibition. Ch. Gao notes that the radar family "String-1" is not present on the official website of the concern-developer, but the materials on this project were presented at the MAKS salon this year. According to unconfirmed reports, similar detection tools have already been deployed in the Moscow region.

The author describes the principles of the new station. The “Struna-1” complex differs from most locators by the principles of operation - this is the so-called Bistatic station, which includes a long-distance transmitter and receiver. “Ordinary” monostatic radars are equipped with a combined receiving and transmitting device made in the form of a single unit.

The characteristics and potential of a radar station are limited by the specifics of radio wave propagation. Increasing the distance to the target reduces the power of the probe signal reflected by it, however, it is enough to detect the object. In the case of monostatic stations, the reflected signal, in an ideal situation, is four times weaker than the transmitted one. Stealth technology involves the use of various means of reflecting or absorbing radio waves. As a result, only a significantly weakened radio signal returns to the station, which makes it very difficult to detect the target.

In the “String-1” project, the problem of reducing the power of the reflected signal was solved by separating the receiver and transmitter by a certain distance. Due to this, the receiver receives a more powerful signal, which increases the basic characteristics of the station. According to C. Gao, obtained from Russian sources, this method of radar operation almost three times increases the effective target scattering area, and also practically ignores any coatings intended to reflect radio waves. A station with similar capabilities is able to find a variety of aerial targets characterized by low ESR. It can be stealth planes, cruise missiles and even hang gliders.

The structure of the radar "String-1" / "Barrier-E" includes several receiving and transmitting posts equipped with the necessary radio-electronic equipment and means of communication. One radar complex can include up to ten such posts. According to reports, the distance between the nearest posts can reach 50 km, thanks to which one station of the full complement covers an area up to 500 km wide.

The author notes that the individual "towers" of the bistatic station are distinguished by low power consumption, and also have less radiation power in comparison with other radars. This reduces the likelihood of the detection and destruction of anti-radar station weapons. Receiving and transmitting posts are made mobile, which allows you to quickly transfer them to a given area. For communication between themselves and with the control station, the posts use a secure radio channel.

The proposed architecture of the complex increases survivability: when several components are out of operation, the station as a whole remains operational, although the detection accuracy can be reduced in some way. Transmitters and receivers with the help of mast devices rise to a height of about 25 m, which allows the station to monitor the situation at low altitudes, solving one of the most difficult tasks for the radar.

With all its advantages, the radar "Struna-1" has some drawbacks. First of all - restrictions on the height of detection. Due to the use of spaced posts with transmitter and receiver, the tracking area has the shape of a parabola. As a result, the maximum detection height does not exceed 7 km. In addition, the height of the detection zone decreases as it approaches the station components. There are restrictions on the transverse dimensions of this zone. Next to receiving and transmitting posts, it has a width of about 1,5 km. At the optimum point between the two components of the station, the diameter of the parabola is 12 km.

The relatively small size of the detection zone to a certain extent reduces the potential of the Struna-1 / Barrier-E radar in comparison with other modern Russian and foreign stations, and therefore it cannot be a full-fledged replacement for them. At the same time, it is able to find inconspicuous airplanes and small-sized targets, as well as to determine their coordinates with high accuracy. In this regard, "String-1" is able, at least, to complement some of the existing patterns.

The bistatic station cannot be used for targeting guided ground-to-air missiles with a semi-active radar homing head. In connection with the characteristic technical appearance, it is not able to provide a constant illumination of the air target, because of which the rockets cannot receive the reflected signal and be guided along it.

Charlie Gao concludes his article “How Russia is Trying to Make America's F-22 and F-35 as Obsolete as Battleships” with conclusions about the real potential of the Russian radar in the context of use against modern foreign technology. He believes that the station "String-1" is not a universal means of detecting subtle aircraft and other complex targets. At the same time, however, it is fully capable of posing a serious threat to such equipment of the NATO countries during a hypothetical conflict.

Attack aircraft, which rely on their stealth, are distinguished by a specific flight profile, which literally pushes them into the String-1 radar. The latter, working together with other systems of “invisible killers”, can collect critical information about the movements of attacking aircraft, which will have clear consequences.

According to reports, the radar "Struna-1" was created in the late nineties and a few years later entered service. Within the framework of this project, specialists of TsNIIR implemented the original principle of a clear-cut bistatic location. Due to the separation of the transmitter and receiver at a considerable distance in the space between them, an area with an increased energy potential is formed. This is what gives the station unique characteristics and capabilities.

It is known that the String-1 / Barrier-E station uses a radio relay station with a power (in normal mode) not more than 2-3 W to generate a probing signal. Despite the relatively low power, the complex forms a large tracking zone with a length of up to several hundred kilometers, depending on the number of receiving and transmitting posts. The configuration of such a radar "barrier" can be determined in accordance with current needs. It is noteworthy that the low power of the emitters allows the placement of posts near settlements.

The complex incorporates a portable device with an operator’s workplace and up to ten receiving and transmitting posts. All components of the "Strings-1" are made in the form of mobile systems on their own chassis. An important feature of this radar is maximum automation. Remote posts work independently and without human intervention.

According to open data, the radar "String-1" uses the frequency range from 390 to 430 MHz with simultaneous operation of 10 posts. The detection zone can be up to 500 km long and is divided into several links up to 50 km long. The coordinates of the target parallel to the radar barrier are determined with an accuracy of 2100 m; across - to 170 m. The resolution for target speed is 5,8 m / s. Despite the low radiation power, the station has a high potential in detecting targets. The bistatic principle of operation allows to increase the actual EPR of the target by two or three orders of magnitude (it is noteworthy that Ch. Gao wrote about the increase only 2-3 times). As a result, various small size or stealth targets can be detected.

The automation system is capable of simultaneously accompanying up to 50 air targets — by 5 in the detection zone of each of the links. Based on the collected data, information about the target’s path is generated with an update every second. The equipment is capable of recognizing a cruise missile, fighter, bomber, light aircraft or helicopter. The probability of correct recognition of the object - 0,89. Information about the air situation, processed and analyzed by the equipment of the operator’s workplace, can be transmitted via radio to various consumers.

In 2005, the Struna-1 station was put into service and put into series. The start of production and supply of promising systems to the troops did not lead to a halt in design work. The Central Research Institute of Radioelectronic Systems continued the development of the existing project. In 2007, the export version of the 1 String, called Barrier-E, was introduced. In the future, materials on this project were repeatedly demonstrated to potential customers at various exhibitions.

According to open data, the Struna-1 radar was put into service in the middle of the last decade, but there is no information about the volumes of mass production, supplies and deployment of these systems. Data on the sale of export stations to foreign customers was also not published.

Ctrl Enter
Noticed a mistake Highlight text and press. Ctrl + Enter
We are
About the future of underwater roboticsAn-12 in Afghanistan
73 comments
Information
Dear reader, to leave comments on the publication, you must to register.