October 18 2017
44
The offensive against the Poroshenko regime that was being prepared quite openly for more than a month has begun!


Searches are now being conducted in the apartments of the officers of the Donbass battalion, established in 2014 as the "voluntary battalion" by Semen Semenchenko (Grishin), now a member of the Kiev regime parliament. For many, surprisingly, the current government in Kiev already enjoys the illegal status of the punitive battalions created immediately after the coup to initiate cases and searches.

In the same way, the nationalists in Lviv became the target of the offensive — the police carried out the arrests of activists of the autonomous resistance nationalist organization. Similarly, in May, the Berkut 2013 in Kiev detained exactly the same activists and in the winter of 2013-14 opposed the nationalists.

Yesterday, on the eve of the nationalist actions against Poroshenko announced a month ago, the nationalists of the Freedom Liberty, the National Azov Corps and the Right Sector created a springboard for the accumulation of forces in the center of the capital. Under the pretext of demands for nationalization, they seized the so-called "Yanukovich helipad" - unfinished a few hundred meters from the same Mariinsky park. in which howitzers are installed. 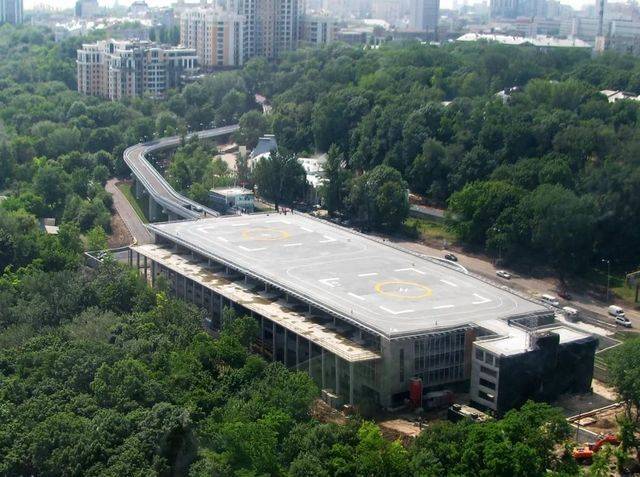 Currently, a rally with sporadic fights between nationalists and ... nationalists is taking place in the city center. The described O * Henry unfolds - the collapse of the trust from the inside.

However, one should not expect that today, disgruntled nationalists will take by storm the presidential administration and parliament, and Poroshenko, after Yanukovych, will flee to Rostov or Malta. In the plane of the president himself, in whose honor today the howitzers installed in the park gave an unusual salute for Kiev. 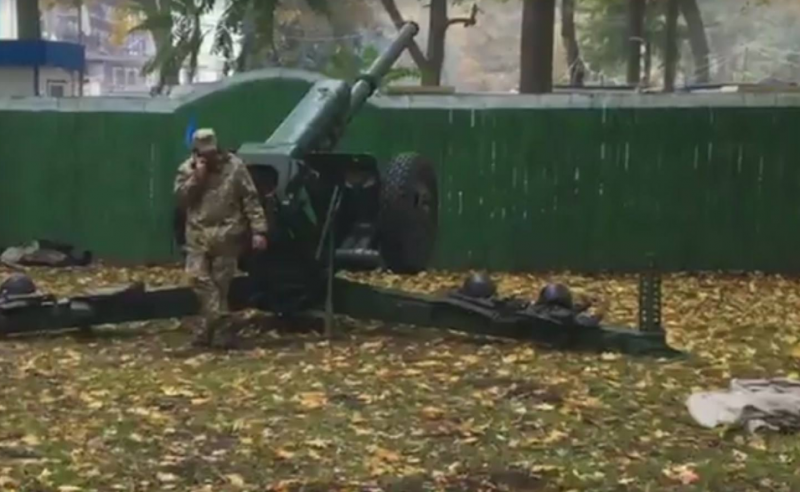 In the south of Russia, in the Ukraine, now Ukraine, the richest experience of organizing Maidan. The general plan for which he described in the last century Tychina: "On the Independence Stake of the Revolutionary Church. - High Shepherd! - they huknuli, - for the otaman bude. Farewell, wait for the will ...".
That's right - on the square near the church they shouted, they chose an ataman and “are waiting for freedom”.

Today there is no such support and therefore there are more nationalists defending Poroshenko on the streets in the center of Kiev than nationalists demanding his removal from power.

In Kiev, there is not even a formal leader who would be unanimously supported by all the protesters. Neither Saakashvili's clown, profukuvshy own country, nor the old Yulia Tymoshenko, nor the Tighnibok or another leader, has not yet been approved by external "interested" as the new Messiah. There is no such general "Leader" for those who have taken to the streets.

In fact, we face the classic Ukrainian Maidan in the gestation stage. Protesters conduct a trial of strength. Swinging power, checking how stable it is. Trying to attract the attention of external sponsors. They prove that they deserve support both financially and politically.

But objectively, the next coup, neither the United States, nor the EU, nor Russia is needed today. On the contrary, even Russia financially supports the Kiev regime, allowing it to ripen. The trade turnover between Kiev and Moscow grew almost one and a half times this year compared to the first half of last year, a billion dollars were supplied for the smooth passage of the heating season. 16% increased investment from Russia.

Moscow is really trying to keep the continental part of Ukraine from further decay. Retain until the moment when she herself is ready (let's say politically correct) "to insist on the consistent implementation of the Minsk agreements." Having achieved the integration of the Republic of Donbass in the new Ukraine, which will replace the current one. Ideally, in the previous borders with the exception of the Crimea. At worst, excluding Galicia and (which I would not want to) Transcarpathia.

In the meantime ... for the time being, "rebellion cannot end in luck. Otherwise, it would have been called otherwise." 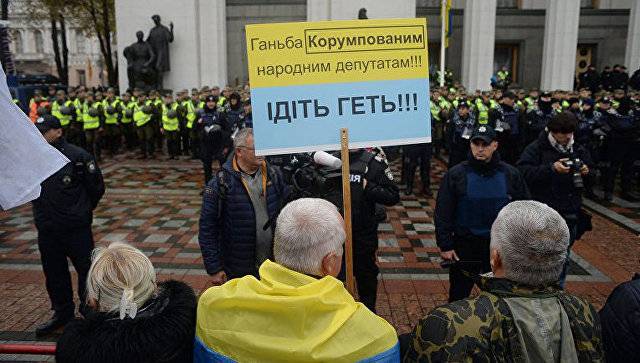 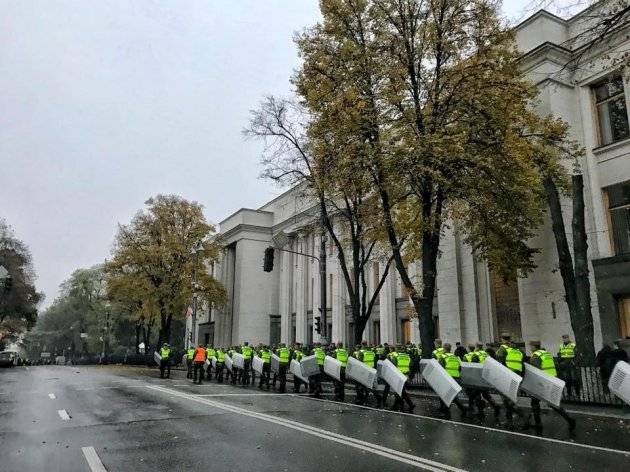 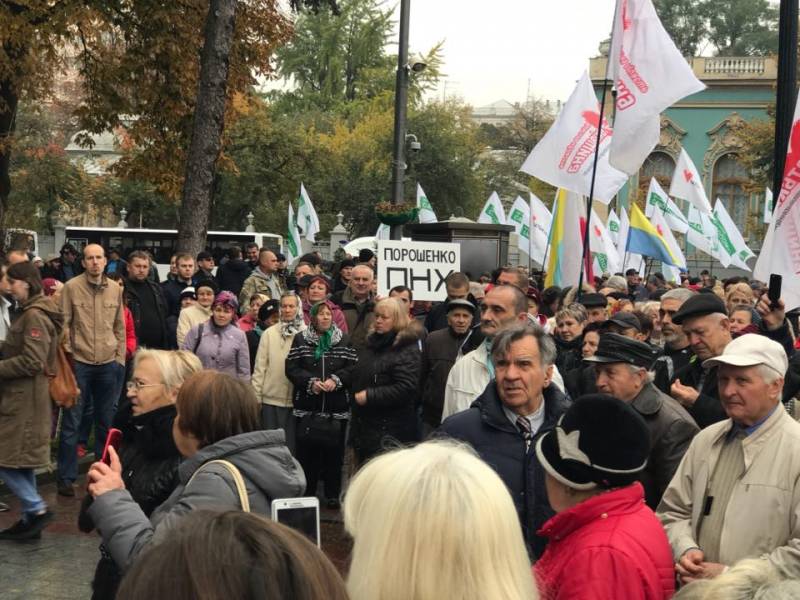 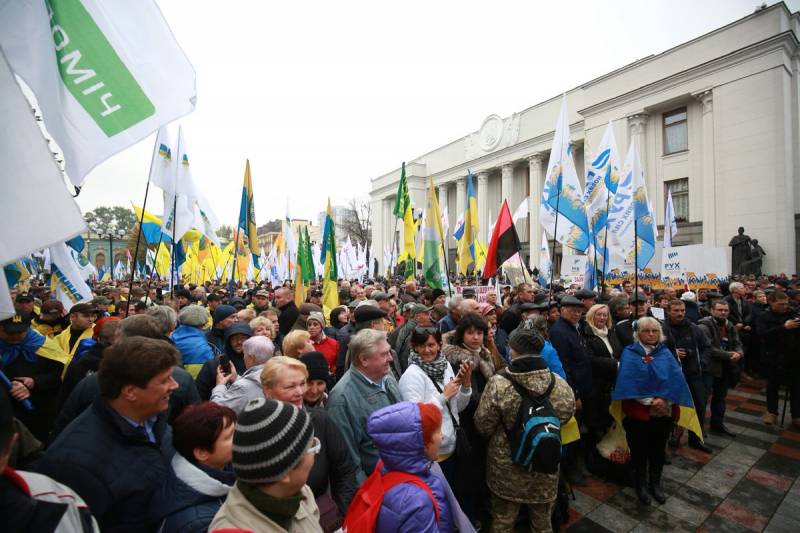 Ctrl Enter
Noticed a mistake Highlight text and press. Ctrl + Enter
We are
Reports from the militia of New Russia for 9 September 2014 of the yearDetails about the "battle" with the participation of the Ukrainian battalion "Donbass"
44 comments
Information
Dear reader, to leave comments on the publication, you must to register.