October 17 2017
85
The head of the Senate Armed Services Committee, John McCain, warned Baghdad of the "dire consequences" of the possible use of American weapons against Iraqi Kurds transmits RIA News. 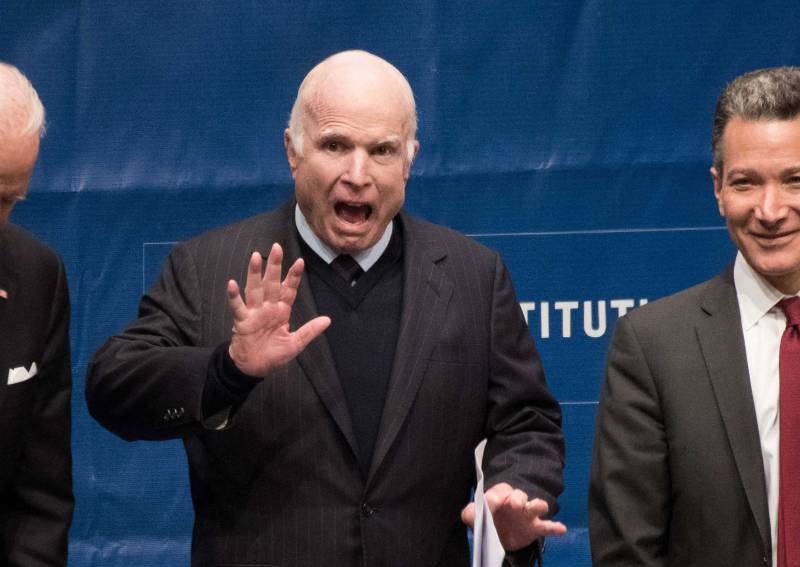 The United States provided the government of Iraq with equipment and training to combat IS (grouping is prohibited in the Russian Federation) and to protect against external threats, and not to attack parts of one of its regional governments, which are a long-standing and valuable partner of the United States,
said in a published statement McCain.

He called Baghdad "not to make a mistake."

Otherwise there will be severe consequences if we continue to observe how American equipment is used in the wrong way,
added senator.

Recall, on Monday, Iraqi government forces launched an operation to regain control of the province of Kirkuk. Clashes between the Iraqi army and the Kurdish militia Peshmerga occurred in the southern part of the province. Currently, the military has established control over the capital of the region and its surroundings.

Ctrl Enter
Noticed a mistake Highlight text and press. Ctrl + Enter
We are
John McCain: while Trump tweets on Twitter, the US loses the war in Afghanistan
85 comments
Information
Dear reader, to leave comments on the publication, you must to register.