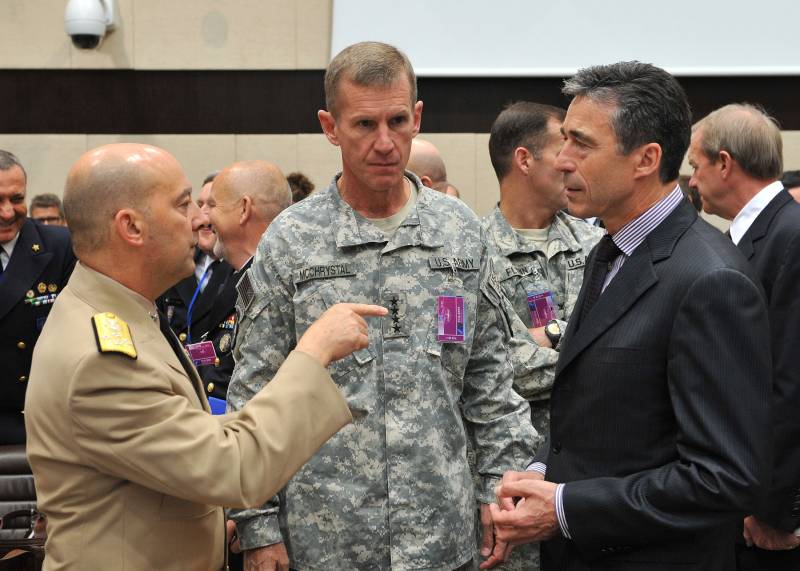 Anders Fogh Rasmussen has just returned, he said, “from the line of contact” between Ukraine and Russia, that is, from the line that “separates free Ukraine from the regions of Donbass occupied by Russia”. Rasmussen Global spoke about his impressions in the Canadian edition "Globe and Mail".

Rasmussen concluded that Europe, Canada and the United States have the ability to contribute to a political settlement of the situation. There are two possibilities: 1) to give defensive equipment to the Ukrainian military; 2) deploy the United Nations peacekeeping mission in the Donbass region.

The question is whether the Western world has the courage to make such a decision. Or shyness will allow to "float by"?

The “window” for the peacekeeping mission was opened last month by Vladimir Putin himself when he announced a proposal for UN peacekeepers, the author notes. The draft resolution for the UN Security Council from Moscow “turned out to be a typical Putin bluff, contrary to numerous UN principles,” that is, “it cannot be accepted in its current form,” Rasmussen writes. But you don’t have to completely abandon it: the West is able to "rebuild the last trap of Moscow to the window for peace" using a combination of carrots and carrots.

For a start - a whip: the provision of defense systems to Ukraine. At meetings with Ukrainian senior commanders and soldiers on the contact line near Donetsk, Rasmussen asked what they needed to better protect themselves and protect the people. They gave a clear answer: protective equipment, night-vision goggles, equipment for signaling, radar for detecting enemy fire positions. President Trump just has an idea to supply such kits. True, many leaders, especially in Europe, fear that this will provoke an escalation of the conflict. But this technique is defensive! And the provision of protective systems "in no way disagrees with the efforts of the peacekeeping mission."

Putin should also be given a chance "to save people from the war he unleashed," writes Rasmussen. Given Putin’s “past inability” to “stick to ceasefire agreements,” Rasmussen proposes to deploy “reliable international forces” in the region that support peace. President of Ukraine Petro Poroshenko calls for such a mission from 2015 year.

In the Donbas - “a humanitarian catastrophe,” says Fogh Rasmussen. Near the area he visited, there is a "septic tank with toxic waste." He needs repairs. If a tank had broken through there, 80% of the region's drinking water would have been poisoned.

By agreeing to the presence of peacekeeping forces, Moscow will agree to de-escalate, the expert is sure. “The withdrawal of Russian soldiers and the removal of weapons from the occupied territory” will be, according to Rasmussen, “a prerequisite for the deployment of peacekeeping forces. The peacekeepers who control the border checkpoints will become “another guarantee” that Moscow will stop supplying “soldiers and weapon».

And here is the carrot: if Russia agrees "to the withdrawal of troops and the restoration of the sovereignty of Ukraine," the West "can offer" a softening of sanctions. Full exemption from sanctions can occur only when Russia fulfills “all obligations”. And for good reason the administration of Mr. Trump acknowledged that the path to better relations with Russia is going through Ukraine. Canada, too, would play a role in peacemaking - “as a transatlantic bridge.”

Mr. Rasmussen, we note, in the question of Russian “soldiers and weapons” appeals not so much to Mr. Trump and his Canadian counterpart, as to Mother Europe: after all, the Ukrainian conflict and tense relations with Moscow worry much more than its overseas hegemon. No wonder he hints that "escalation" in the Donbass can lead to a "European deadly conflict." You can’t name the good uncle of the former NATO member: no matter how he interprets Russia's actions, he suggests to start a conversation with her not with a carrot, but with a whip.

Ctrl Enter
Noticed a mistake Highlight text and press. Ctrl + Enter
We are
58 comments
Information
Dear reader, to leave comments on the publication, you must to register.