The war began with this operation ... 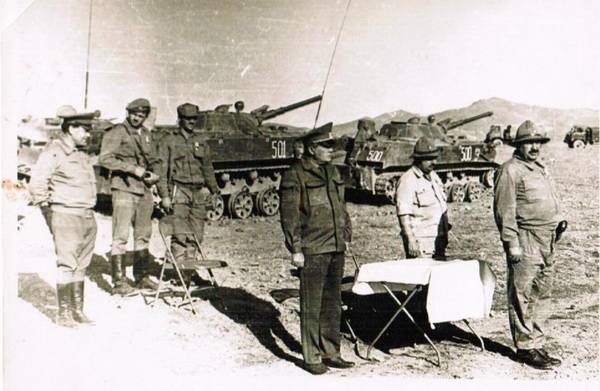 In the 1979 year, at that time Senior Lieutenant, Sergey Druzhinin served in the 350 Guards Parachute Regiment of the 103 Guards Airborne Division in the position of Deputy Commander of the 7 th Parachute Company in political affairs. Today he remembers how the war began in Afghanistan.

We continue to talk about the courage and heroism of war veterans in the North Caucasus, Afghanistan, Transcaucasia, other local wars and armed conflicts. As is known, Krasnaya Zvezda has been publishing these materials for more than one year as part of a joint project and in close cooperation with the administrators of the website “Courage” (www.otvaga2004.ru).

... 10 December 1979 of the year I arrived in dismay at the regimental park. Company technician warrant officer Vladimir Novitsky drove the car out of the pits.
In my 7-th pdr, the state lacked a company commander, one platoon commander and three driver mechanics. I took the 3 platoon and sat down at the levers of one of the BMD. Machines built on the parade ground, secured on their armor two sets of ammunition.

We marched to the airfield. Preparation began here: handing out ammunition, preparing maps. According to the plan, the 2 th battalion of our regiment was preparing to parachute by parachute to capture the airfield and ensure the landing of the rest of the personnel. 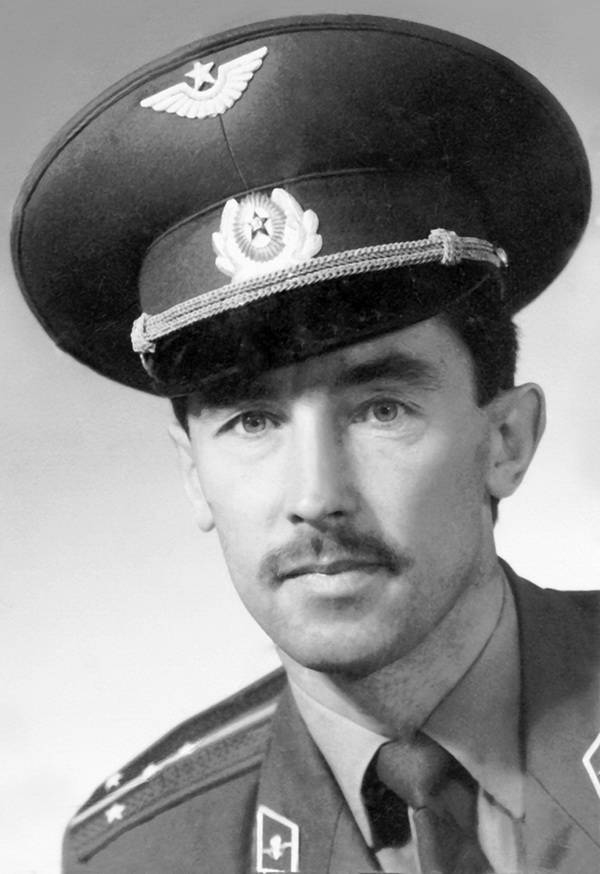 After landing, my company was to capture the hangars and the Boeing site. Each company had its own task. Everything, as in ordinary teachings ...

The machines moored in three positions on the An-22. Mechanics and operators flew with the equipment, the rest - a separate board. Landed at the Tashkent airport. Aircraft lined up on the taxiing. Positive temperature. We were not allowed anywhere from the airfield. Sandwiches and tea were brought on the truck and handed out to everyone. We began to work out the training capture of the airfield. Many spectators gathered around. Then - on the planes. Landed in Engels, on the Volga. Minus 20 degrees. The pilots liberated barracks for us and provided a dining room.

Every day in the morning, the companies went out to the stadium and practiced hand-to-hand fighting techniques. The whole airbase came to see our window dressing. Several times a day, they ran out in alarm to the planes, then followed the hang up.

25 December we were told that we are returning to Borovuha. Soared. We are located in the thermocabin. After climbing, they told me that they had received an order to set a course for Kabul.

Pilots began to worry, they say, they have little ammunition. Therefore, I gave them a "zinc" pistol cartridges - 750 pieces.

Shortly before landing, they realized that our BMD had frozen oil. Moored at the minimum ground clearance, they lay on the "belly". They opened the power compartments, but there was little heat and time. Tried to pump manual pumps - it is useless. And here is a touchdown. The ramp goes down ... My car is in the first position. Sat down at the mechanic. All surrounded the car, shouting:

The ramp lowered, and the plane left the strip for taxiing, without stopping.

Everyone who was free, including the pilots, piled on. The car plopped down on concrete.

Having thrown off the equipment on the move, the planes, without stopping, went from taxiing to takeoff. A “Ural” drive pulled off a car with a cable onto a green field. I looked at the airport building. Everything is quiet. He closed the hatch, started the heater and waited for the desired temperature.

After a short time, the cars stretched out into a column and went into the field to the place where the camp of the 350 PDP was located. The adviser gathered us and described the situation.

The next day, the commander of the 1 platoon (off-board reconnaissance platoon 3-th PDB), Senior Lieutenant Alexander Kuish, in the UAZ of the division commander, Major-General Ivan Ryabchenko, left for reconnaissance. My company was to capture the building of the general staff of the armed forces of Afghanistan.

General Ryabchenko ordered Kuish and Panasyuk, commander of the 8 Company, to advance to the BMD, stop at the rear and destroy the firing points.
Tracer bullets were flying over the city at that time. Amin’s palace was stormed. I drove up to the General Staff. The 9 and 8 mouth machines stood in a dense column in front of the iron fence of the building. I did not have external communication. As it turned out, the radio fuse burned out. I drove around and drove into the courtyard through the gate, putting the car at the left wing. Then moved the BMD to the main entrance to the building. Put on the 148 radio. Shooting was heard in the headphones. Quish platoon was already inside the building and worked on the 1-th floor. The side door of the building opened, a man came out and began dragging the wounded man through the door. Operator Sergeant Sergey Gorbachev asked permission to open fire. I stopped him. In the dark it was impossible to determine who it is.

When I left, I was surprised to notice that two platoon cars were missing. Then it turned out: one BMD got into the well during the march, and the other did not make it through the mash in the center. So, with me just one branch. He opened the high wooden door and entered the large light hall. I was directed by 15 man in sand overalls, hiding behind the columns. Someone shouted: "Own!" I replied, and the situation was discharged. I was told: "Your commander is upstairs." I climbed a wide staircase to the 2 floor. In the opening of the door of the first room lay an Afghan officer, he kept his hand on the handle of the TT pistol, which he managed to pull out half of his holster ... I stopped for a second. It was the first killed. The next door was ajar. I entered and saw the division commander, Major-General Ivan Ryabchenko, with a gun in his hands. He was wearing a light jumpsuit without insignia ...

The division commander, seeing me, said: “Well, finally ... Come on, work through the rooms. All clean the rooms. I began to move towards the left wing. He was sitting alone on the floor in a sand overalls. He stopped me: "You will not pass, they shoot through the door."

Lieutenant Pavel Lagovsky, one of the two brothers who accompanied the division commander in the operation, approached. He asked if I had a grenade. I replied that there is. Pavel stood next to the hanger and punched a hole in the door and threw a grenade at her. Then he gave a line from the automaton and knocked out the door itself. But there was no one in the room. The window was wide open ...

... There were several wounded, about five people. The battalion doctor, captain Vyatkin, tied up everyone. The prisoners were gathered in the hall of the left wing.
The commander of the 2 platoon, Lieutenant Alexander Kozyukov, who was the acting commander of the company, was sent to guard our embassy. From a nearby high-rise building, we were fired on with single shots. General Ryabchenko ordered Kuish and Panasyuk, commander of the 8 Company, to advance to the BMD, enter the building from the rear and destroy the firing points. Kuish and Panasyuk in the hall before going out stuffed shops, prepared grenades. We looked at them in silence. But here Ryabchenko again left the room and said: “To leave”.

The battery of divisional howitzers came up. They fired a volley, half the walls collapsed. And silence...

General Ryabchenko ordered me to deploy all the cars in a perimeter defense. At dawn, the commander of the 8 Company was sent in the direction of the Amin Palace. BMD knocked out. The car is back. We pulled out the wounded Alexander Panasyuk and led him into the room. He received two shrapnel wounds: one to the head, the other to the armpit. I bandaged it. I had to break the vest ...

The company technician Vladimir Novitsky brought from prison the new Minister of Defense of Afghanistan. And before that, even at night, a performance on the radio of Babrak Karmal took place. All the prisoners were given to listen to him.

My company then guarded the General Staff for a couple of days, but now with the Afghans. We were allocated a guard room.

Twice I had a chance to have dinner with the Minister of Defense of Afghanistan. Served in large plates of pilaf with bananas. Afghans ate with his hands. And I both brought a fork. Well, and then we were removed from the object, and the company returned to the airfield.

31 December 1979 of the year in a cold tent (we didn’t have stoves) Alexander Kuish and I said that, probably, that would be the end of it. They did not know yet that the nine-year war in Afghanistan was just beginning with this operation ...

Ctrl Enter
Noticed a mistake Highlight text and press. Ctrl + Enter
We are
Myths of the Great Patriotic. Papier mache helmetBy the 70 anniversary of the landing and the formation of a bridgehead Small land
6 comments
Information
Dear reader, to leave comments on the publication, you must to register.