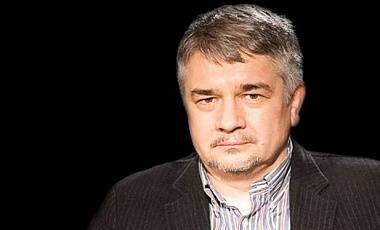 The greatest achievement of Petr Poroshenko in Strasbourg, where he explained to PACE deputies for about an hour the leading role and lasting importance of Ukraine for the modern world in general and European civilization in particular, was the resolution of the Parliamentary Assembly, effectively prohibiting the extension of the year 2018 sanctions against the Russian parliamentary delegation. If until that time any of the current crises did not turn into a serious war, then in January of 2018, the process of lifting European sanctions from Russia will start.


Before the lifting of economic sanctions, of course, still far away. Moreover, at the Eastern Partnership Summit (November 24 in Brussels), globalists will try to launch a counterattack. But as a whole, the European political trend in the Russian direction was determined and now only a war in which the EU and Russia will find themselves on opposite sides of the front line can really break it.

And the credit for Poroshenko personally, as well as the entire Ukrainian regime, in this change of European trend should not be underestimated. People did everything they could. Of course, European hankering also played its part - from 2017, after two years of threats, Russia stopped paying its contribution to the maintenance of PACE, depriving 10% of the budget of the assembly.

But on economic sanctions, the EU is losing more - the total losses have already exceeded over a hundred billion dollars and continue to increase, but they are not canceled yet, even though they are already seriously discussing this possibility.

As we see in some cases, mercantile Europe is ready to go to the principle and sacrifice more (even for it) money, in order to achieve its political goals (Europeans call this process “protection of ideals”). And Europe was losing money, but supported Ukraine for three years. And now everything has changed.

So, as at the PACE meeting the Europeans mocked Poroshenko, they did not even behave in relation to the Russian delegation even in the worst of times. Pyotr Alekseevich was remembered as the infringement of the rights of national minorities, and corruption, and even the failure to comply with the Minsk agreements. Moreover, the deputies attacked the holy - to the Crimea. And they asked Poroshenko whether he would be ready to recognize the results of the repeated referendum if he confirmed Crimea’s desire to remain Russian.

Taking into account that literally on the eve of Poroshenko’s speech at the PACE session, Czech President Milos Zeman suggested simply paying Ukraine a relatively small amount for the Crimea (and not with cash, but energy supplies), this is the second European stability sounding of the Ukrainian position in Crimea. Such coincidences are not random. Europe needs to find a solution to the Crimean problem that would allow the EU to recognize Crimea as Russian, while retaining its face. So the ideas of redemption, re-referendum are thrown (the result of which in the EU is beyond doubt).

The issue of Crimea will be solved - the EU will not have a reason to maintain sanctions. It is possible to “see” that it is Ukraine that breaks the Minsk agreements at any time. Moreover, the EU has already begun to notice it. Well, if it is Kiev that is disrupting the settlement process in the Donbass, then the sanctions should be imposed against it, and removed from Russia.

Thus, revolted Hungarians, Romanians, Moldovans, Poles and Slovaks novels in the law on education, depriving national minorities of the right to study in their native language, served PACE only as a reason to change course in the Ukrainian crisis. Moreover, the questions devoted to Minsk and Crimea indicate that the ground is being prepared for further, more radical, actions leading to a final and irrevocable review of the policy towards Ukraine and Russia.

It should be understood that the decisive role in Europe’s decision to revise Ukrainian policy was not the fact that Rada and the President supported the latest laws that revolted some Eastern European members of the EU (Ukraine had already allowed itself attacks against national minorities), and also calling into question the continuation of Minsk process. The main stimulant was Europe’s awareness of Ukraine’s critical weakness and the president’s loss of leverage over the situation in the country.

In fact, the Ukrainian Nazis again pushed the laws of February 23 from 2014, abolishing the linguistic rights of national minorities, but a week later canceled themselves. Only now the prohibitions have been carried out in a much tougher form and without the presence of machine gunners in the Rada, who were monitoring the “correctness” of the deputies ’voting during the February 2014 coup. They pushed through in the first reading a bill on the reintegration of Donbass, in effect obliging the Kiev authorities to abandon the Minsk world and move on to an attempt to force the return of the DPR / LPR. The law will be passed, since it is already supported by the majority of the Rada, and it was introduced by the president.

The EU is not so outraged by the fact of adopting xenophobic and provocative laws - Europeans often met with minor troubles of this kind when interacting with African regimes from their former colonies and learned how to overcome them philosophically. Europeans are dissatisfied with the internal weakness of the Ukrainian authorities, who are forced to dance to the tune of radical nationalists. Moreover, the EU would have increased the Nazis and swallowed it (it used to swallow it before), but Europe clearly shows that concessions to the radicals do not improve Poroshenko’s position, but worsen it, do not stabilize the situation, but lead to further destabilization.

What is the point of losing money and markets, if the client, for the sake of which all this is being done, is still not a tenant? Europe sees no opportunity to save Ukraine either with Poroshenko at the head, or with any of his potential successors. Europe needs good relations with Russia at a time when the Ukrainian bomb will jerk and it will be necessary to decide what to do with a huge political and economic black hole in the heart of Europe, filled to the eyeballs weaponscontrolled by warring gangs and constantly throwing new millions of economic and political refugees into the EU and Russia. The fate of the hole itself, its population and leaders, Europeans are only interested in so far as they can hurt their interests.

Thus, the last session of the PACE signified the arrival of troubles for Ukraine and for Poroshenko personally, threatening to turn into a catastrophe. Following the US, the EU clearly distanced itself from Ukraine and refused to support Poroshenko. Moreover, if the United States at least simply forgot about Ukraine, dropping all of its Ukrainian policy on Volcker and Jovanovic, the EU makes demands. These requirements for the Ukrainian government in its current state are impracticable.

The situation is a mirror reflection of what was happening with Yanukovych when he tried to explain to Europe that he was not refusing an association agreement, but just wanted to get money (15 billion euros) that would have dampened the economic problems in the first year and allow Yanukovych to be re-elected for a second term. Yanukovych also tried to convince Europe that the Nazis were in charge of the Independence Square. Europe did not want to understand and see all this. She then had other priorities.

Poroshenko is now explaining to the EU that if he loses the support of the West, he will not sit in the presidency not like before the elections, but even until the end of the year. That his overthrow will signify the collapse of Ukraine - only lazy does not speak about this. And that in the end, according to the results of this collapse, Russia will regain control over the western part of the post-Soviet space. Europe does not want to hear and understand. She knows all that already. She has other priorities.

Destroy Russia failed. Ukrainian log failed to work as a ram - turned out to be too rotten. Ukraine was also unable to forge, stretch and absorb Russian resources. Russia was not distracted from the key battle of the war - in Syria, and already practically won it.

Now the fate of Ukraine means nothing to the EU. It is even impossible to exchange it with Russia for something sensible, because the central government is too weak - it cannot ensure the fulfillment of the agreements. Therefore it is necessary to be friends with Russia. There is money, markets, economic and military power.

And Ukraine? And what about Ukraine? Hunted horses are shot. But the EU does not want to spend money on ammunition. Itself will die, and Europe does not deserve to alleviate its suffering.
That's all Poroshenko said in Strasbourg in the bird language PACE deputies. If he were able to understand this, he would quickly surrender power (or simply throw it away) and try to hide in the same Europe (after bargaining for asylum for himself). But he did not understand and could not understand. He is like a shaman, whose spells have ceased to act, waiting for trouble, but hopes for a miracle.

We will not disturb him.

Ctrl Enter
Noticed a mistake Highlight text and press. Ctrl + Enter
We are
Brussels deadlockRussia: the Moon, Mars and further everywhere ... Speeches of the participants of the Izborsky club in the corporation "Rosobschemash"
26 comments
Information
Dear reader, to leave comments on the publication, you must to register.