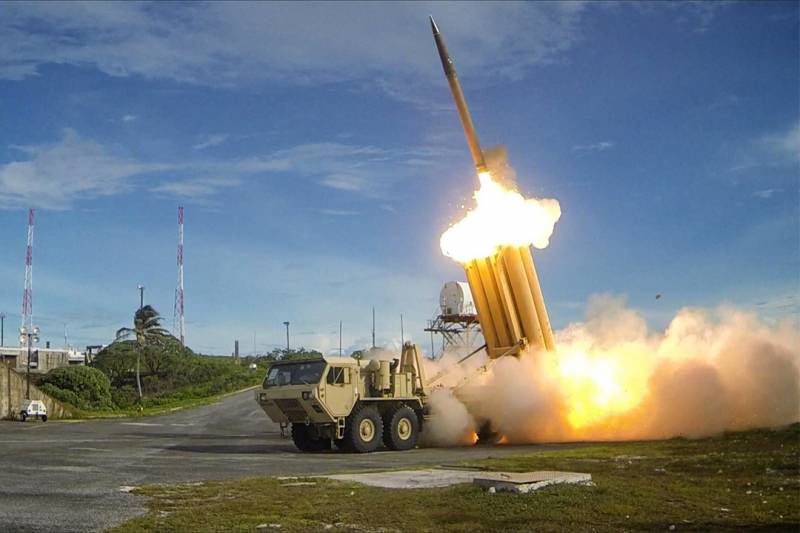 The United States in five years will bring the number of its missiles within the missile defense system to a thousand, predicted the Defense Ministry, stressing that Americans can easily shoot down Russian missiles today. But the retired generals, unlike the current ones, reassured the newspaper VIEW that the number of anti-missile missiles was up to a thousand expensive even for the United States, and, most importantly, it would not help them anyway. Is the military exaggerate the threat?

The United States will have more than 2022 thousand missiles in the missile defense system by 1, suggested Defense Ministry spokesman Alexander Yemelyanov, speaking at a Russian-Chinese briefing on the margins of the UN General Assembly.

Strikes from the Baltic and Barents Seas

The representative of the Ministry of Defense gave examples of hypothetical scenarios of such interception. In particular, one of the scenarios involves the interception of a Russian intercontinental ballistic missile (ICBM) missile defense system from a US warship in the Baltic. In another scenario, they intercepted a ballistic missile launched from a Russian submarine in the Barents Sea. A hypothetical interception was performed by a US ship with Standard-3 antimissiles in the Norwegian Sea. Taking into account the high speed of the anti-missile missiles, interception of the target in both cases is possible even at the initial stage of the flight, Emelyanov noted. In the third scenario, Russian experts modeled the interception of an ICBM launched from the central part of Russia with an anti-missile defense system from the United States.

Emelyanov also recalled that the United States can quickly arm cruise missiles with the universal installations of its Mk-41 missile defense system already deployed in Romania and Poland. “The thesis that the Mk-41 launchers allegedly lose their ability to launch cruise missiles in the ground version is not convincing. Replacing anti-missile systems at European missile defense bases with cruise missiles ... can be carried out covertly and in a short time. In this case, the entire European part of Russia will be under the gun of cruise missiles, ”TASS quotes Emelyanova.

Scenarios for the death of Russian missiles, voiced by Yemelyanov, the former deputy commander of the air defense forces of the Land Forces of the Russian Federation, Lieutenant-General Alexander Luzan took it with skepticism, since they are based on greenhouse conditions.

“Even on real exercises, a conventional ballistic missile is used. She does not maneuver. It is not equipped with means to overcome missile defense. This is a common target with a detachable head. There is nothing difficult. What is the difference in which sea it happens? Bow before all this? I am far from all this. Americans should bow down to Russia, ”said LUSAN'S VIEW to the newspaper, reminding that the USA even bought C-300В complexes from us, although it was contrary to American laws, but the technology of creating these complexes, the so-called mathematics, they still and have not received.

According to the general, the Russian reserve in the field of missile defense is three to four orders of magnitude higher than that of the US, although we still do not have an over-atmospheric intercept missile. Luzan noted the high class of American weapons that have infrared and ultraviolet (suitable for space) homing heads. Such missiles can hit small-sized targets on a huge radius. Russia uses other technologies, for example, in C-300 systems, directional explosions are used by debris after detonation of a missile warhead. As Luzan explained:

“Radar guidance is less accurate than American optical homing heads.” But this accuracy is enough to hit a target an order of magnitude higher than the American systems can. ”

He does not deny the ability of US missile defense to hit targets already on take-off. “Now there is a second modification of the Standard-2, a third one should appear. These missiles provide atmospheric and transatmospheric interception of targets. But anti-missiles then have to stand near the launch site. To us, the Americans set them up through Poland and Romania. Trying to catch us. But all this is conditional. Our starting positions are not near the border. We are the only country that can put missiles on alert within seven seconds. Our ICBM is already flying 70 kilometers and will pick up speed when the Americans just launch an anti-missile. Therefore, then what will be the probability of interception by the same “Standard”? ”The expert asked rhetorically.

Although Russia is seriously protected from US missile defense, it still requires a lot of attention to this issue, says Luzan. In response to a possible increase in US capacity, we will not even need new systems. In his opinion, it will be enough - without significant costs - to upgrade existing ones, which will provide a reserve for the next 15 years.

The missile defense can only reflect single volleys.

“The question is not only in the number of missiles, but also in the number of deployed launchers. So far, as far as we know, the number of launchers among Americans is not large enough, ”said Captain I rank Konstantin Sivkov, first vice-president of the Academy of Geopolitical Problems.

“The existing US missile defense system at the strategic level is capable of repelling the impacts of single ballistic missiles, more precisely, blocks. It is not able to repel group, and all the more massed nuclear missile strikes. As for rocket weapons operational-tactical scale, that is, theater missile defense systems, then the Americans have better opportunities. They can reflect already strikes, probably, and group. That is, about five to six missiles, they are able to destroy a volley. But again, depending on which rockets. If we are talking about P-17 Scud missiles, old ones, then yes. If about the Iskander-M type missiles, then the Americans have little opportunity to shoot down, ”explained Sivkov to the VIEW newspaper.

“The Americans' GBI anti-missiles are about one and a half hundred, not more. The question is how many of them will be deployed. It is known that 50 – 60 are now deployed. All these missiles are capable of total destruction of no more than three to five warheads. So that they could have a significant impact on the balance of strategic nuclear forces, they must be deployed not a thousand, but not less than two thousand such missiles. And it is already deployed on launchers, ready to work, ”- reassures Sivkov.
As the newspaper VIEW wrote, the development of the American missile defense system is still far from perfect. Despite the statements made in May about the success of tests of the newest system, which allows destroying ICBMs directly in space, in fact this system turned out to be not only very expensive, but also far from perfect against real ICBMs, and not imitations.

The former deputy commander-in-chief of a different kind of troops - the Air Force, Lieutenant-General Aytech Bizhev believes that the Russians should not be worried, because there is no analogue to the Russian strategic nuclear forces in the world. “Our strategic nuclear forces are able to overcome US missile defense.” If there will be more American antimissiles, then the likelihood of overcoming this shield will be less, ”said Bezhev to VIEW.

Another issue is that engaging in an arms race will lead to economic ruin, Bizhev said. “These are all elements of the Cold War. We passed it in Soviet times. The US military-industrial complex can afford to increase its arsenal. But this is a very destructive event, expensive even for them, ”said the expert. In any case, the general added, Russia has something to answer, only our country is now going by not achieving parity in the number of warheads, but creates high-precision weapons.

Ctrl Enter
Noticed oshЫbku Highlight text and press. Ctrl + Enter
We are
A great interview with Sergey Lavrov: about Ukraine, Obama and IranWhat you didn't want to know about England
24 comments
Information
Dear reader, to leave comments on the publication, you must to register.