The first deliveries of CP-10 training aircraft are scheduled for 2018.

October 16 2017
41
The new CP-10 training aircraft will begin to flow into the Air and Space Forces (VCS) of the Russian Federation in 2018 year. This was reported on Sunday in the Ministry of Defense. 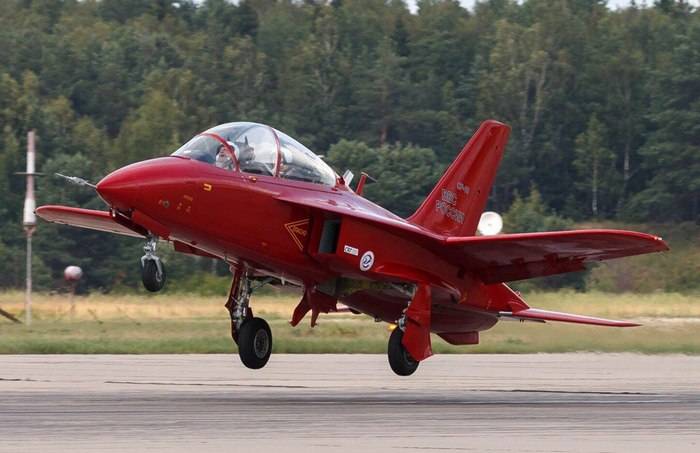 The CP-10 is a small jet engine designed for primary flight training of cadets at flight schools. With a weight of just over 3 t, a double plane accelerates to 800 km / h. The machine is able to rise to a height of 11 thousand meters. A special feature of CP-10 are backward-swept wings - their angle is not directed towards the nose of the car, but towards the tail. The new machine will replace the fleet of obsolete L-39 training aircraft in the Russian Aerospace Forces.
- reads the message of the Department of Information and Mass Communications of the Ministry of Defense of the Russian Federation

The CP-10 prototype was demonstrated for the first time in August at the Army-2017 international military-technical forum.

Ctrl Enter
Noticed a mistake Highlight text and press. Ctrl + Enter
We are
Are there any prospects for the "flying party" CP-10?
41 comment
Information
Dear reader, to leave comments on the publication, you must to register.