October 17 2017
4
Pavel Konstantinovich Kokkinaki is the white crow of the famous family, of course, in the good sense of the word. At the same time, his biography of serving the Motherland is even less well known than the biographies of all the other brothers of the famous family name. 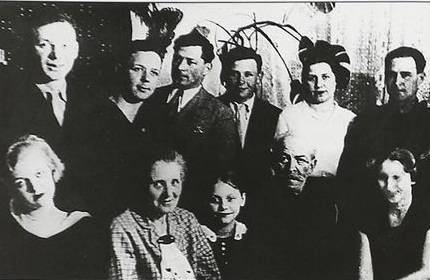 Kokkinaki family, Pavel the third from the left in the top row

Pavel was born, like all the brothers in Novorossiysk, after Vladimir Kokkinaki in 1908, and was the third oldest son in the family, which imposed considerable responsibility. The father of the family Konstantin and this time managed to attach his child to learn that with the then level of accessibility of education, it was not easy. Thus, Paul successfully graduated from the parish school and immediately went to get a job - a difficult era did not give time to think. 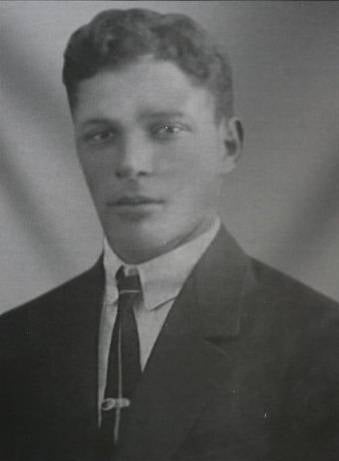 At first, Pavel worked as a sailor at the rescue station, but the Kokkinaki family was very closely associated with the sea, despite the fact that the brothers gave their entire lives to the heavenly elements. Therefore, for a long time, Pavel did not linger at the station, and, on a convenient occasion, got a job on the coaster. But here, too, he was somewhat cramped and soon he was going on a long voyage.

However, fate brought him back to the land, or rather to the school of drivers, which he graduated from in 1936 year and began a new "career" for the driver of the truck in the forest port of Novorossiysk. In those same years, the elder Vladimir arrives in the Malaya Motherland already as a conqueror of the heavens, full of picturesque stories and impressions. Perhaps it was he who inspired Paul to change his fate drastically.

One way or another, but in 1938, Paul arrives in Moscow. And, probably, with the help of his brother, he enters the post of a simple mechanic at the Ilyushin Design Bureau. But very soon, Pavel proved that he was not accepted into the Ilyushin team for beautiful eyes. Not only does he quickly become a flight engineer, he also gains the reputation of an unusually hardworking, and most importantly, self-prepared employee.

Pavel will be the only member of the Kokkinaki family who chose to serve the heavenly element, but not as a pilot. Whether Paul so loved and appreciated the technique that can save lives, or it is the echo of the traditional Novorossiysk dispute. This fun tradition is the eternal rivalry for the right to be called the most important member of the crew on the ship. And while navigators importantly stepping on the navigation bridge, ship mechanics wink slyly, they say, we know who is more important. Now the engine will rise and the dui, Comrade Navigator, walk across the Atlantic, and we will see from the “engine room”. Such disputes are not uncommon, especially among young sailors, and may well arise within the same family. However, a good old man any competent captain appreciates sometimes higher than the first-aid team.

It was such a flight engineer that Paul became. He became a full-fledged representative of what is commonly called the old "Ilyushin" guard. He will be remembered at KB as an energetic, enthusiastic person who, like no other among the bureau’s flight engineers, made a special contribution to the creation and development of aviation technicians. But, alas, the profession, which is difficult to overestimate, chosen by Pavel Kokkinaki, is always somewhat in the shade.

Moreover, the “genius of the sky” Vladimir Kokkinaki himself, especially after the war, did everything possible so that the flight engineer in his crew was certainly brother Paul. Especially if the flight promised to be a record one. This level of trust is not joking. For example, 14 and 15 November 1958, Vladimir Kokkinaki conducts a storming of the altitude with a cargo on the passenger Il-18 (according to the NATO classification “Prostak”). 14 of the number “Prostak” takes the height of 12 471 m with a load of 15 tons, and 15 of the height of 13 154 m with a load of 10 tons. Both times, Vladimir simply did not want to hear that someone other than his brother would be his flight engineer. Vladimir will not change his tradition in the future. In total, the unique crew of the Kokkinaki brothers (Vladimir and Pavel) will set over 10 world records. 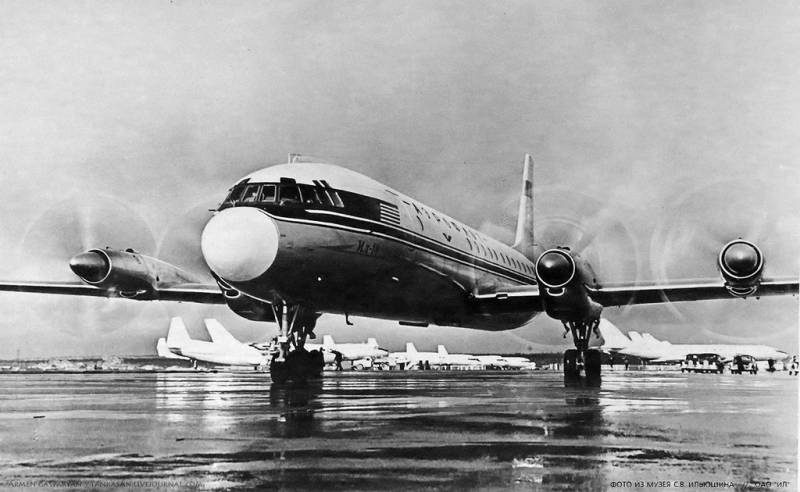 To say that after this the flight engineer Kokkinaki enjoyed confidence, to say nothing. If the conqueror of the heavens, Vladimir, during the storming of records, believed that only his brother could prepare the car most reliably.

However, the hot southern character of the Novorossiysk manifested itself in Paul not only in his energetic work. Alexander smashed the enemy both in the sky and on the football field, Vladimir and Konstantin stormed records, Valentine was a recklessly brave attack aircraft pilot, but Pavel was suddenly stunned by the authorities with a demand to jump with a parachute. What is it? In general, nothing but one detail - Pavel has already knocked 50 years!

Maybe someone dropped a random "getting old", maybe a southern character suddenly shot. Anyway, Pavel Konstantinovich populated the bosses thoroughly. The latter did not want to hear about it either, and least of all it wanted to lose an experienced record holder from such a family. But comrades simply did not guess who they contacted. Paul literally pursued high authorities until the comrades surrendered.

Later, Pavel Konstantinovich recalled this funny moment of his biography: “Most importantly, it is very important how a person set up himself. If a person has set himself up in the way that he does, performs, then everything will be fine and smooth. So I had. "

Pavel Kokkinaki will live a long, full of labor life. He will die in 1991, the last of the legendary winged brothers, leaving sadness to himself, but light sadness. After all, they conquered the sky.