October 16 2017
12
The CSTO post-conflict settlement exercises "Indestructible Brotherhood-2017" started at the Iliysky range in Kazakhstan, the press service of the Ministry of Defense of the republic reported on Monday.


According to the ministry, peacekeeping contingents of Armenia, Belarus, Kazakhstan, Kyrgyzstan, Russia and Tajikistan, police units that are part of the Collective Peacekeeping Forces (CMS) of the CSTO take part in the exercises. Representatives of the International Committee of the Red Cross, the Joint Staff and the CSTO Secretariat are also invited. 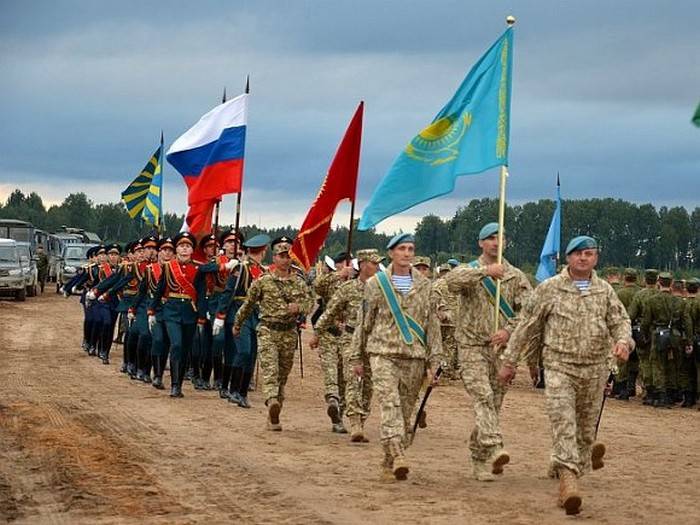 According to the press service of the Ministry of Defense, the main goal of the exercise "The Unbreakable Brotherhood-2017", which will be held from 16 to 20 in October, is to strengthen mutual understanding and cooperation between the peacekeeping forces of the CSTO member states. The military will work out training for the peacekeeping operation and directorates of units of the CSTO CCM, as well as the task of ending and localizing the conflict, negotiating, escorting humanitarian supplies, patrolling and serving at the checkpoint, blocking and liquidating the militant training camp.

The final stage of the “Combat Brotherhood-2017” exercise will be the fulfillment of tasks by contingents of the Collective Rapid Reaction Forces of the CSTO in Tajikistan from 10 to 20 in November 2017, reports RIA News.

Ctrl Enter
Noticed oshЫbku Highlight text and press. Ctrl + Enter
We are
Sudden verification of the readiness of the CSTO CSTOThe old RRF is not needed in the hut
Military Reviewin Yandex News
Military Reviewin Google News
12 comments
Information
Dear reader, to leave comments on the publication, you must to register.