October 16 2017
57
Iraqi security forces used heavy military equipment, including Tanks Abrams, during an offensive in the province of Kirkuk, whose areas are controlled by Kurds, said the Security Council of Iraqi Kurdistan. 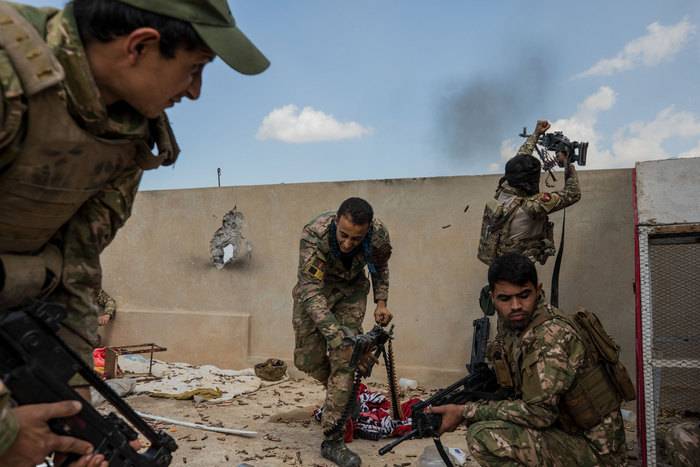 On the eve, Iraqi authorities ordered security officials to ensure security at military bases and government facilities in Kirkuk province. Iraqi Kurdistan President Massoud Barzani ordered the Peshmerga not to initiate battles when the Iraqi forces attack, but to respond to the fire of paramilitary forces.

At the same time, the command of the Iraqi forces stated that the army took control of the Kirkuk power station, a gas processing plant and a number of other facilities in the province, and also established control over at least two oil fields and a military base in a disputed Kurk province

As stated by the military, the K-1 base, the Baba-Gurgur and Bey Khasan oil fields, as well as the Kirkuk irrigation system were under their control.

The conflict between Baghdad and Kurdish autonomy over the affiliation of Kirkuk province intensified after the Kurds held a referendum on the independence of 25 September without the consent of the Iraqi authorities. On the night of Monday, Prime Minister Haider Al-Abadi ordered to begin an operation to restore security in the province, reports RIA News.

Ctrl Enter
Noticed a mistake Highlight text and press. Ctrl + Enter
We are
Iraqi Kurdistan authorities are building up a Peshmerga group in KirkukWhat will the next generation Humvee army car look like? (reflections in 16 photos)
57 comments
Information
Dear reader, to leave comments on the publication, you must to register.