October 17 2017
38
About the upcoming release of "crypto" they started talking at the very top. And then they rushed to add about the tax on these same virtual rubles. Income. Got somewhere "crypto" - share with the state! Experts believe that the government does not understand the very essence of cryptocurrency, and all the “regulations” of the Ministry of Finance simply fail. 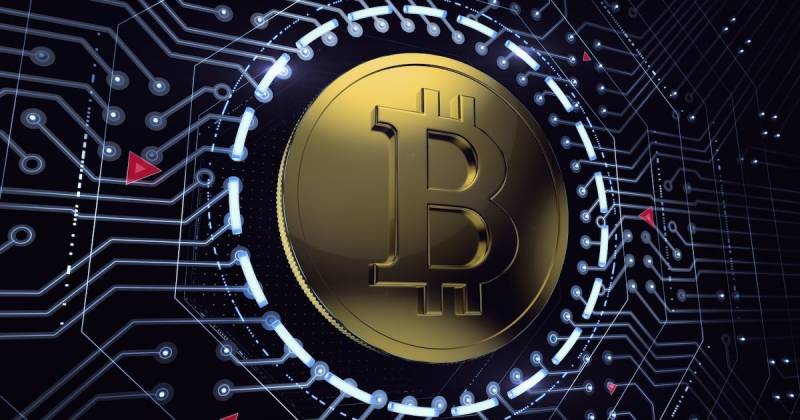 Recently it was reported that the basics of regulating the emissions and circulation of the Russian cryptocurrency will be supposedly worked out by the end of this year. The Ministry of Finance hopes to proceed with the regulation of cryptocurrency from the beginning of next year.

The second high-profile news from the future market of cryptocurrencies was the statement of the Minister of Communications and Mass Communications Nikolai Nikiforov. He promised that Russia will release a crypto-ruble. This decision, according to Nikiforov, was adopted by the Russian president, who announced this at a closed meeting with members of the Moscow Capital Club.

Speaking about the crypto-ruble, Nikiforov referred to the government resolution with the regulations. “I confidently declare that we will launch a crypto-ruble, for one simple reason: if we don’t do this, then in two months our neighbors in EurAsEC will do it,” the minister said. "Arguments and Facts".

According to Nikiforov, its cryptocurrency in the Russian Federation will appear very soon.

The Minister stopped on the issue of taxes. According to him, for the effectiveness of crypto rubles it is planned to streamline the payment of personal income tax: in cases where the owner can not explain the appearance of his crypto rubles, the tax will be 13% of the total volume (when converting cryptocurrency into traditional Russian rubles). When buying and selling a crypto-ruble, the amount of personal income tax will be 13% of the earned difference.

Nikiforov also explained that Russian cryptography should be used in a crypto-ruble. And crypto-ruble is not the same as Bitcoin: it will be impossible to “mine”. According to Nikiforov, this will most likely be some kind of closed cryptocurrency model with a given volume of output.

The “quick” decision on the introduction of cryptocurrency is opposed by the well-known expert, former Finance Minister Alexei Kudrin. The head of the supervisory board of the Moscow Stock Exchange does not think that it should work at an accelerated pace and speaks of several years.

Developing standards for regulating the production and circulation of cryptocurrencies will take three to four years, the former Russian Finance Minister said. "Another 3-4 of the year to develop standards for this to become a civilized market is my optimistic forecasts, so the regulation that will now take place will most likely be in the form of restrictions, as long as there is no confidence in the protection of citizens", - quotes him opinion expressed at the Moscow Exchange Forum in New York, RIA News".

On the topic of a possible ban on mining, cryptocurrency in Russia also has an opinion. More precisely, a number of opinions. Opposite.

Yana Pureskin, director of the financial policy department at the Ministry of Finance, said that the ministry proposes to allow mining only to legal entities and entrepreneurs: this way you can resist money laundering and terrorist financing in Russia. Platforms where they exchange cryptocurrency should receive licenses. And even the use of cryptocurrency as a means of payment, the Ministry of Finance is reticent, "rather on the positions of the ban for today."

Earlier, a member of the working group under the president for the development of the Internet, Ilya Massukh, said that in Russia they may prohibit the installation of farms for the "mining" of cryptocurrency in residential premises (mining). The ban can be justified by large energy costs of mining farms, increasing the load on the grid. Massuh believes that all this may be unsafe for other tenants.

However, such and other prohibitions would not be easy for the Russian authorities. And even implement the idea of ​​allowing mining only legal entities and individual entrepreneurs would be extremely difficult. So say the experts interviewed RIA News".

According to Andrei Koptelov, director of the Center for Economic Research at Synergy University, the Russian authorities will sooner or later try to legitimize both cryptocurrency and mining. “It is perfectly logical that the state is trying to control the use of cryptocurrency, as they violate the state’s monopoly on the“ seal ”of money,” he noted. However, it will be “not easy” to “control” virtual cryptocurrencies, because “on cryptocurrency exchanges, calculations can be made anonymously.”

“The measures proposed by the Ministry of Finance to control mining and the use of cryptocurrencies go against the very idea of ​​cryptocurrencies, and therefore they will be difficult to put into practice, because these systems are global in nature. Restrictive measures by one state will not be sufficiently effective and will require blocking exchanges located on foreign hosting, while the majority of users are already circumventing existing bans. ”

According to the expert, bans in the field of cryptocurrency are useless. On the contrary, these currencies are “legalized” abroad: “Bans on cryptocurrency and their mining are useless, so the only option for states is to increase the transparency of this area by participating in international initiatives to register cryptocurrency exchanges and monitor their work. Japan has already legalized Bitcoin, and the Singapore authorities have decided to urgently legalize cryptocurrencies, and therefore legalizing cryptocurrencies in Russia is no more than a matter of time. ”

Other experts hint that the government’s ideas are connected with the desire to collect taxes. No wonder the other day, the head of the Ministry of Finance Anton Siluanov said that the Russian authorities, by the end of 2017, could work out basic positions on regulating the issue and circulation of cryptocurrencies.

The most difficult question is to understand how the government intends to implement a ban for individuals: “How to understand that this individual is engaged in mining? Not all miners are engaged in money laundering and terrorist financing. It is necessary to separate the wheat from the chaff. One of the features of cryptocurrency is anonymity and lack of regulation, therefore the implementation of such initiatives will face noticeable difficulties. ”

Expert opinion: expect the adoption of the relevant bill in the near future is not worth it; The government will continue to discuss the regulation of the cryptocurrency market.

Finally, Evgeny Gordeyev, the founder of the portal DeCenter, directly stated in an interview that "the Ministry of Finance does not fully understand the essence of mining."

“He does not understand the nature of this phenomenon and does not understand, in principle, why mining, blockchain and cryptocurrency were created. They were created so that each person has the right, mathematically drawn, to extract cryptocurrencies, and for this he does not need any regulations and permits of any organs. If you have a computer, which is partly an extension of you, your brain, because you control it, press buttons and say what to do, then this computer can produce some storiesAnd in this case they are not drawings, not programs, but cryptocurrencies specifically. Therefore, no regulation is needed here. ”

And also “no regulation is needed from the Russian Ministry of Finance specifically,” because there are already “international Visa and MasterCard bank cards that allow you to convert Bitcoin and the broadcast into dollars, and with this card you can pay in the store and anywhere with electronic money.” “Attempts to ban this whole thing are attempts to drive the bear back into the den,” the expert concluded.

Even in the State Duma, they do not think exclusively in prohibitive categories.

As stated by State Duma Speaker Vyacheslav Volodin in an interview with Russia 24, it is impossible to be guided solely by prohibitive measures in the development of standards for the regulation of cryptocurrency.

“Hurry up here would be wrong, you can make a mistake here, and this mistake will be very expensive,” he quotes. TASS. “But one cannot be guided by purely prohibitive measures: there must be a weighted effective solution.”

Finally, a petition from the so-called Russian business community is known.

As reported on October 16 RIA News", the business community asked the Federation Council and the State Duma to legally allow only domestic cryptocurrency in Russia.

“In the context of global opposition from competitors in the geopolitical arena, the issue and circulation of foreign cryptocurrency on the territory of the Russian Federation may entail irreversible negative consequences both in the field of economic development of our country and its political stability,” the Association of Entrepreneurs “AVANTI” patriotism addressed to the speakers of the Council and the State Duma.

Businessmen asked the parliament to consider the issue of amending the legislation of the Russian Federation in terms of state regulation of the issue and circulation of cryptocurrencies. “Considering the above, as well as the complex geopolitical situation and the special social significance of the issue, we suggest banning the production and circulation of foreign cryptocurrency on the territory of the Russian Federation, focus on the development of the domestic virtual currency,” the document says.

The letter's authors refer to successful examples of Russian cryptocurrencies: the most popular is RuCoin, developed by the Research Institute of Innovative Technologies.

The cryptocurrency passion, we recall, flared up in Russia on October 10, when the president made another statement.

On that day, Vladimir Putin held a meeting on cryptocurrency “problems.” The head of state is convinced that the circulation of digital money carries serious risks. Presidential Aide Andrei Belousov, Finance Minister Anton Siluanov, Chairman of the Bank of Russia Elvira Nabiullina, and General Director of Qiwi Sergey Solonin participated in the meeting.

Thus, there are so many disputes and opinions on the issue of domestic cryptocurrency, as well as on the issue of circulation of bitcoins in Russia, that hardly in a short time, as other officials promise, these issues will be resolved at the level of the government and the president. Rather, Kudrin is right who pushes the decision on 3-4 of the year into the future. Those who offer a start to look at foreign successful experience with Bitcoin are right, before filling themselves with bumps on the invention of a bicycle in Russia.

Observed and commented on Oleg Chuvakin
- especially for topwar.ru
Ctrl Enter
Noticed a mistake Highlight text and press. Ctrl + Enter
We are
Results of the week. “In our cooperative, the board is always agreed”Memo to mercenaries in Africa
38 comments
Ad