October 16 2017
8
The crews of the MiG-31 fighter regiment of the Air Force and Air Defense Association of the North fleet successfully completed the interception and destruction of air targets as part of the verification of combat training for the summer training period, reports RIA News message of the press service of the Federation Council. 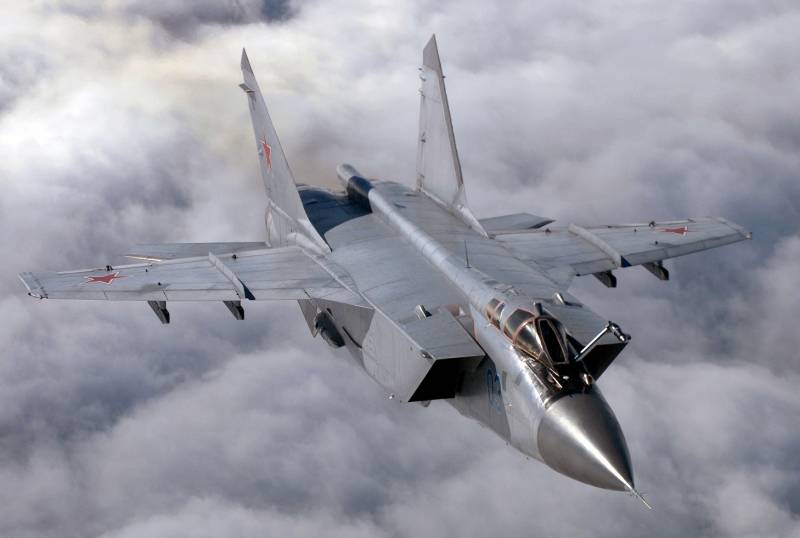 The fighters operated in pairs over the marines of the Northern Fleet. The setting of targets was provided by the Su-24 bomber pilots. They dropped bombs that simulate a conditional enemy air attack, which interceptors destroyed air-to-air missiles,
says release.

It is reported that "during the exercise, several flight shifts were carried out: the planes took off into the air to perform combat training exercises both during the day and at night." The interception tasks successfully completed eight crews of the MiG-31.

Mig-31 is a supersonic stratospheric interceptor fighter designed to combat any kind of targets in a wide range of altitudes and speeds. The capabilities of the radar with an active phased array and fire control systems allow the aircraft to detect and hit the enemy at a considerable distance.

Ctrl Enter
Noticed oshЫbku Highlight text and press. Ctrl + Enter
We are
The MiG-29M family is ready to dominate the global arms market. Ahead - "Latin American boom"Sudden verification of the combat readiness of the Northern Fleet, ZVO and Airborne Troops
Military Reviewin Yandex News
Military Reviewin Google News
8 comments
Information
Dear reader, to leave comments on the publication, you must to register.