From prosecutors and deputies to the "saints"? On the reaction to the petition on the "canonization" N.Poklonskaya

October 16 2017
258
The international site for collecting all kinds of petitions began to amaze more and more. Site user Alexey Evstratov suggests that the Russian Orthodox Church rank Natalya Poklonskaya, a State Duma deputy, among the “saints.” The author of the petition states that this must be done in connection with the "struggle of Natalia Poklonskaya against evil" and the fact that Poklonskaya was the first and only "to see the outflow of the bust of the sovereign and emperor Nicholas II."


From the text of the petition:
I am sure that Natalya Poklonskaya, the first who saw the peace-flowing bust of Nicholas, who, not sparing herself and her life, leads an inapplicable fight against evil, is a worthy candidate for canonization during her lifetime. (...) The canonization of Natalia Poklonskaya will help her strengthen the struggle over the black forces of evil.

The same author claims that Poklonskaya is “sinless,” which adds “arguments in favor of canonization in life.”

From his statement:
I believe that this initiative has nothing to do with the Russian Orthodox Church and is launched by at least stupid people. I think that the question of implementing this initiative is not serious at all. This is not something unlikely, there is absolutely nothing to even discuss. I am not sure that people who come forward with such initiatives generally have some idea of ​​the Orthodox tradition. Moreover, I do not rule out that they are trying by such actions to question the ecclesiastical ideas about canonization as such. 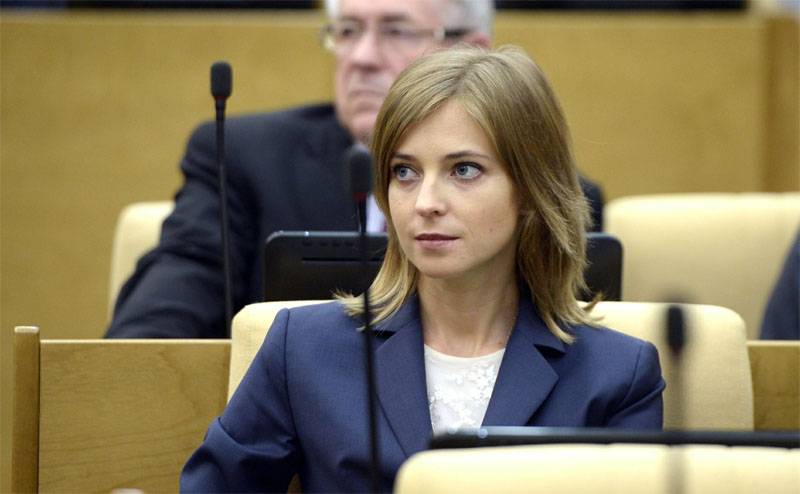 Recall that earlier in the Crimean diocese refuted the statement of Natalia Poklonskaya that the bust of Nicholas II zamotochil.

All this история It reminds some kind of phantasmagoria and says that individual members of parliament, by all appearances, have too much time free from the implementation of legislative measures.

Ctrl Enter
Noticed a mistake Highlight text and press. Ctrl + Enter
We are
258 comments
Information
Dear reader, to leave comments on the publication, you must to register.