The law of Ukraine: all soldiers of the Armed Forces of Ukraine who are fighting in the Donbas are criminals 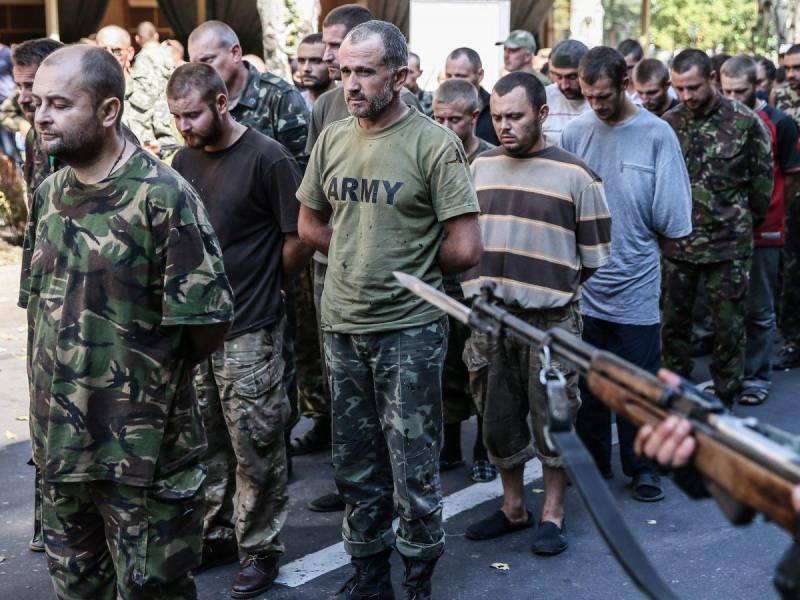 The words of Roman Immortal (one of the most sensible closest associates of the third president of Ukraine Viktor Yushchenko) about the fact that AFU soldiers can be recognized as criminals for conducting hostilities in the Donbass for several days have not left the feed News. It was impossible to hear such words from people who supported the Maidan and the war in the Donbass in 2014, 2015 and even 2016, and today they are discussed at the expert level, and the discussion itself is not “possible” or “impossible”, but “ they will judge ”or“ they will not judge ”. And it is very symbolic. 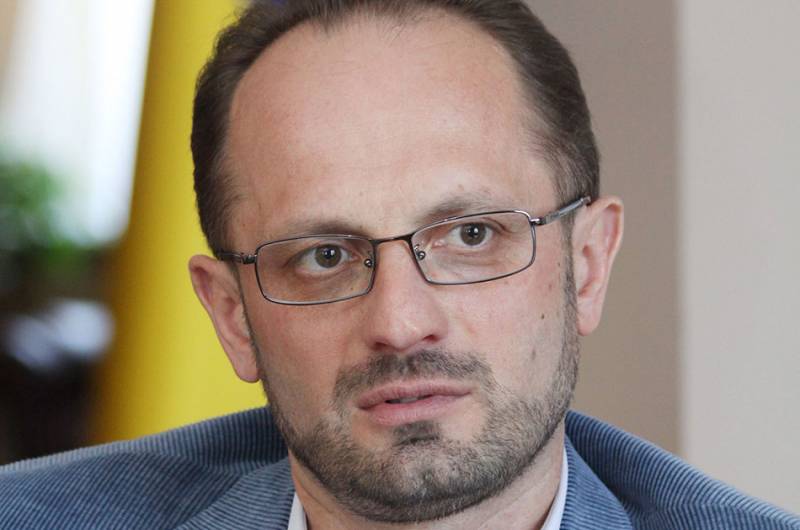 The logic of the Immortal is as follows. The non-recognition of the conduct of the war by Kiev makes all the soldiers of the Armed Forces of Ukraine criminals, since they are actually conducting military operations on their territory in peacetime, contrary to the Ukrainian Constitution and the laws of Ukraine, which the deputies discharged carelessly.

Yes, his opponents say, this is all true, but 5 June 2014, the Rada adopted amendments to the law of Ukraine on the armed forces. In particular, amendments were adopted concerning the legality of the use of armed forces in the area of ​​the ATO.

So, we note the first important point with which everyone agrees. Those who fought in the Donbass before 5 June 2014 of the year are criminals (according to the current Ukrainian legislation), as well as those who gave orders. And this pans Turchinov, Yatsenyuk and others (but not Poroshenko, who took office 7 June 2014 year !!!).

And what about after 5 June 2014? From the point of view of the Ukrainian legislation, who are the soldiers of the Armed Forces of Ukraine who bombarded peaceful cities after this date? We read carefully the law. According to the new version of the law, the Supreme Court of Ukraine in the ATO zone in peacetime can be used in the following cases:

- ensuring that the tasks assigned to formations, military units and subunits of the Armed Forces of Ukraine during their use in the area of ​​the antiterrorist operation, in the event of a terrorist act in the airspace or territorial sea of ​​Ukraine;

- ensuring protection against terrorist attacks on objects and property of the Armed Forces of Ukraine, weapons mass destruction, rocket and small arms, ammunition, explosives and poisonous substances that are in military units or stored in certain places;

- ensuring that during the antiterrorist operation, tasks are carried out to curb the activities of illegal paramilitary or armed formations (groups), terrorist organizations, organized groups and criminal organizations, to participate in the detention of persons, and also to neutralize persons in cases where their actions really endanger life and health hostages, participants in the antiterrorist operation or other persons.

As we see, the first two points are not so interesting and, in fact, not important for the recognition / non-recognition of soldiers of the Supreme Court of Ukraine as criminals, but the third one ... needs to be disassembled in more detail. It was here, as they say, and the dog rummaged.

So, according to the law of Ukraine, it is possible to use the Armed Forces of Ukraine against illegal militarized or armed formations (groups), terrorist organizations, organized groups and criminal organizations if their actions really threaten the lives of hostages (who did not exist), ATO participants or other persons. And this means that any shelling, if it was started by the Armed Forces of Ukraine, is already a crime. Almost any shot of the VSU sniper in this version of the law is a crime. And any exit of the DRG to the “rear of the enemy” is an unconditional crime, if it was not connected with the release of hostages (which have never been taken, see above).

So, almost any soldier of the Armed Forces of Ukraine who fired at least once against the enemy, if it was not self-defense or shelling in response, can be charged.

Yes, today these events are interpreted by the authorities as legal, and tomorrow? When will power change? Roman Bessmertny is talking about this, and those tens of thousands of “ATO heroes”, who can be declared criminals in Ukraine in a few years, do not want to think about it.

But there are defenders of the actions of the Supreme Court of Ukraine, and they are trying to justify themselves: 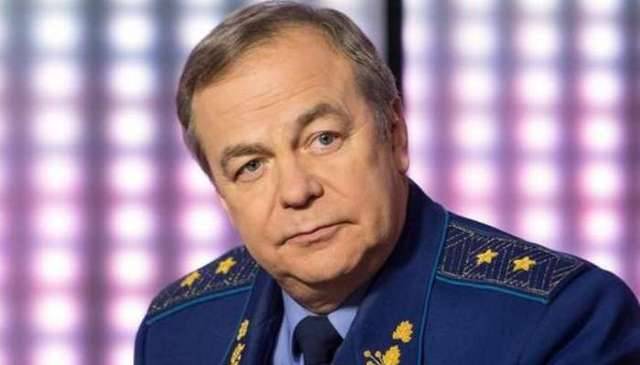 “Of course, you can find legal hooks and try to change something. But you need to understand that if changes occur, we are talking about more than two hundred thousand people. They know and know how to use weapons, many of them have an active social position. some deviations they can protect their rights in different ways, including by force. Therefore, it is unlikely, I think, someone will go for it. " (Lieutenant-General of the Armed Forces of Ukraine Igor Romanenko.) [/ I]

In both! That is, we understand that the law has been violated and we assume that “changes can occur.” And in this case, the general relies on his former subordinates (although he will not be “he”, he did not fight). The desire of Ukrainian generals and politicians to protect their ass and cover it 200 000 their soldiers understandable. After all, it is not ordinary soldiers who will be judged first of all for a crime against the people of Ukraine (at least, by no means all), but the top commanders and those who gave orders to the army to shoot at the people.

What can be answered to this? There are no 200 000 united ideas of fighters and veterans of the ATO. There is a mass of deceived, used and discarded soldiers.

Yes, at first there were many ideological ones, but today many of them are either killed due to the fact that such romani, hubby, geletii and threw them to the slaughter, warning the opposite side about the operations (all the “patriots” talk about it only with 2014) , or went into the crime, and they can already be judged at least for it. There are no tens of thousands or at least thousands of active and not soiled by real crimes veteran activists.

And if these hundreds, even thousands, come out and, as General Romanenko says, “start using weapons” in defense of their rights, then, according to the amendments adopted by the Parliament to the law “On the Armed Forces of Ukraine” of 05 June 2014, the government can throw them not just the police or the National Guard, but even the army. Although, I think, one police will be enough.

And I would recommend that defenders of criminals in uniform not to forget that the basic law of Ukraine (the Constitution) in the general provisions of the first section reads:

“The armed forces of Ukraine and other military units cannot be used by anyone to restrict the rights and freedoms of citizens.”

And according to this norm, practically any soldier of the Armed Forces of Ukraine can be judged, even without shooting, but simply robbing civilians or “restricting their rights and freedoms”.

And therefore, when the authorities change, and this, as we see from the discussion that began in Kiev, no one doubts, and the truth of the war in the Donbas becomes known to the population, the fate of the “warriors of light” will be unenviable. Many of the veterans will prefer to forget about their service to the regime and will never remember about it, as it was done in 1920-1930, many ordinary participants of the white and other movements of the Civil War period. And they will be forgotten in order not to stir up the past, and they will judge the Geletyans, Turchinovs and Yatsenyuk. 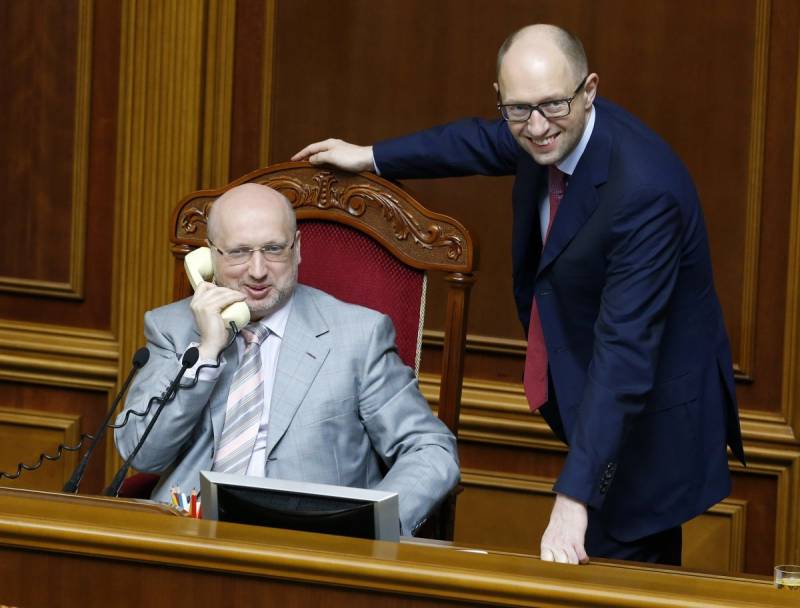 But not Poroshenko, who, in fact, is covered from all sides by Ukrainian law. Even his son served far from the front and did not shoot anyone.

Formally, after 5 June 2014, he had the right to send or not to withdraw an army from the Donbass. And about the illegal use of the divisions of the Armed Forces of Ukraine, he could simply “not know”.

After all, a busy man, the generals must follow this.

Finally, I appeal to the soldiers, who still believe that, fighting in the Donbas, they are defending Ukraine. You can take whatever you like, have the right. But you will be judged by the law, and he, as you have already seen and how one of the most intelligent assistants of Viktor Yushchenko says, is not on your side.

You corny used and betrayed. I betrayed my own power, which, in spite of everything, leaves a lot of clues to its opponents in order to judge all of you as criminals. And you are already de facto criminals, because your “defender”, Lieutenant General Igor Romanenko, said that the law has no retroactive effect. And in this he is right.

Ctrl Enter
Noticed a mistake Highlight text and press. Ctrl + Enter
We are
Situational analysis of the death of the MH17 flight (Malaysian Boeing 777), made on the basis of engineering analysis from 15.08.2014Memo to mercenaries in Africa
31 comment
Information
Dear reader, to leave comments on the publication, you must to register.