October 16 2017
49
On the night of Friday, 13, Turkish troops crossed the border with Syria and entered Idlib province. Without fighting, they occupied the territory along the borders with the Kurdish enclave of Afrin, almost closing the encirclement ring along with the de facto terrorist wing of ISIL *, formerly al-Nusroy *, now called Hyat Tahrir al-Sham.


There is nothing surprising in this alliance. Turkey has helped the United States to support terrorist organizations in the Middle East for many years. Today, when thanks to the intervention of Russia, the Bashar Assad government is more resilient than all the last 6 years, and the official ISIL is on the verge of total defeat, many stable and situational alliances are forming in Syria. As everyone who felt like it joined the ISIS terrorists earlier, today disparate detachments detach themselves from it and bud. Not so much those who want to “redeem with blood” and find themselves in the ranks of the winners, as many who do not want to fill up the posthumous lists of losers. 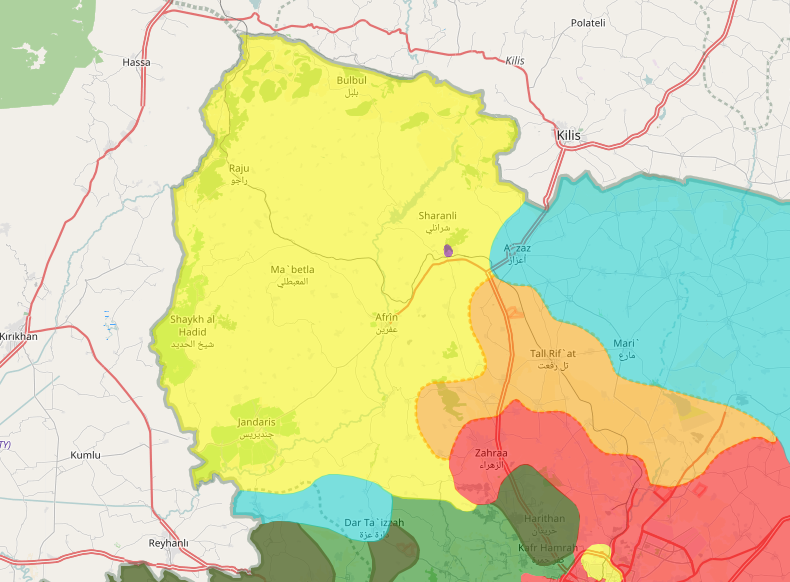 Turkey also introduced its armed forces not to fight. As well as Damascus, he expressed the expected protest not in order to expel the Turkish troops. The purpose of this multi-layered and extremely complex due to the large number of participants in the show is to force the Kurds in the enclave of Afrin, cut off from both American aid and fellow Kurds, recognize the Syrian government and take the oath of loyalty. Excluding this part of the Syrian territory from the future Kurdish autonomy. Actually, it is around this today that the bidding goes. And they will go for years.

Please note that the clashes of the army with the Kurds have practically ceased in Turkey. No daily attacks and attacks, no sweeps in the squares. The entire length of the border between the Turks and the Kurds is also silence, which is observed better than in the Donbas.

All this testifies to backroom negotiations and agreements that so far suit everyone. The Kurds do not interfere with proclaiming Kurdistan in Iraq and do not actively assist the weak Iraqi army in the struggle for Kirkuk. The Kurds themselves are diligently limited to ousting the terrorists and are trying to occupy as large a territory as possible and without any clashes with the Syrian army in future negotiations on autonomy in Syria.

All this will last for years, and various political groups (and the Kurds are also far from united and not all support Barzani) will cross and change allies more than once or twice.

But the main union is formed. And it is formed by American policy in the region. The organization of the coming to power of Mursi in Egypt and the mutiny with the assassination of Erdogan in Turkey, as well as the betrayal of Riyadh first, and then Doha, many other mistakes and (most importantly) Washington’s support of the Kurds, deserves the name “Operation Unthinkable”.

It's not about love and not about friendship. Today and in the medium term, Erdogan benefits from an alliance with Russia. It is advantageous for gas supplies, which Turkey will resell, turning into the southern hub of the European Union. It is advantageous to supply S-400, which guarantee the protection of the Turkish sky from any aviation. What American air defense systems cannot provide simply because no one can guarantee the successful defeat of the American aircraft by the Patriot-3 American missile. For Turkey today, it is crucial and advantageous for the foreseeable future to jointly with Syria, Iran and even Iraq oppose the creation of Kurdistan.

The latter is a strategic task for any Turkish ruler - too much of Turkey’s territory is inhabited by Kurds. And too long there is a war with them. And the obvious support of the Kurds by the Americans inevitably pushed Ankara into the arms of Moscow. Not friends, but no longer enemies. Partners for mutual benefits negotiating among themselves.

The de facto and de jure alliance of Russia, Turkey, Syria, Iraq, Egypt and Iran attracts even Qatar and Saudi Arabia, makes reconciliation with Yemen possible. And even a new relationship with Israel. This union completely redraws the current political map not only of the Middle East.

A map on which there is no place for the USA.