Maybe enough to wage a civil war between white and red?

October 20 2017
242
In a strange world we live. For some reason, events that took place even a century ago continue to excite the hearts of Russians all over the world. It is in the world, and not only in Russia and the former Soviet republics. The revolution that took place in February 1917, and then the October revolution tore the country up and down. The gap occurred not only by class, social status, political views, but also by family. I will not be afraid to use the expression that has been erased from frequent use: brother went to his brother, father to son, son to father ... 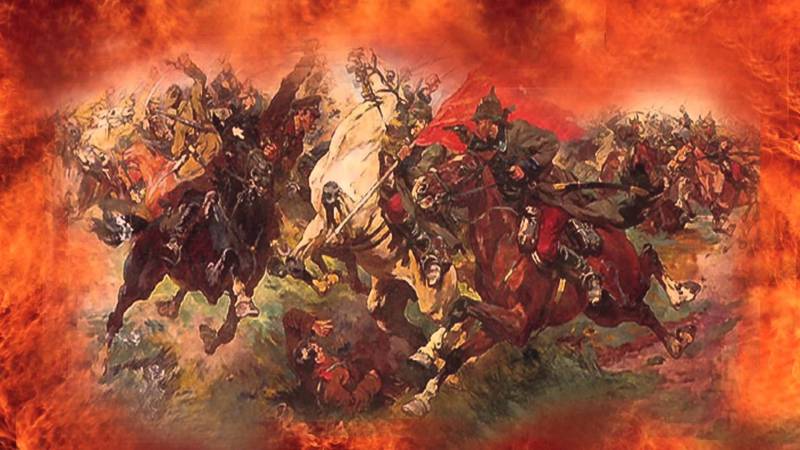 Attentive readers interested in history Russia probably noticed that in recent years the issue of the civil war of the beginning of the last century has been raised more and more often. More and more often, historians, philosophers, politicians, journalists raise the question of who was right in that war. Opinions are diametrically opposed, with arguments in the form of some memories, documents, and other historical "heritage". The memories of emigrants, children and grandchildren of those who fought in the White Army and emigrated abroad are especially touching. However, the memories of the Reds' descendants of leaders and heroes of the revolution are read in the same way.

I was interested in the fact that the topic was unwound in the Russian and foreign press. Spins up sometimes silly. One-sided. And it creates the impression of utter confusion. And then disbelief even in what was really.

Some time ago, due to certain circumstances, I talked a little with the descendants of the nobility. A thing of the past, because some of the details of this communication, I can reveal. 11 June 2013 was celebrated in the world with a memorable date - the 400 anniversary of the house of the Romanovs. The descendants of the nobles who live in Russia offered to complete the monument, which they began to build for the 300 anniversary in one of the cities, but at that time only a pedestal was built. War prevented.

With the coming of the Bolsheviks to power, the pedestal was used for another monument. Naturally, for the leader of the world proletariat. After almost a hundred years, the documentation on that monument fell into the hands of one prominent restorer, and it was he who decided to start a company to restore historical justice. Thus, I came to the office of the Romanovs' house in Moscow. It was there that I communicated and met with those whose ancestors fought in civil war on opposite sides of the barricades. But this does not prevent them from doing without insults and mutual claims today. There was such a time. Yes, and the Director of the Office A.N. The sunset turned out to be a very literate historian.

The source of the aggravation of the discussion about the civil war in Russia, it seems to me, was the work of the descendants of Russian émigrés abroad. More precisely split descendants. In modern Russian society, there is a perception that the descendants of emigrants mostly rush to Russia, perceive our country as the one that their ancestors once lost. Alas, but in fact everything is not so simple.

If you think about it, it was not the Bolsheviks who destroyed the Russian empire, but those who later became known as white. Yes Yes. It was in February that "they threw off the bloody Nicholas." And it was "thrown off" by those who were supposed to be the support of the autocracy. I will not now analyze all the actions of the civil and military leadership of the Russian Empire. This is a thankless job. How many people, so many opinions. Therefore, I will voice my opinion on this issue. The environment of Nicholas created a situation in which the emperor had no choice but to sign a renunciation.

Today, most people believe that in the civil war the main opponents were the Reds, who were in favor of Soviet power, and the Whites, who were trying to restore autocracy. Complete nonsense! Try to recall at least one leader of the white movement, who would have advocated autocracy. No, at the grassroots level, they probably were. But the rest? In fact, the very concept of “white” or “white guards” was introduced by Leon Trotsky. And they themselves called themselves volunteers. There were Kornilov, Drozdov, Markov ...

What was the main slogan in the Russian imperial army? "For the faith, the king and the Fatherland"! And what is the slogan of the white movement you can remember? "For a united and indivisible Russia"? A beautiful slogan, but completely false. Especially if you look at those who were close to white. All these Americans, British, French, Japanese, Czechs, Slovaks ...

Moreover, again, if you think about it, the white movement did not even have an ideology! Someone in the forest, some for firewood. One commander is fighting for a parliamentary monarchy of the English type. Another for a parliamentary republic. Third for his own coronation. The fourth for the Constituent Assembly ... The only thing that linked the white movement ideologically, hatred of the Bolsheviks.

This very situation gave rise to another problem of civil war. Separatism. It was in the white rear that national and other "republics" were born. It was there that pans-atamans appeared ... In fact, the whites went to the destruction of the unity of Russia. Because of the pathological hatred of red.

In Russia today, a lot of fans of the "White Guard". Find them easy enough. All Soviet "in the dustbin of history"! In the USSR, there was no, and there could be no culture. Culture is a lot of free people! All the achievements of the Soviet Union were achieved despite the actions of the authorities. Do not shun modern whites and glorifications of "real heroes" such as Vlasov, Shkuro, Krasnov and similar types. Nothing like?

Now back to the present. The ideas that ancestors "brought" remained in the heads and their descendants today. And above all, in the faith and attitude to power in Russia. These same descendants today are ready to gnaw at each other's arguments about Putin, about Russia, about the true faith. This is especially noticeable in France. It was there that settled most of the descendants of immigrants. Although, from time to time lawsuits against Russia are brought from Korea to Argentina.

Let's start with faith. Emigrants are heterogeneous. Some profess Christianity of the Russian Orthodox Church of the Moscow Patriarchate, part of the Constantinople Patriarchate. This is a fundamental difference. And it is expressed not only by faith, but also by possession of religious buildings, cemeteries, memorials. I will not talk about the material value of these objects. There is also a moral side. All previous years immigrants took care of temples and cemeteries. Their fathers, grandfathers and great-grandfathers were buried there.

Russia today is taking giant steps to develop ties with foreign compatriots. This is paying off. Churches are transferred to the ownership of Russia. Transmitted cemeteries. Huge money is spent on recovery. Russia is developing cultural ties with foreigners of Russian origin. Russian citizenship is granted. Even state awards are given to emigrants for their services to Russia.

It is the category of foreigners who are actively developing these areas of cooperation today, who are in favor of recognizing the "equality of wrong" of the red and white. They advocate reconciliation of descendants. Their opponents are doing just the opposite. They continue to wage an active struggle already with the “Putin power”. Probably, many people read in the French press many articles about the monument to Stalin, which was recently opened with Moscow. Echoes of this "war" we feel in Russia.

In general, to be honest, I personally do not understand the modern Russian “whites”. don't understand their hate. The hatred of those real ones is understandable. They lost not only their property and position in society. They lost everything. And modern? All these our homegrown earls, princes, barons, viscounts ... Well, you have bought, gentlemen, "nobles" to yourself the title of some "emperor" and what? And if white won then? Would you clean your boots and plow the ground ...

One of the supporters of whites, I read an interesting phrase: "we are in favor of historical Russia." In both! Where is the historical place? In the Constituent Assembly? In a parliamentary republic? Maybe parliamentary monarchy fit? There is no historical connection! Not!

And there is an attempt by the “new nobles” on the basis of the white movement to create “historical Russia” as a state of “masters of life” and “mean people”. There is an attempt to "punish" a "vile people" by the descendants of emigrants of that time ...

Ctrl Enter
Noticed oshЫbku Highlight text and press. Ctrl + Enter
We are
Situational analysis of the death of the MH17 flight (Malaysian Boeing 777), made on the basis of engineering analysis from 15.08.2014Bashar al-Assad: In Syria, not the “revolution” that the enemies are talking about, but the revolution of the army and the people against terrorists
242 comments
Information
Dear reader, to leave comments on the publication, you must to register.