October 15 2017
38
Syrian parliament calls for the withdrawal of Turkish troops from the country, said Syrian Parliament Speaker Hamoud al-Sabag, speaking at the Assembly of the Inter-Parliamentary Union.

Syrian parliament demands withdrawal of Turkish troops without any preconditions
- he said.

Al-Sabag also said that Turkey’s invasion of Idlib province threatens the security of the citizens of the country and its sovereignty. 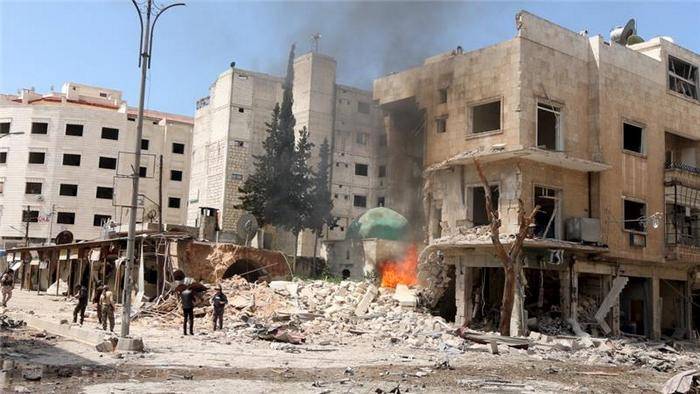 The Syrian parliament condemns such actions on the invasion of Turkey, which are completely unrelated to the agreement reached in Astana
- he declared.

Earlier, the Turkish General Staff reported that the Turkish military had begun to set up observation points in Syrian Idlib within the framework of the agreements reached in Astana.

At the initial stage, the Turkish contingent is deployed on the border between Idlib province and Afrin district, controlled by the self-defense forces of the Syrian Kurds, which Ankara considers to be a terrorist organization associated with the Kurdistan Workers Party banned in Turkey.

According to Turkish leader Recep Tayyip Erdogan, the operation is carried out to protect the civilian population. Damascus, in turn, strongly opposes the military presence of Turkey in Syria, reports RIA News

Ctrl Enter
Noticed oshЫbku Highlight text and press. Ctrl + Enter
We are
Russia at the Assembly of the Inter-Parliamentary Union in Vietnam will present a report on the war crimes of the Ukrainian security forces
Military Reviewin Yandex News
Military Reviewin Google News
38 comments
Information
Dear reader, to leave comments on the publication, you must to register.