Head of delegation: North Korea and Iran will remain brothers in arms for a long time

October 15 2017
25
The head of the DPRK delegation at the Assembly of the Inter-Parliamentary Union in St. Petersburg, Anh Don Chong, said that Pyongyang and Tehran will remain friends and brothers for a long time arms, Said RIA News. 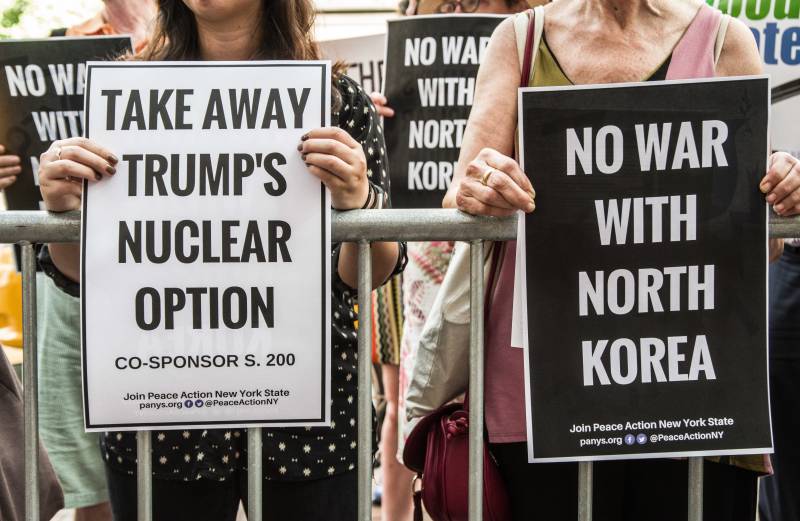 The representative of North Korea approached the head of the Iranian parliament, Ali Larijani, after Larijani left the meeting room and thanked him for speaking.

Your Excellency delivered a wonderful speech during this assembly. The DPRK and Iran will remain long brothers in arms and friends in their common struggle,
said An Don Chong.

In his speech, Larijani, in particular, noted that US President Donald Trump "not only does not adhere to international agreements, but has no respect for the UN and shows to all countries that the US government will not adhere to any obligations."

Meanwhile, US Secretary of State Tillerson said in an interview with CNN that Washington will continue diplomatic efforts to resolve the North Korean issue.

The President of the United States (Donald Trump) is focused on diplomatic efforts. He does not seek war,
said tillerson.

However, he pointed out that "diplomatic efforts will continue until the first bombs fall."

Pyongyang, despite the pressure of the world community, continues to develop its missile and nuclear programs. In early September, the DPRK announced the successful testing of a hydrogen warhead, and a week earlier a ballistic missile was tested there.

Ctrl Enter
Noticed a mistake Highlight text and press. Ctrl + Enter
We are
"A group of friends of Syria" became an apple of discord between Turkey and Iran
25 comments
Information
Dear reader, to leave comments on the publication, you must to register.