In Kyrgyzstan, choose a new president

October 15 2017
24
The situation at the presidential elections in Kyrgyzstan is still calm, no violations of the law have been fixed, reports RIA News the message of the Deputy Interior Minister Almaz Orozaliev. 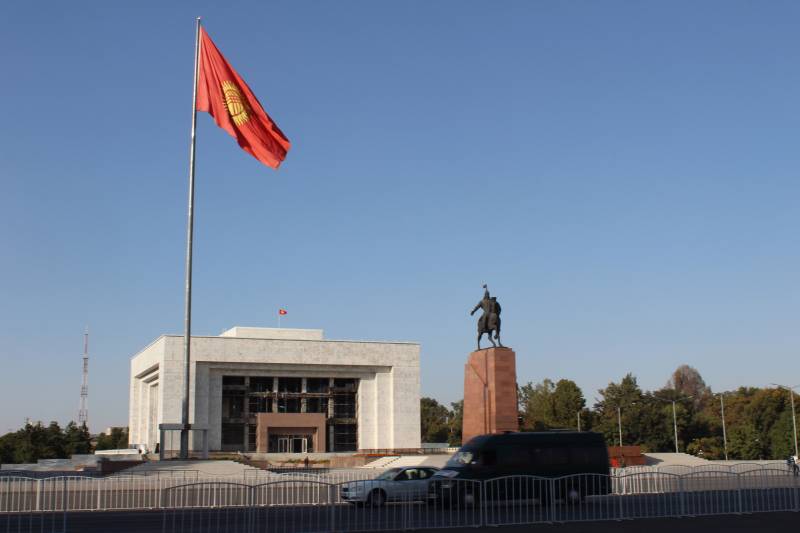 The situation in the republic is under control, no facts of violations of the electoral legislation have been fixed yet. No information has been received by us. This is the data on the 10 o'clock in the morning,
said Orozaliyev.

However, the situation in the capital of Kyrgyzstan cannot be called completely calm. On Sunday night, a group of people were detained in Bishkek, who “was engaged in searching for weapons to organize riots. " This was announced by the current President of the Republic Almazbek Atambayev.

Those who try to do this, I want to clean up to the end. There are times when people got up what they wanted, gone. Planted and will plant. Before December 1 (expiration of authority) I have enough time for such persons not to spoil the holiday,
said the head of state.

According to him, no one knows how the elections will end.

This suggests that the elections are really open and honest,
he noted.

On Sunday in Kyrgyzstan are presidential elections. 11 candidates apply for the top job. Initially, the CEC registered 59 people, but a number of candidates were subsequently withdrawn from the race, or they themselves recalled their candidatures. The term of office of the current President Atambayev is coming to an end on December 1. Under the constitution, he cannot claim a new term.

According to polls, the main contenders for victory are two ex-prime ministers of the country: Sooronbay Jeenbekov, nominated for the race by the ruling Social Democratic Party of the Republic (SDPK), and one of the opposition leaders Omurbek Babanov.