The Right to Know: Dmitri Trenin

October 17 2017
51
Political analyst Dmitry Kulikov in his program “The Right to Know!” Sometimes gives the floor to interesting people like Sergey Karaganov, a Kremlin analyst. Recently Dmitry Trenin, director of the Carnegie Moscow Center, spoke, who was introduced as our “Americanist”, that is, a specialist in the United States. And there was a feeling that Trenin is also from the Kremlin pool and influences Moscow’s strategy on America. What he said did not in the least contradict the American policy of Vladimir Putin, but fully corresponded. 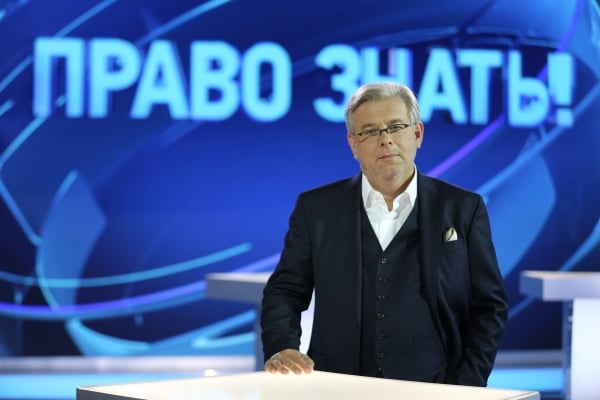 It turns out that a year and a half ago, our Americanists could not even imagine what was happening in America. That the American elites will be in such confusion, in such chaos. Donald Trump is both terrible and terrible, but the consequences of his presidency will be significant, which are unknown. However, it is expressed confidence that all the difficulties of the United States will be overcome, because the economy is afloat, and the country's resources are large.

At the same time, our Americanist is still concerned: no matter how America collapses, “because everyone will suffer,” and Russia, too. This is where Vladimir Putin comes to mind, our correct attitude towards America, the supply of the RD-180 rocket engines, and in general, the priority of some higher relations in relations with the West. Because Russia, of course, is part of Europe, and we must be wiser.

Our not-so-distant Western colleagues have turned Putin into a certain God, omnipotent and all governor, apparently because of his nearness. In fact, our Vladimir Vladimirovich always listens to the assembly of his advisers, and, it seems, to Dmitri Trenin.

However, thanks to their wisdom, we can miss some simple stupid trick of our close partners: they will not bother much if you can cause damage to Russia. It always does. A simple question: if America recovers and intensifies, Russia will not suffer from this? - they leave unanswered. When the USSR collapsed, our Western colleagues didn’t have such fears: everyone helped him to fall.

Another question: is it really all American elites in a stupor and in chaos? Did everyone go crazy right away? And maybe it is that America is transformed, and into something exceptional, for example, neo-Nazi? If you look at the US Vice President Michael Pens, for some reason I believe in it. And I can not believe that he, and the American generals around Trump, are at a loss and in a stupor.

The third question: if our Americanists could not even imagine a year and a half ago about what is happening in America today, it means that they cannot know what will happen to the United States in another year and a half, but then where, in general, is the confidence that America will overcome everything your difficulties? Is it because Russia is still Europe?

Our Americanists repeat, after one Congressman-Russophobe, that today the “White House is a kindergarten for adults”, but this Congressman himself may be a child, and we are happy to repeat his nonsense.

Dmitry Kulikov, however, noted that the United States will never respect our interests, and, at the earliest opportunity, "disassemble Russia for parts." Indeed, the analytical headquarters in the United States very much regret that they missed this opportunity in the 90s of the last century, when he was President Boris Yeltsin: they were confident that Russia would collapse after the USSR. Now they are scientists ...

Therefore, it is worth considering the question: maybe it’s time for Russia to stop caring about world stability on the foundation of the American financial system and economy? Perhaps it is better to overcome the difficulties of its disintegration than other difficulties? While we are thinking about world stability, the United States is about a preventive strike: the Russian Defense Ministry said recently that the United States “have begun to create shock complexes of an instantaneous global strike. When disarming a strike against Russian and Chinese strategic nuclear forces, the effectiveness of the American missile defense system increases. ”

In general, the question of the future of our world is, of course, existential. The USSR broke out, promoting the world communist revolution in the world, the United States is now promoting a world democratic revolution, in fact, a new, Western edition of communism, ”stated A. Zinoviev, our dissident philosopher, researcher of communism and the West.

The goals of both of these revolutions, in principle, are the same: the world domination of some perfect values, born equally in the Enlightenment era and the XIX century liberalism. If the USSR ruptured, why would the United States not rupture? Two thousand years ago, a biblical analyst reported that all the builders of the towers of Babel were doomed to collapse, to “confuse languages,” that is, to an explosion of nationalism, but modern analysts, even “have ears, but they cannot hear” ...

Ctrl Enter
Noticed oshЫbku Highlight text and press. Ctrl + Enter
We are
Results of the week. "Well, do not change me because of every idiot!"Yuri Drozdov: Russia prepared the role of the sacrificial calf
Military Reviewin Yandex News
Military Reviewin Google News
51 comment
Information
Dear reader, to leave comments on the publication, you must to register.