October 14 2017
114
President of Ukraine Petro Poroshenko said that he would give the Ukrainian military 200 units on Saturday weapons and technology, including more than 60 tanks. 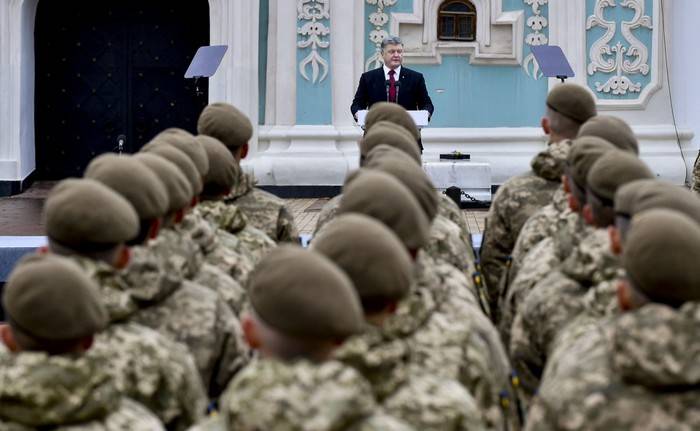 Today I am going to the troops to transfer the next batch of weapons and equipment - two hundred units. Of these, sixty-two tanks
- Poroshenko said, speaking on Saturday in the center of Kiev on the occasion of the Day of Defender of Ukraine and taking the oath by the Lyceum students of the Kiev Military Lyceum named after Ivan Bohun. His speech was broadcast by Ukrainian TV channels.

Further, Poroshenko on Saturday visited the Zhytomyr region, where he handed over to commanders of military units of the Armed Forces of Ukraine certificates for military equipment and weapons, the total number of which is more than 200 units. 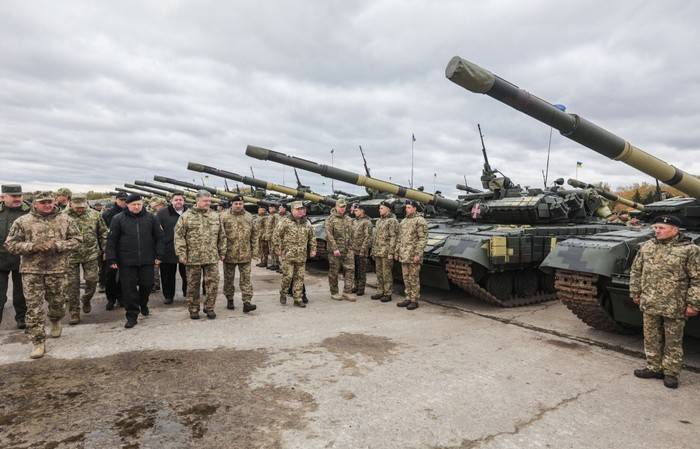 The head of state said that during this year, new types of Ukrainian weapons were adopted: the portable corsair missile system, the Kozak-2 armored vehicle, the Vulcan machine gun, the Р-414 and Р-402 radio relay stations, a signal mine, screen exhaust device "Adros", the crew of the crew of an armored personnel carrier BTR-4, and so on. In general, during the 2017 year, the APU has already transferred about 1300 weapons and military equipment, more than 22 thousands of missiles and ammunition.

By the end of the year, troops will receive more than a thousand units of weapons and military equipment.
- Petro Poroshenko told. According to him, a significant role in upgrading weapons is played by a radical increase in funding for the Armed Forces of Ukraine.

Photos used:
© official site of the President of Ukraine

Ctrl Enter
Noticed a mistake Highlight text and press. Ctrl + Enter
We are
Weekly summary (30 January-5 February) on the military and social situation in the DPR from the military officer "Mag"
114 comments
Information
Dear reader, to leave comments on the publication, you must to register.