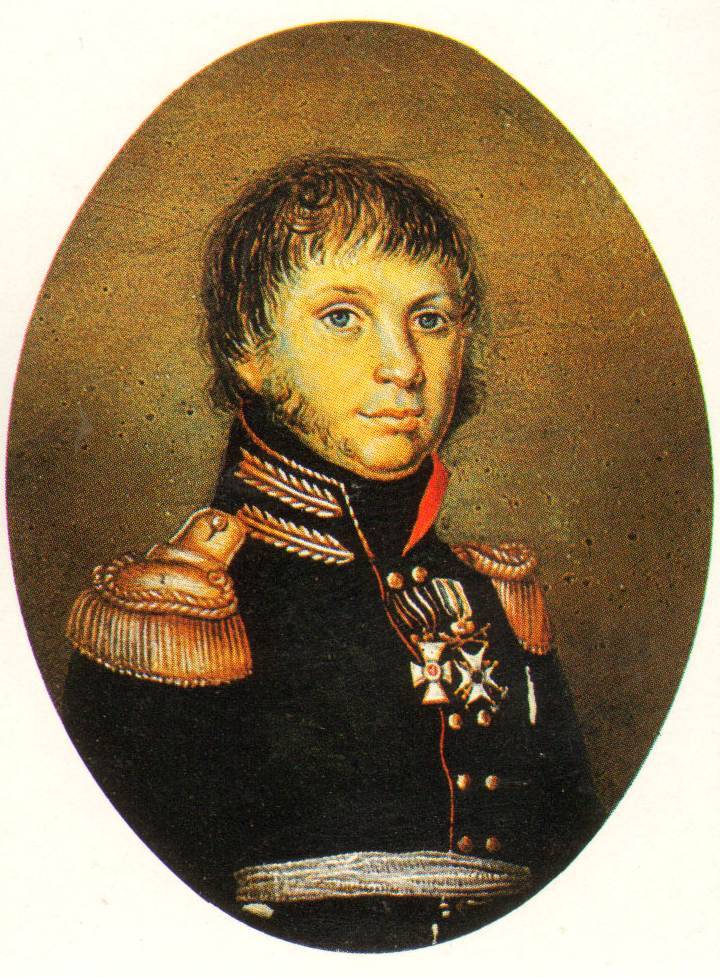 205 years ago, Russia fought against foreign invaders. It was the Patriotic War. The energetic organizer of the partisan movement was Alexander Figner, who started the war with the rank of head captain. Remember Tolstoy Dolokhov? Figner is one of his prototypes. Desperate brave man, he burned with hatred for the enemy, dreamed (like all partisans) to capture Napoleon Bonaparte. When the enemy occupied Moscow, he headed to the occupied city. A born intelligence officer, adventurer, actor, he changed outfits, posing as a Frenchman, then a German (the Baltic origin allowed!). To captivate Napoleon, as is known, he failed. But Figner managed to get important information from the French camp, and after leaving Moscow, he made a small detachment of volunteers.

The young officers were admired by Figner's reckless courage. He played with death like a brether. But not only for fame and certainly not for personal gain. He defended the Fatherland. Once the seven thousandth Napoleon squad drove the partisans into the forest adjacent to the impassable swamp. The French were confident that the Russians had fallen into a trap from which they could not get out alive. All night they guarded the partisans. With the dawn, a chain moved from all sides to the swamp. However, the partisan was not there. They wanted to follow the trail, but the horses immediately began to sink in the swamp. The French could not understand anything.

Legends about the ingenuity of Figner inspired the army. Once the French managed to press a partisan detachment to impassable swamps.

Enemies - seven thousand, fignerovtsy - a handful. Hopeless situation! At night, the French did not close their eyes, guarded the partisans in the trap, in order to deal with them in the morning. But when it dawned, it turned out that the swampy wood was empty. Russian and trace. What a wonderful salvation? There was no miracle, just once again, a military trick worked. In the dark Figner, risking his life, crossed the marsh over bumps. Two versts from the swamp there was a quiet village. Figner gathered the peasants, told them what was happening, and together they found a way out. In two accounts (every minute is a road!), Boards and straw were brought to the shore, and the road was spread in a swamp. The commander first checked the strength of the flooring, returned to the squad. He ordered the horses to be carefully transferred to a safe place — the French sentinels did not hear the suspicious sounds. Then the chain went people. The latter removed the boards and passed them on.

Even the wounded managed to get out of the trap, there was no trace of the road. Is it in this stories share of exaggeration? In the combat biography of Alexander Figner, Denis Davydov, Alexander Seslavin there were many incredible episodes - not a single dreamer will come up with such a thing. Figner himself (like Dolokhov) loved a spectacular pose, knew how to make an impression. He confessed in one of the reports: “Yesterday I learned that you are worried about learning about the forces and movement of the enemy, which was the only thing the French had yesterday, but today I visited them with an armed hand. After that, he again had talks with them. The captain Alekseev, whom I sent to you, will tell you better about everything that happened, because I am afraid to boast. ”

He understood that noisy popularity helps in battle, instills courage in the hearts of volunteers. It is worth paying attention to the elegant syllable of reports of Figner. Bright man, bright in everything! Master of hoaxes, performances.

Another time, the guerrillas were surrounded. The French cavalry was preparing for battle, Figner divided his squad into two groups. The first, which included cavalrymen of the Polish Ulan regiment, who wore a uniform very similar to the French, jumped out of the forest and rushed at their comrades, the Russian partisans. Arranged a shootout and even hand-to-hand combat. French observers decided that Figner is defeated. While they collected their thoughts, the partisans disappeared. But for the head of Figner, Napoleon was ready to pay dearly. The elusive partisan terrified the enemy.

Legends were about fiery cruelty of Figner: his squad sometimes did not spare the prisoners either. The war has infuriated him. Contemporaries explained the merciless disposition of the partisan: “Figner once saw how the French and Poles, having climbed into the village church, raped women and girls there, crucifying some of these unfortunates in advance in order to better satisfy their foul passion. Figner entered the church, freed the women who were still alive, and, having fallen down before the altar, he vowed not to spare even a single Frenchman and Pole. ”

He did not stop fighting attacks, even when experienced partisans needed a break. "Figner, peculiar in everything, often dressed as a simple worker or a peasant, and, armed with a blowgun instead of a stick and taking the cross of St. George in his pocket, in case of need to show him to the Cossacks whom he could meet, and in order to prove his identity, he walked alone intelligence while everyone rested. "

Legends of his exploits wandered through Europe. He did not stop secretly penetrating into cities occupied by the French in Germany.
In the overseas campaign, Figner formed the “Legion of Vengeance” of Germans, Russians, Italians — those who were ready to fight Napoleon. He still fought in a partisan style, wore the rank of Russian colonel with honor. The troops of Marshal Michel Ney pressed brave men to the Elbe ... Only the sword of the brave colonel remained on the shore. The waters of the German river closed over the wounded hero. The end! But besides the saber, fame was preserved.

The poet Hussar, the hero of 1812, Fedor Glinka dedicated to him wonderful poems:

Oh, Figner was a great warrior,
And not easy ... he was a sorcerer! ..
With him, the Frenchman was forever restless ...
As invisible as a flyer,
Everywhere unrecognized scout,
Then suddenly he is a fellow Frenchman,
That guest is with them: as a German, as a Pole;
He goes in the evening to the French at the bivouac
And the card flirts with them,
Sings and drinks ... and he said farewell
As if with brothers and relatives ...
But those who are tired at the feast will still sleep;
And he, with his team, with a sharp look,
Sneaking out of the woods under a slide,
How here! .. "Sorry!" They do not have pardon:
And without spending a cartridge,
Takes two thirds of the squadron ...