Update mode of the Arsenal of the Fatherland 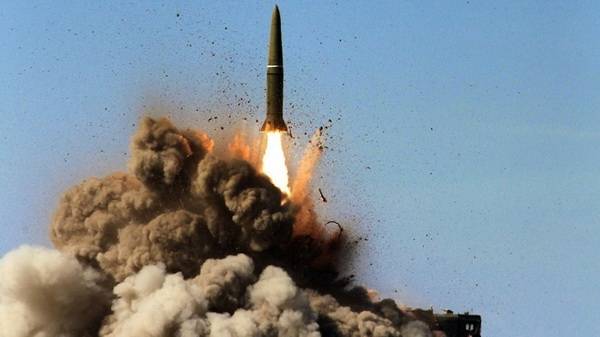 440 years ago - October 10 1577 of the year - for the organized manufacture of firearms weapons and the supply of troops to them appeared central artillery body - "Gun Order". As time went on, its names changed, but the tasks it solved mostly remained unchanged. About how the formation of the modern Main Rocket-Artillery Directorate, about its significant contribution to the Victory during the Great Patriotic War and about the development prospects in the light of large-scale modernization and rearmament taking place in the Armed Forces today, the Red Star Artillery Directorate, Lieutenant-General Nikolai PARSHIN.

- Nikolai Mikhailovich, such an important management, which is hidden today behind the acronym GRAU, it turns out, leads its history already with 1577 of the year, from the “Gun Order”. If you look so deep into the story, then the story about it will take more than one newspaper page. There is another known - less modest, but also an anniversary date connected with the history of management, which you head ...

- Life and combat practice in the middle of the 19th century suggested the need to create a single central government that would comprehensively resolve issues related to the production of weapons and ammunition, supplying troops, developing artillery science, training scientific and command personnel. And such a center 155 years ago was the Main Artillery Directorate (GAU). From the moment of its formation in December 1862 of the year to the present day, it is precisely this that determines the strategy of the scientific and technical policy in the field of armament of the national army.

With the formation of the State Agrarian University in the history of artillery, a qualitatively new stage began, marked by fundamental changes in all its branches. This was most clearly manifested in the Great Patriotic War. The scale of labor of GAU workers, who during this period supplied 150 troops with thousands of armament cars, artillery devices and property, more than 450 thousands of ammunition cars, during this period, speak for themselves these colossal numbers.

In the postwar years, new tasks came to the Main Artillery Directorate, which came along with the peace time. Its arsenals and bases carried out the reception of a significant amount of weapons and ammunition from the disbanded units, their repair and deployment for long-term storage.

And on November 19, 1960, taking into account that the Soviet Army began to be equipped with rocket weapons, the GAU was transformed into the Main Rocket and Artillery Directorate.

Over the past 5 years, more than 3,7 thousand units of modern weapons were delivered to the troops, which made it possible to re-equip more than 50 military formations

- What has changed since then?

- At present, the rocket-technical and artillery-technical support system, integrated into the overall logistics system of the Armed Forces, is an integral part of the state’s defense potential and a link between the country's economy and the troops consuming the products being produced, an effective mechanism that solves a whole complex of problems.

The main directions of its activity today are the re-equipment of the Armed Forces with modern samples of missile and artillery weapons and maintaining them in good condition, creating the necessary stocks of weapons, missiles and ammunition, military equipment, and preparing places for their storage. This is not the whole list of tasks assigned today to this service.

Taking into account the increased requirements for national security, changing the forms and methods of using troops (forces), the transition to promising missile and artillery weapons and increasing their combat power, the Main Agrarian University continues to actively improve the system of rocket-technical and artillery-technical support and in general its activities.

- And if you translate the results of the work into the language of numbers, with what success does the Main Rocket and Artillery Directorate approach the anniversary date?

“Of course, a lot of work has been done in the last 5 years. Judge for yourself, as part of upgrading modern missile and artillery weapons from 2012 to 2017, more than 3,7 thousand units of modern weapons were supplied to the troops, which made it possible to re-equip more than 50 military formations. Together with scientific institutions and industrial enterprises, everything possible is being done to ensure that modern samples are received as quickly as possible into the Armed Forces.

It is worth noting that the production base on arsenals is also developing, as a result of which the capabilities of the ammunition repair shops are increased more than 1,5 times. At the same time, work is underway to improve the storage conditions of weapons, missiles and ammunition - new storage facilities with infrastructure are being built, the composition of storage facilities is being optimized, new fire equipment, means of loading and mechanization are being supplied to the arsenals.

The regulatory legal framework for the organization of rocket-technical and artillery-technical support has been significantly improved, almost all basic documents have been republished.

- What can you say about promising developments in the field of rocket and artillery weapons?

- At the present time, work on one of such samples is being completed. This is a promising radar reconnaissance system of firing positions of enemy artillery and the adjustment of the fire of its artillery "Yastreb-AV", which in its tactical and technical characteristics is several times higher than the existing analogues both in our army and in foreign armies. The adoption of this complex will significantly improve the effectiveness of the use of their artillery and counter-battery combat.

- Pledge of high results - competent specialists. Is there a shortage of them, how is their training conducted today?

- Indeed, as you rightly noted, the capabilities of units and organizations of rocket-technical and artillery-technical support are largely dependent on the skills of the personnel in the operation of rocket-artillery weapons. For the first time, it was possible to concentrate the training of specialists in rocket-technical and artillery-technical support with a higher (engineer), secondary (technician) and primary (master) education levels at one university - a branch of the Military Academy of Logistics (Penza). As a result, the full cycle of training consists of alternating stages of training in relevant programs and further service in positions in accordance with the received education.

Thus, today the created system of rocket-technical and artillery-technical support, based on the acquired and accumulated experience over the many years of fruitful activity of the Main Rocket-Artillery Directorate of the Ministry of Defense, makes it possible to be sure that in its future activities the issues of the country's defense will be addressed at a high level.

Ctrl Enter
Noticed oshЫbku Highlight text and press. Ctrl + Enter
We are
List of destroyed the largest and most high-tech enterprisesMilitary reform as an integral part of the security concept of the Russian Federation: Systematic dynamic assessment
4 comments
Information
Dear reader, to leave comments on the publication, you must to register.