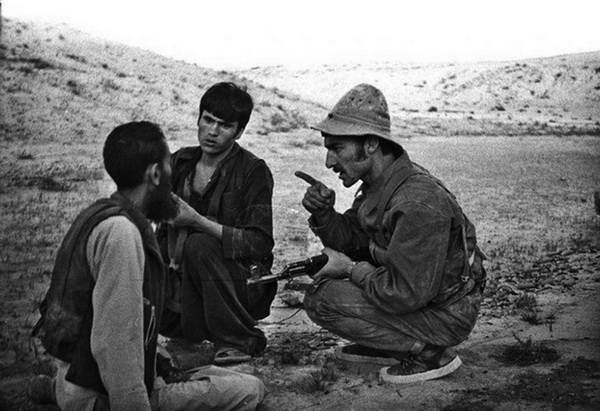 The leadership of the USSR Ministry of Internal Affairs sent its best cadres as advisers to work in regional departments of the Tsarandoy. And police officer Anatoly Voronin was among them the best of the best. And it is not by chance that he became an adviser to the special department (intelligence) of the Tsarandoy administration in the southern province of Kandahar, on the border with Pakistan. On the other side were caravans for "spirits" with weapons and ammunition. 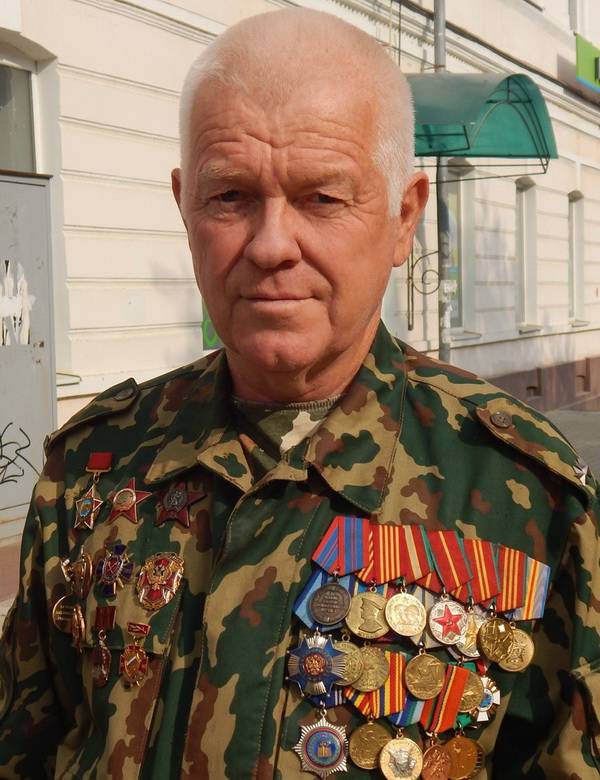 Voronin’s development as an operational worker began in December of 1972 — after he returned to his native Astrakhan, completing military service in the Soviet Army. At first, an ordinary policeman in the squad of PPS ROVD protected public order in Astrakhan. Then there was the service in the criminal investigation. It was then that Voronin’s abilities for investigative work became apparent. During his five years of service in the CAM, he revealed dozens of crimes. Voronin was awarded the rank of officer. He was appointed first as an operative officer, and then as head of the closed section "A" of the regional Department of Internal Affairs, which was engaged in undercover work in the criminal world. The object of his operational investigative activities were organized criminal groups operating in the 1980-ies in southern Russia. And in this post, Voronin proved himself to be a true professional. He, as a specialist in intelligence work, was sent by the leadership to Afghanistan.

- I got used to the service in Afghanistan not for long. The management structure of the tsarandoy in Kandahar was in many respects similar to our ATC, ”Anatoly Yakovlevich recalls today. - The commander of the department, Colonel Mir Akai, the department heads were trained in the USSR and spoke Russian quite well. And only in the intelligence department I had to talk to agents through an interpreter.

The Tsarandoi intelligence unit was recruiting agents and integrating them into “irreconcilable” gangs.

The withdrawal of Soviet troops from the DRA began in 1988, primarily from the southern province of Kandahar. Units of the 70-th separate guards motorized rifle brigade, other parts left the province before 1 August 1988. Moreover, the motorized rifle units were sent to the USSR along the Kandahar-Kushka highway with virtually no losses due to the successful joint operation of a group of Soviet troops under the overall command of Army General Valentin Ivanovich Varennikov and Kandahar security forces to display posts in the 2 defense zone of Kandahar.

“Our Tsarandoi intelligence unit engaged in recruiting agents and integrating them into“ irreconcilable ”gangs in order to identify the intentions of their leaders, conducting special operations to eliminate them, destroy weapons depots, ammunition and drugs,” Voronin said. - It was also important for us to drag other gangs to our side in order to conclude agreements on cooperation with them. Often the “contractual” gang went to another province, and in return we “received” gangs from another region that we did not have contractual obligations with. And everything had to start over.

Since January 1988, the situation in the province has become very complicated. The policy of national reconciliation proclaimed by the President of the Democratic Republic of Afghanistan Najibullah did not have much effect. Gangs of Mujahideen, who went to Pakistan for the winter, came back and, forcing down the outposts of Tsarandoy and the Afghan army, began to threaten Kandahar itself. In order to throw the bandits out of the outskirts of the city, a joint military operation was carried out.

- I remember the meeting of the commanders of the 70 brigade and representatives of advisory contracts, held under the leadership of Valentin Ivanovich Varennikov. I had to represent the interests of the Tsarandoia, - says Anatoly Yakovlevich with a smile. - Our army commanders report to the army general information about the situation, and this information at that time is already outdated. I had to express my point of view on the operation, based on the latest data from Afghan agents. Valentin Ivanovich did not immediately accept my recommendations. But then I decided to carry out the operation, taking into account the special opinion of Tsarandoy.

Success in the operation was not achieved immediately. The “Spirits” fiercely resisted the Soviet troops who participated in the operation at its first stage, and then the Afghan security forces, which were to become a reliable guarantor of a quiet life in Kandahar. But thanks to the intensive processing of the "green stuff" of the SZO Grads and Hurricanes, the bombing by strategic forces aviation USSR Air Force gangs were knocked out of the suburbs of Kandahar.